Home Test page Pope: Promote a politics not only for people, but with people

Pope: Promote a politics not only for people, but with people 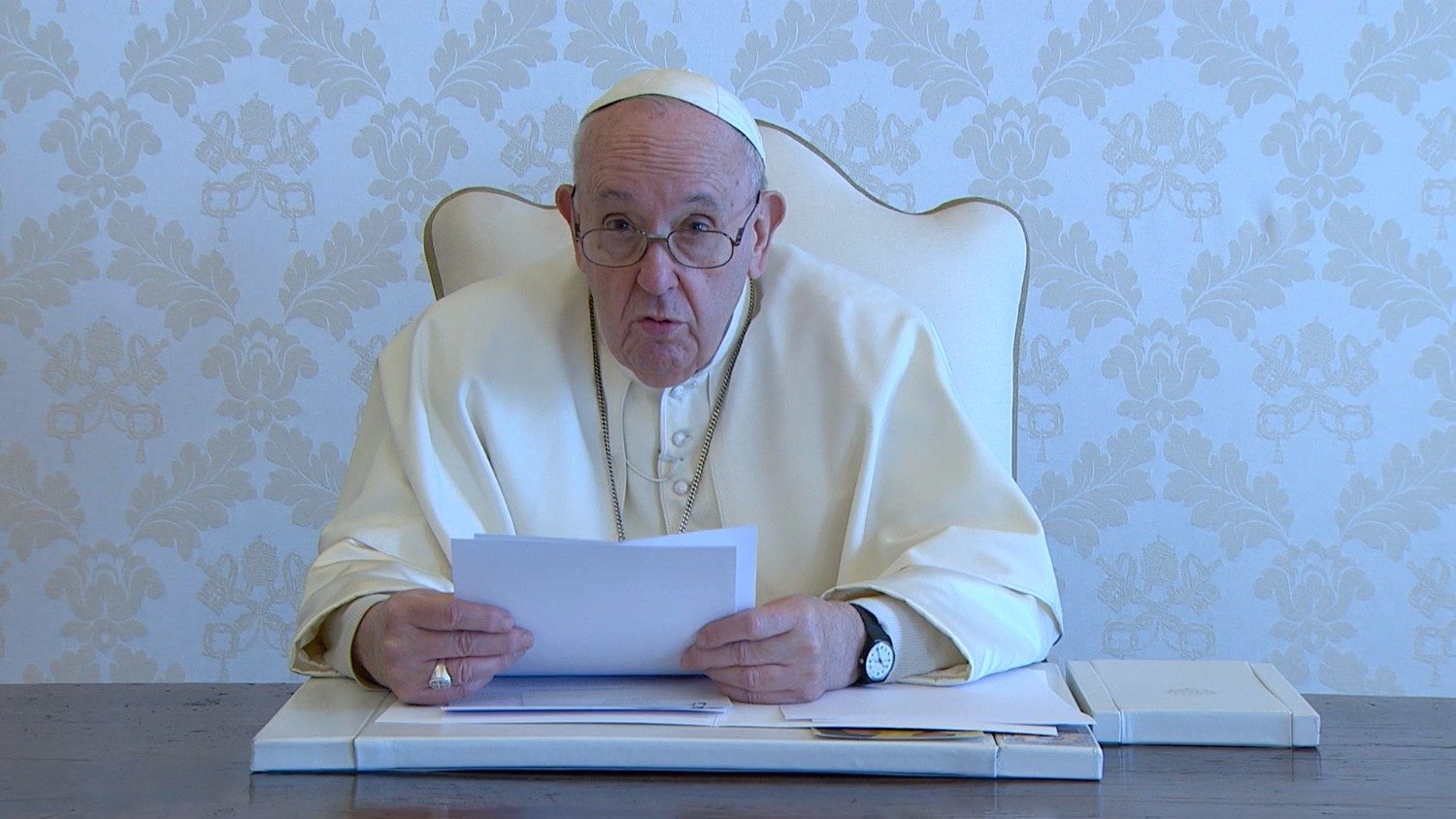 Opening his video message to participants of the International Conference “A Politics Rooted in the people”, Pope Francis greets the numerous organisations present.

Starting with the Centre for Theology and Community in London, who organised the event, the Pope also greets, in particular, “the Catholic Campaign for Human Development, which is celebrating 50 years of helping poor communities in the United States to live more worthily by promoting their participation in decisions that affect them.”

Towards the three T’s

The Pope notes that all the other organisations present, from various parts of the world, “also work in this dimension”.

He explains that their mission is to “accompany the people in their struggle for ‘la tierra, el techo y el trabajo’, the famous three ‘T’s’, [land, roof and work], and to stand by them when they encounter attitudes of opposition and contempt.” Their work and witness since the start of the pandemic has become “that much more urgent and necessary,” he adds.

The Pope then goes on to describe one of the goals of the meeting as unveiling that “the true response to the rise of populism is precisely not more individualism but quite the opposite: a politics of fraternity, rooted in the life of the people.”

The Conference is based on the themes discussed in the Holy Father’s recently published book “Let us Dream”. In this book by British journalist Austen Ivereigh, the Pope continues, “I call this a ‘politics with a capital P’, politics as service, which opens new pathways for the people to organise and express itself.”

This type of politics, he continues, is “not just for the people, but with the people, rooted in their communities and in their values.”

The Pope goes on to note that “when people are cast aside, they are denied not just the material wellbeing but the dignity of acting, of being a protagonist of their own destiny and history, of expressing themselves with their values and culture, their creativity and fruitfulness.”

He explains that it is for this reason that it is “impossible” for the Church to separate the promotion of social justice from the recognition of the culture and values of the people, which include the spiritual values that are the source of their sense of dignity.”

The Pope then says that many of those gathered have spent many years “walking with the people’s movements”, a task which he described as often being “uncomfortable” because of the numerous accusations of “being too political” or “trying to impose religion”.

“But you understand that respect for the people means respect also for their institutions, including their religious ones; and that the role of those institutions is not to impose anything but to walk with the people, reminding them of the face of God who always goes before us,” he adds.

A true shepherd is everywhere

“The true shepherd”, continues the Pope, “is one who seeks to walk in front, among, and behind the people: in front, to point out to them something of the way ahead; among them, to feel with the people and not to go wrong; and behind, to assist the stragglers and to allow the people, with its own nose for these things, also finds for itself the right paths.”

The Pope notes that it is precisely for that reason that in Let Us Dream, “I speak of a desire: that every diocese in the world have an ongoing collaboration with the people’s movements.”

May you light the way

Just as “going out to meet the risen, wounded Christ in our poorest communities allows us to recover our missionary vigor”, a politics that turns its back on the poor “will never be able to promote the common good,” says the Pope.

Concluding his video message, the Pope notes that “now, more than ever, we must build a future from below, from a politics with the people, rooted in the people.”

“May your conference help to light the way.”

Share on FacebookShare on TwitterShare on PinterestShare on EmailShare on LinkedIn
At Vatican abuse trial, priests cast doubt on testimony of witnessPope Francis: Prayer made St Teresa of Ávila an exceptional woman