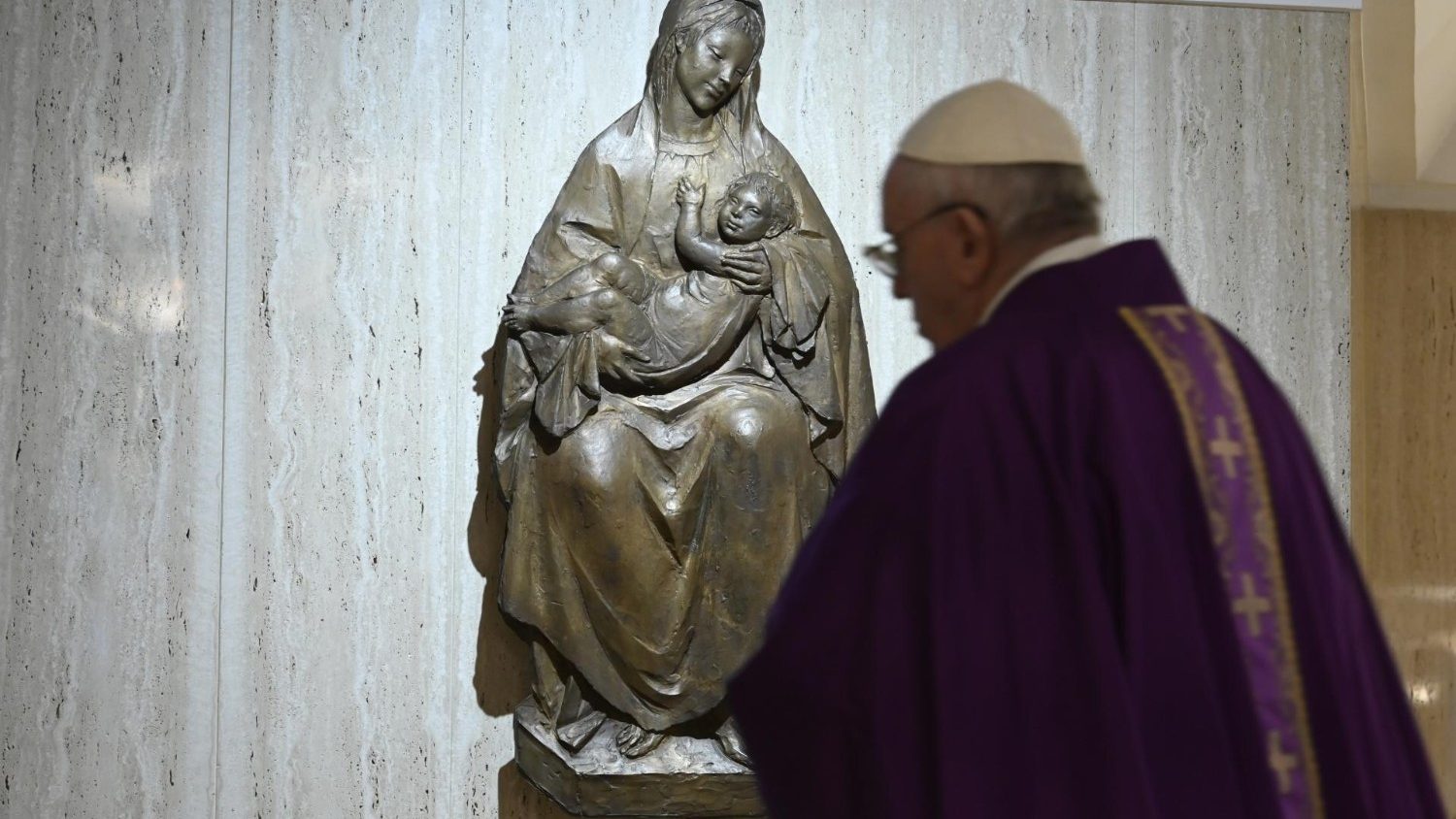 In his prayer intention for Friday, during Mass at the Casa Santa Marta, Pope Francis remembered those who are already focusing on the issues that will arise after the Covid-19 pandemic, including poverty, unemployment, and hunger. “We pray for all the people who help today, but also think of tomorrow, to help us all”, he said.

On this Passion Friday, which commemorates Mary’s sorrows, Pope Francis dedicated his homily to Our Lady of Sorrows. Today, he said, “it will do us good to think about Our Lady’s Sorrows and to thank her because she accepted to be a Mother.”

Pope Francis recalled that, “Christian devotion has collected Our Lady’s sorrows and speaks of the “Seven Sorrows”.

The first, he said, is “just 40 days after the birth of Jesus, Simeon’s prophecy that speaks of a sword that will pierce her heart”. In the second sorrow, “she thinks about the flight to Egypt to save her Son’s life”, while the third recalls, “those three days of anguish when the boy remained in the temple.”

The fourth and fifth sorrow, he said, see Our Lady meeting Jesus on the way to Calvary and his subsequent death on the Cross.

Pope Francis noted that in the sixth and seventh sorrow, Mary continues to accompany Jesus when he is taken down from the Cross and then buried.

“It is good for me”, said the Pope, “late in the evening, when I pray the Angelus, to pray these seven sorrows as a remembrance of the Mother of the Church”, who, with so much pain, gave birth to all of us.

“Our Lady never asked anything for herself”, Pope Francis underlined.  “She only agrees to be a Mother.” She accompanied Jesus like a disciple, because the Gospel shows that she followed Jesus: with her friends, pious women, “she followed Jesus, she listened to Jesus”.

The Pope issued an invitation to “Honour Our Lady and say: ‘This is my Mother’, because she is a Mother. And this is the title she received from Jesus, right there, at the moment of the Cross.”

“Our Lady did not want to take away any title from Jesus”, said Pope Francis, “she received the gift of being His Mother and the duty to accompany us as Mother, to be our Mother. She did not ask for herself to be a quasi-redeemer or a co-redeemer: no. The Redeemer is one and this title does not duplicate.”

Concluding his homily, the Pope invited the faithful to thank Our Lady for being a Mother, and to “stop a little and think about Our Lady’s pain and sorrows”.

Share on FacebookShare on TwitterShare on PinterestShare on EmailShare on LinkedIn
Don't surrender to your loneliness so quicklyCovid-19: CELAM President calls for love and compassion for those who suffer