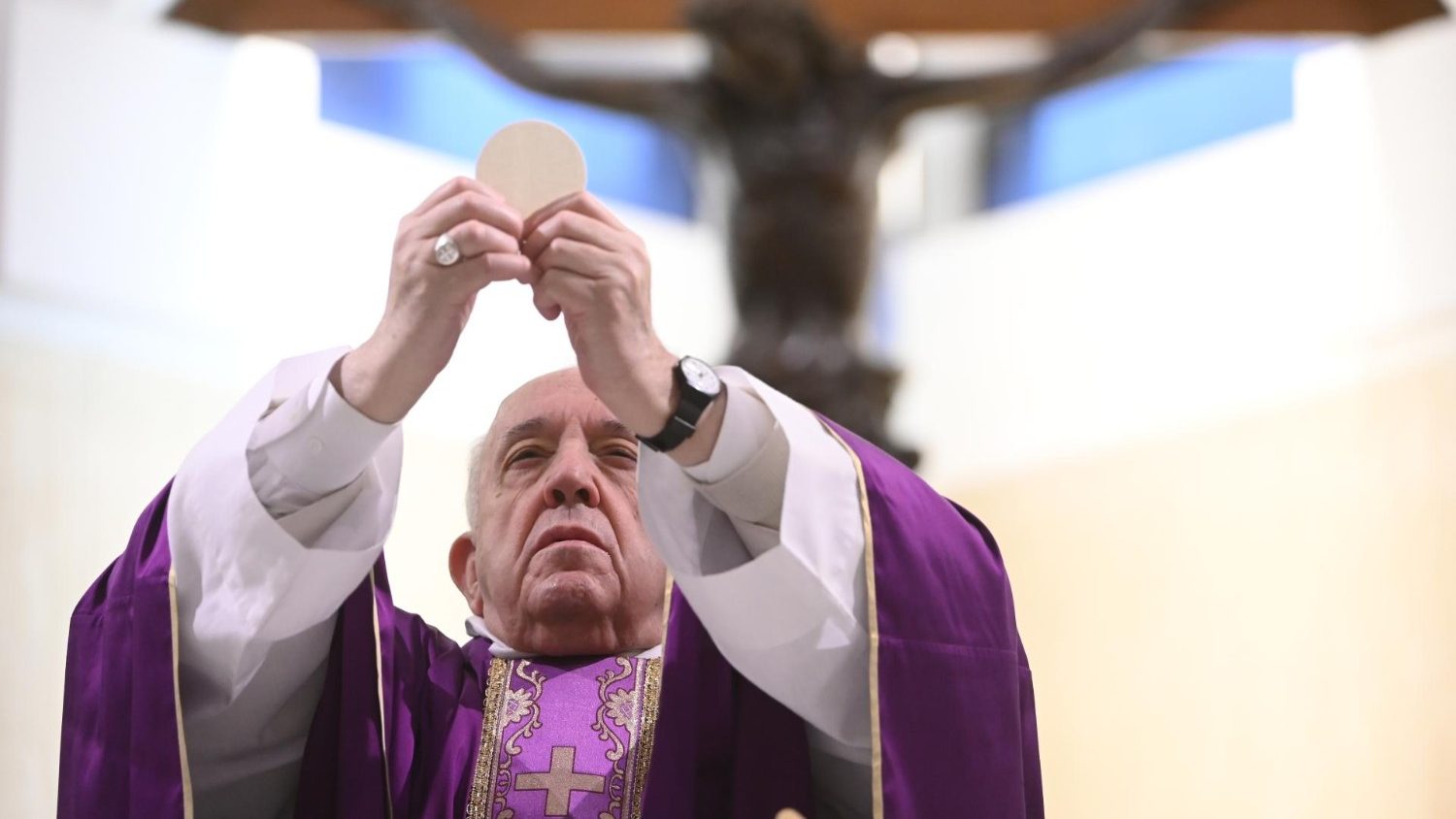 In his opening words at Mass at the Casa Santa Marta, Pope Francis said “these days of sorrow and sadness highlight so many hidden problems.”

And he invited the faithful to ask St. Teresa of Calcutta to awaken in us a sense of closeness to those who live, hidden, in the cracks of society, like the homeless whose plight is particularly evident in this moment of crisis.

We have been chosen by God

In his homily, the Pope explained that Christians must be conscious of having been chosen by God, joyful as they tread the path of salvation, and faithful to the Covenant.

Commenting on the readings of the Day, from the Book of Genesis and from the Gospel according to John, the Pope noted they both focus on the figure of Abraham, on the Covenant with God and on how Jesus comes to “remake” creation by forgiving our sins.

“The Lord has made us a promise and now He asks us to enter into a Covenant, a Covenant of faithfulness,” he said.

We are Christians, Pope Francis explained, “because we are elected, chosen by God, and we have received a promise of fruitfulness, to which we must respond with fidelity to the Covenant.”

“A Christian isn’t someone who can just show their baptismal certificate. A certificate of baptism is just a piece of paper. You are a Christian if you say ‘yes’ to the election of the Lord, if you follow the promise that the Lord has made to you and if you live the Covenant with God. This is the Christian life,” he said.

The Pope explained that our sins are against three dimensions: not accepting the election by worshipping idols, not hoping for the promise, and forgetting the Covenant.

The Lord, he reminded the faithful, always remembers His Covenant, and never forgets His people.

Elaborating on the fact that each one of us is a chosen one, and that in this election there is the promise of hope and the sign of fruitfulness, the Pope recalled that when the Lord told Abraham He had chosen him to be “the father of a multitude of nations,” He also told him to be fruitful in faith “which will flourish in good works,” and to “observe the Covenant with me”.

Pope Francis concluded saying “This is the revelation that the Word of God gives us today about our Christian existence. Let it be like that of our father: conscious of being chosen, joyful in going towards a promise and faithful in making the Covenant.”

Share on FacebookShare on TwitterShare on PinterestShare on EmailShare on LinkedIn
4/2 Coronavirus Tracker: Exposing the essential, debating religious liberty exemptionsBe like Mother Teresa during the coronavirus crisis, urges Pope Francis