Pope prays at Mass for those caring for persons with disabilities 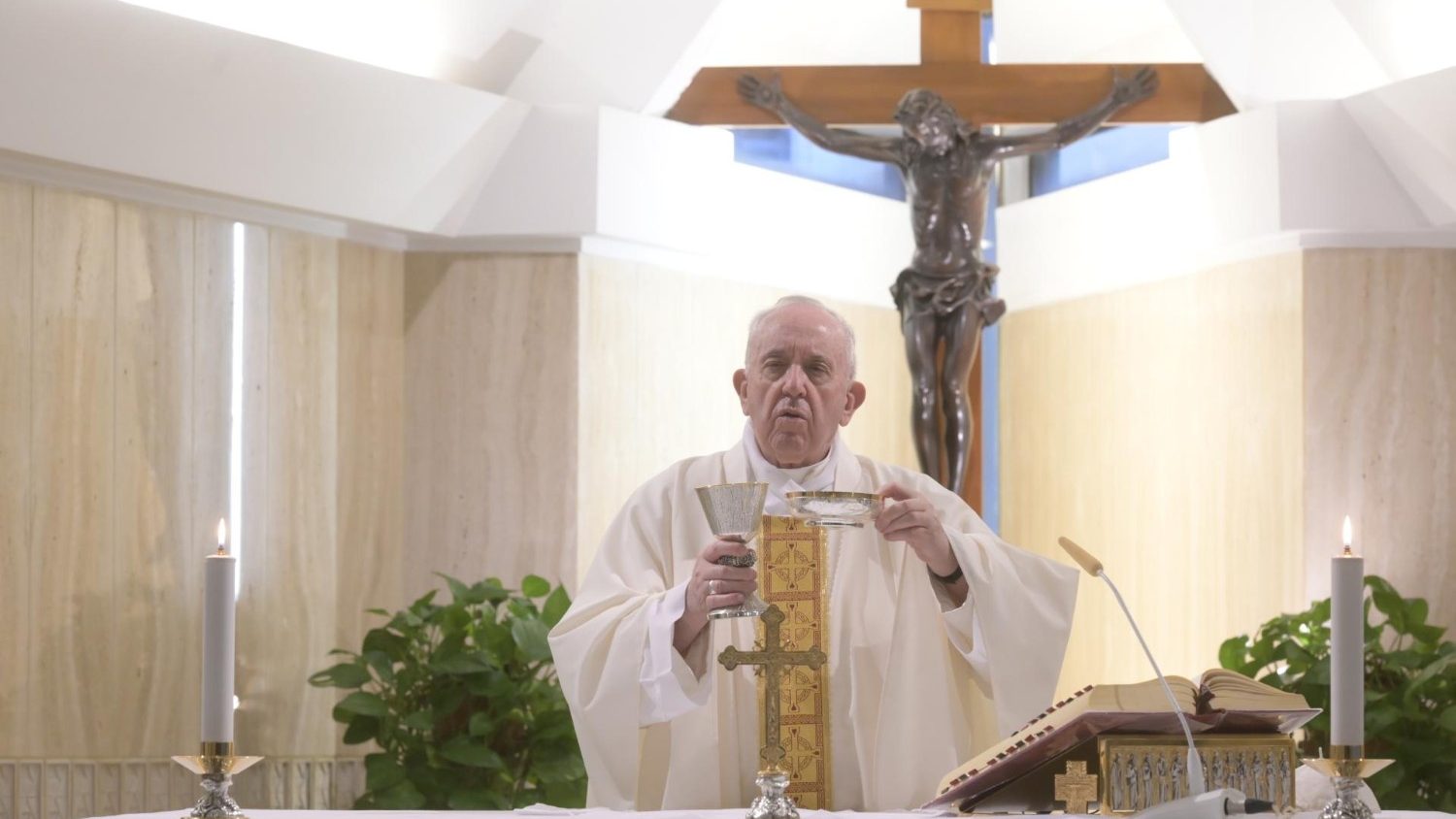 “Yesterday, I received a letter from a sister who works as a Sign Language interpreter for the deaf.” These were the words with which Pope Francis began the Saturday morning liturgy in the Chapel of the Casa Santa Marta.

He continued, saying he has come to understand how difficult it is for health care providers to care for persons with difficulties. “So let us pray for those who are always at the service of these persons with various disabilities”.

In his homily, Pope Francis focused on the boldness with which the Apostles preached the Gospel after Pentecost. His inspiration came from the first Reading in which the chief priests, elders and scribes were astonished at the “boldness” of Peter and John (Acts 4:13-21).

Peter and John – two “uneducated men” – pushed the chief priests, the scribes and the elders into a corner specifically because of their boldness. The religious authorities were so astonished that they could not respond to the very facts before their eyes. A man had been healed when Peter and John had called on the name of the Lord.

Pope Francis drew attention to the importance of the Greek word, parrhesia. It is often translated as boldness, frankness, or courage. It became “the style of Christian preachers in the Acts of the Apostles”, the Pope said.

“It is that Christian courage which drives someone to speak openly…. For example, in the Acts of the Apostles, it says that Paul and Barnabas sought to explain the mystery of Christ to the Hebrews with boldness and preached the Gospel boldly”.

Don’t throw your confidence away

Parrhesia is so characteristic of Christians, said the Pope, that if a Christian does not possess it, “you are not a good Christian”. Then he quoted a passage from the Letter to the Hebrews, which the Pope said he “likes a lot”. The author becomes aware that the Christian community has begun to lose their original boldness. They had become tepid. “Remember the days past when, after you had been enlightened, you endured a great contest of suffering… Therefore, do not throw away your confidence” (Heb 10:32, 35).

That boldness, however, meets with the hardened, closed, corrupt hearts of the chief priests, scribes and elders.

“They do not know what to do…. They remained astonished… Instead of accepting the truth that they saw before them, their hearts were so closed that they chose the way of diplomacy, the way of compromise. They had really been backed into a corner because of their boldness. They did not know how to get out of the situation. It never entered their mind to say: ‘Could this be true?’”

Their way out is to threaten Peter and John, and order them never to speak or teach in Jesus’s name again. The Apostles’ response is incredibly bold given the fact that Peter had cowardly denied Jesus so recently. “You must judge whether in God’s eyes it is right to listen to you and not to God. We cannot promise to stop proclaiming what we have seen and heard” (v. 19). “What happened to the heart of this man?” the Pope asked.

“The gift of the Holy Spirit: frankness, courage, parrhesia, is a gift, a grace that the Holy Spirit gives to him on the day of Pentecost. Right after having received the Holy Spirit they went out to preach courageously, something new for them”.

Mark of a Christian

The Lord rebukes His disciples in the Gospel (Mark 16:9-15) precisely because of their “unbelief and hardness of heart”, the Pope continued. They had refused to believe that He had risen based on the word of those who had seen Him. They receive the courage necessary to “go out to the whole world to proclaim the good news to all creation” when Jesus gives them the “strength of the Holy Spirit”, saying to them “Receive the Holy Spirit”.

“The mission begins right here, from this gift that makes us courageous, bold in proclaiming the Word.

Pope Francis concluded his homily with a prayer.

“May the Lord help us to always be like that: courageous. This does not mean imprudent – no, no. Courageous. The Christian’s courage is always prudent, but courageous”.

Share on FacebookShare on TwitterShare on PinterestShare on EmailShare on LinkedIn
Jesus Christ, the Personification of MercySecond Sunday of Easter: Honest Thomas