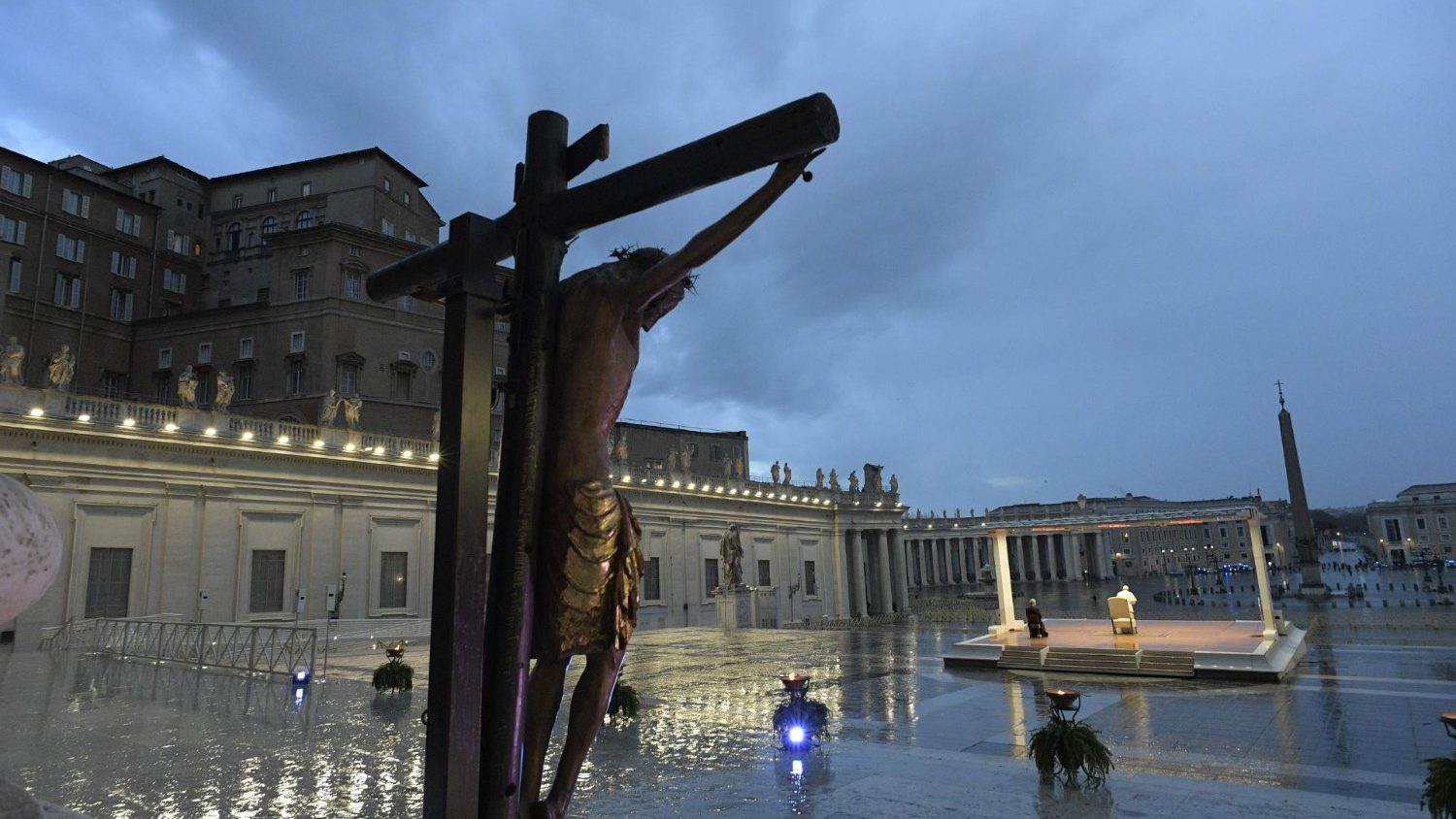 In a book preface released on Monday, Pope Francis reflected on the lessons Christians have learned from the Covid-19 pandemic.

“Communion and Hope” was prepared by Cardinal Walter Kasper and Father George Augustin, and contains theological reflections from various authors about “witnessing the faith in times of coronavirus”.

“Like a sudden breaking storm, the coronavirus crisis has caught us all by surprise, abruptly changing on a global level our personal, public, family and working lives,” he wrote.

Many people, he lamented, have lost loved ones, as well as their jobs and financial stability. In many places, even Easter was celebrated in an unusual and solitary manner, and people were left unable to find solace in the Sacraments.

“This dramatic situation,” wrote Pope Francis, “highlights the vulnerable nature of our human condition, limited as it is by time and contingency.”

The pandemic has also forced us to question the roots of our happiness and to rediscover the treasure of our Christian faith, he added.

“It reminds us that we have forgotten or simply delayed attending to some of the key issues in life. It is making us evaluate what is really important and necessary, and what is of secondary or only superficial importance.”

Solidarity in times of trial

The Pope called this “a time of trial” which gives us the chance to reorient our lives toward God.

“The crisis,” he said, “has shown us that, especially in times of need, we depend on our solidarity with others. In a new way, it is inviting us to place our lives at the service of others. It should make us aware of global injustice and wake us up to the cry of the poor and of our gravely diseased planet.”

Pope Francis went on to reflect on the meaning of the unique Easter that many Christians were forced to celebrate alone.

The Easter message of Christ’s victory over death, he said, showed Christians that we cannot remain paralyzed in the face of the pandemic.

“Easter brings us hope, trust and encouragement. It strengthens our sense of solidarity,” said the Pope. “It speaks to us of overcoming past rivalries so that we may see each other, above and beyond any differences, as members of one large family, where we bear each others’ burdens.”

The risk of contagion from a virus, added the Pope, should teach us how the “contagion” of love passes from one heart to another.

“I am grateful,” he said, “for the spontaneous acts of altruism and heroic dedication shown by carers, by doctors and priests. In these past weeks we have felt the strength which comes from faith.”

Pope Francis said the initial phase of the pandemic forced governments to ban public Masses, leaving many Catholics to undergo a “time of painful Eucharistic fast.”

“Many found the presence of the Lord wherever two or three gathered in His name.”

He said livestreamed Masses were an “emergency measure” for which many were grateful. “But virtual transmission is no substitute for the living presence of the Lord in the celebration of the Eucharist.”

The Pope expressed his gratitude that Catholics in many parts of the world can return to a normal liturgical life.

“The presence of the Risen Lord in His Word and through the celebration of the Eucharist will give us the strength we need to resolve the difficulties and challenges that we will face after the coronavirus crisis.”

Pope Francis concluded the preface expressing his hopes that the book will help people discover “a new sense of hope and solidarity.”

“Just like the disciples on the road to Emmaus, the Lord will also accompany us in future through His word and through the breaking of bread in the Eucharist. And He will say to us: “Do not be afraid! For I have overcome death.’”

“Communion and Hope” was published by the Vatican Publishing House (LEV) in the original German in June. The Italian version was released last week.

Cardinal Walter Kasper is the president emeritus of the Pontifical Council for Promoting Christian Unity.

In 2005, Fr Augustin founded the Walter Kasper Institute, which is part of the Philosophical-Theological University of the Pallottines at Vallendar. He also serves as a consultant for the Pontifical Council for Promoting Christian Unity, as well as the Congregation for the Clergy.