Pope on Civiltà Cattolica: ‘More than a review, a true spiritual experience’ 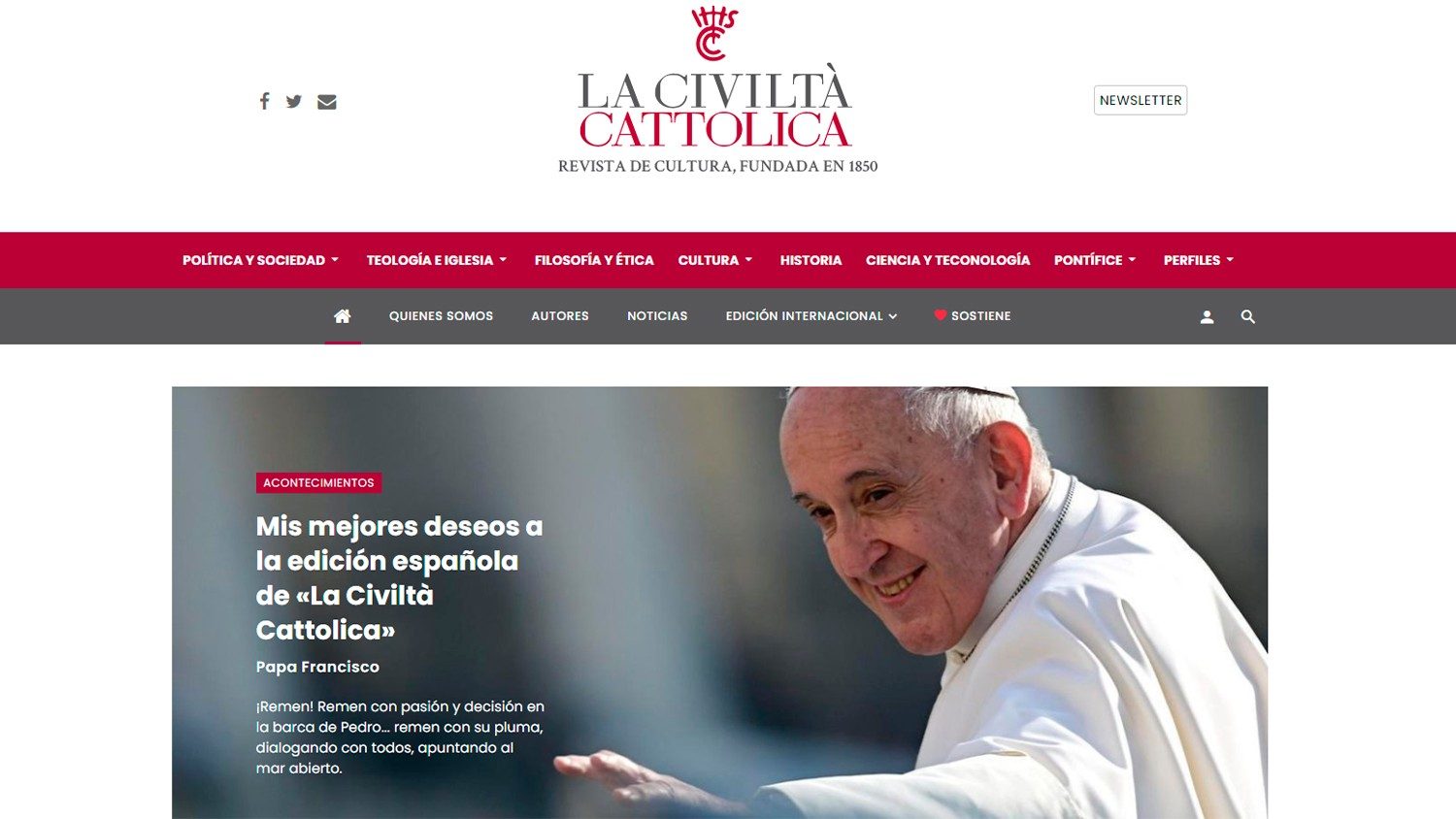 The Spanish edition of La Civiltà Cattolica expands its publications in a completely renewed format at the address www.laciviltacattolica.es. And it does so with a special message from Pope Francis on occasion of the beginning of the Ignatian Year during which the Society of Jesus will celebrate 500 years of the conversion of the saint of Loyola.

“Your review is one of a kind in its genre,” wrote the Pope, addressing himself to the writers and collaborators of La Civiltà Cattolica. He added, “More than a review, it is a true spiritual, communitarian, and intellectual experience.”

Following the path of internationalization begun in 2017, the review founded in 1850 by the Jesuits in Italy is already published in 8 languages. And as Francis has written, laciviltacattolica.es by itself will be able to reach “readers of the 21 countries that speak Spanish.”

The new version of the edition in the Spanish language, exclusively digital, will be overseen directly “at home” by the Fathers of Villa Malta in Rome in close connection with the Latin American and Spanish cultural and ecclesial world.

Another characteristic of the new project of the review – in which the galley proofs are reviewed directly by the Secretariat of State of the Holy See – is the accessibility of all of its contents organized by themes; these will be published fully and without cost to the readers. The challenge is to sustain this new initiative exclusively by free donations.

“Row! Row with passion and determination in the barque of Peter as good Jesuits. Row with your pen, dialoguing with everyone, pointing toward the open sea where God is to be encountered.”

This is the invitation and the good wishes of Pope Francis in his message which concludes: “Especially in this time of crisis, with your reflection you make available to the whole of humanity the Gospel of the Reign of God as a resource for salvation in our time.”

Subscribing to the newsletter of the review (http://eepurl.com/hw09sL), it will be possible to receive the new articles freely each Friday arriving as an email in your Inbox.

The Spanish edition of La Civiltà Cattolica is also present on Facebook (https://www.facebook.com/civiltacattolica.es) and Twitter (https://twitter.com/CivCatt_es) with their official accounts.

For information and contacts: communicaciones@laciviltacattolica.es