Home Test page Pope: never give up the dream of a world without wars

Pope: never give up the dream of a world without wars 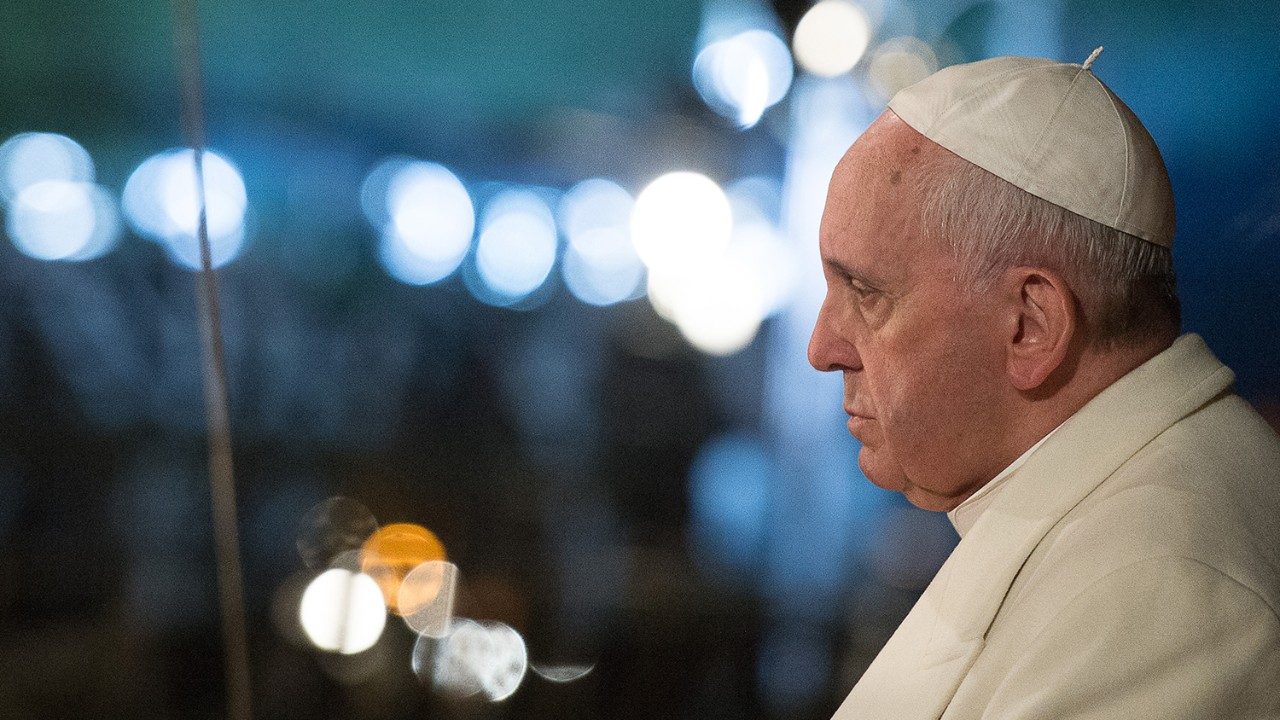 “Peace on Earth. Fraternity is possible” is a collection of the words and speeches of the Pope on peace and fraternity.  It evokes the landmark 1963 encyclical of Saint Pope John XXIII, “Pacem in Terris” (Peace on Earth).

The book is part of an ecumenical series by the Vatican Publishing House (LEV), “Exchange of Gifts”, which aims to highlight the ties between the Christian Churches.  The volumes of the series are introduced by representatives of the Churches not in communion with the Roman Catholic Church.  The preface to the “Peace on Earth. Fraternity is possible” has been written by Pope Tawadros II, Patriarch of the Coptic Orthodox Church of Alexandria in Egypt.  Excerpts from the book was published by the Italian daily La Republica on Sunday.

Forgetting the lessons of history

In his conclusion to the book, Pope Francis begins with today’s realities, that of millions of human beings who aspire to peace but are still “threatened by war, forced to leave their homes, affected by violence.” “This aspiration, so legitimate, is often trampled on or disregarded,” says the Pope.  He points out that with the disappearance of the generation that lived through World War II, we quickly “forget the lessons of history.”

Pope Francis recognizes that “today war is being dangerously ‘re-evaluated’”.  People easily opt for war by advancing all kinds of apparently humanitarian, defensive or preventive excuses, even resorting to the manipulation of information. In his characteristic style, the Holy Father thus asks consciences: “Are we aware of the suffering of so many for the war? Are we aware of the risks for mankind?” “Are we distracted and focused on our own interests?”.  We are calm because the war does not touch us from nearby, he says, adding that these questions “should disturb the political leaders who will answer before God and the people for the continuation of wars”.

The Pope evokes his concept of a third world war “fought ‘in pieces’, with crimes, massacres and destruction,” and says that living in tranquility with wars around us would by dulling the conscience.

This often happens in countries not affected by wars but are disturbed by issues such as the arrival of refugees. It is these refugees, the Pope points out, who are the “witnesses of war, the sorrowful ‘ambassadors’ of the unheard demand for peace” who “make us experience first-hand how inhuman war is”. “Let us listen to their painful lesson of life!” the Pope urges, adding, “Welcoming refugees is also a way of limiting the suffering of war and working for peace.”

Pope Francis thus invites all to avoid slipping into indifference, saying “indifference is complicit in war”. Rather, one should “try to act for peace without tiring”. Even if one cannot act directly on conflicts vigilant public opinions can do much.  People can exert pressure on their own country and the international community.

Denouncing the mafia and criminality that “carry out real wars today, destroying peace for their own interests”, the Holy Father launches an appeal not to respond to violence with more violence.  Recalling the words of Jesus in Gethsemane, the Pope says,  “Those who wield the sword will, in turn, experience violence.”  “And conflicts, once opened… are sometimes transmitted from generation to generation.”  “How can one be a Christian with a sword in hand? How can one be a Christian who makes ‘swords’ which others use to kill each other?” will kill themselves? Today, unfortunately, deadly and sophisticated armaments are being made ”.  Hence arms trade must be stopped, the Pope says, adding there is no justification to it, even to avoid joblessness.

The spirit of Assisi

On a concluding note, Pope Francis draws consolation from the fact that “in all cultures and religions, a seed of peace” as witnessed by the meeting convened by Saint John Paul II in Assisi in 1986.   “The world has changed so much since 1986. But we need, … more than yesterday, the collaboration and the prayer of religions, also to delegitimize violence in the name of God.”

A world without wars

The Pope’s final appeal is not to resign oneself to war “as a daily companion of humanity” with so many children growing up in the shadow of conflict.  War, the Pope believes, can be abolished as was the case with slavery. “We must not give up the dream of a world without wars. May all the peoples of the earth enjoy the joy of peace!”