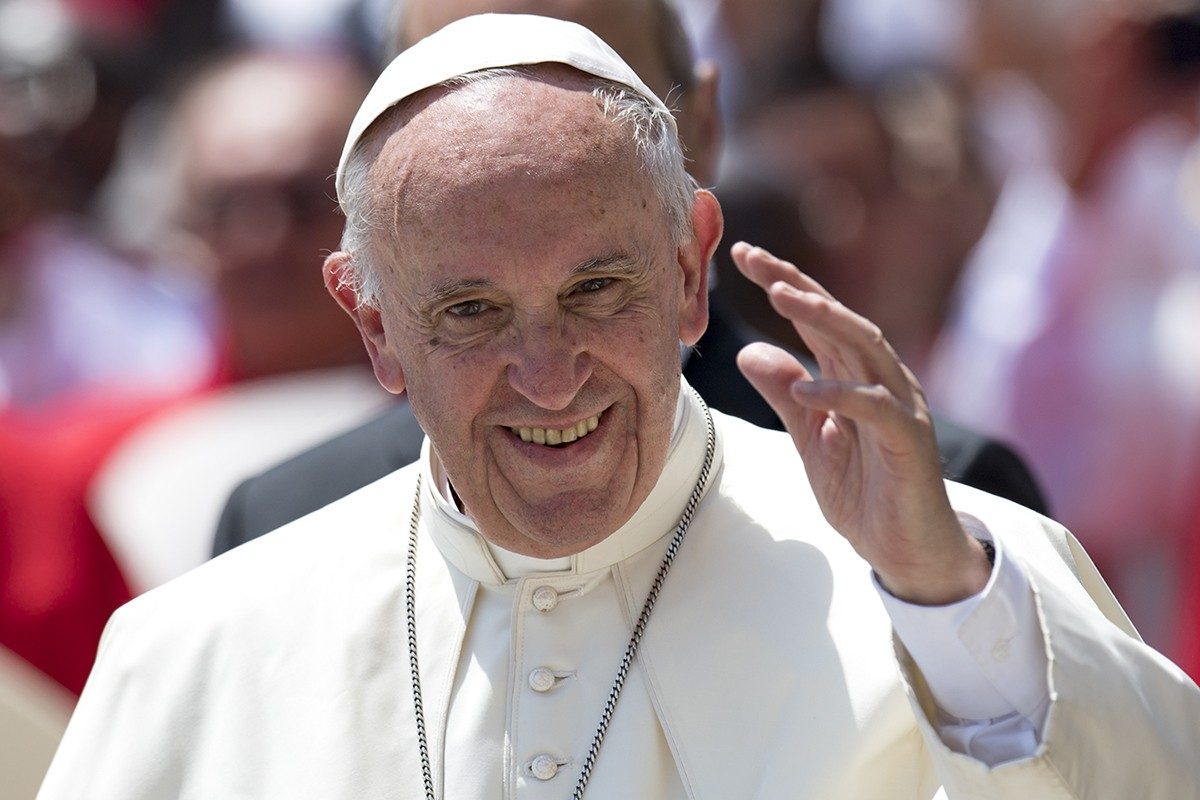 Pope Francis has sent a message for a solidarity event organized for the 30th anniversary of the Central American Integration System (SICA), which is taking place on Thursday in Costa Rica.

Saluting the participants, the Pope highlighted the purpose of the event, aimed at mobilizing support to improve the situation of the forcibly displaced and the communities that host them in the region of central America and Mexico.

“Solidarity – which is at the heart of the event,” Pope Francis noted, “takes on an even greater significance in this time of the pandemic crisis that has put the entire world to the test, rich and poor countries alike.”

SICA is celebrating three decades since its creation on December 13, 1991, through the signing of the Protocol to the Charter of the Organization of Central American States (ODECA) – or Teguciagalpa Protocol – which replaced the ODECA Charter signed on October 14, 1951.

The anniversary represents thirty years of the efforts of member countries to strengthen Central American Integration, aiming to constitute it as a region of peace, democracy, freedom and development based on the respect, promotion and protection of human rights.

The Holy See has participated as an Extra-regional Observer since 2012, alongside several other countries.

All affected by the pandemic

“The health, economic and social crisis caused by Covid-19 has reminded everyone that human beings are like dust. But precious dust in the eyes of God who constituted us as a single human family,” Pope Francis said.

In this light, “just as the natural family teaches loyalty, sincerity, cooperation and respect, encouraging its members to plan an inhabitable world … so too the family of nations is called to direct its common attention to all,” including the smallest and most vulnerable members, without giving in to the logic of competition and particular interests.

Challenges of the Central American region

Specifically, Pope Francis noted that during these months of the pandemic, “the Central American region has seen the deterioration of social conditions that were already precarious and complex due to an unjust economic system,” which “erodes the family, the basic cell of society.”

The Pope lamented that people “without homes, without family, without community, without belonging”, find themselves uprooted and orphaned, at the mercy of “highly conflictive situations that cannot be quickly resolved,” including domestic violence, armed gangs, femicide, drug trafficking, and sexual exploitation, among others. These factors, mixed with the pandemic and the climate crisis, have given human mobility the connotation of a “forced mass phenomenon” with its appearance in the form of a regional exodus.

Further worsening the situation, health restrictions that influenced the closures of many borders left many people stranded, in spite of the innate sense of hospitality inherent to the people of the Central American region.

At the same time, people made vulnerable through internal displacement are often left without a way to move forward or backward; and in the various phases of displacement, there is a growing number of cases of human trafficking, which “is a wound in the body of contemporary humanity, a wound in the flesh of Christ, and is a crime against humanity.”

Put the person at the center

Proposing steps to tackle the challenges faced by the region, Pope Francis, while reaffirming the exclusive rights of States to maintain their borders, expressed hope for “a common, solid and coordinated regional commitment aimed at placing the person and his or her dignity at the center of every political exercise.”

“The principle of the centrality of the human person […] obliges us to always prioritize personal security before national security. The situations of migrants, asylum seekers and refugees require that they be guaranteed personal safety and access to basic services,” he said.

The Holy Father also encouraged the adoption of specific international mechanisms that provide protection for, and recognize the “often invisible drama” of internally displaced persons (IDPs), which is often relegated to the background of national political agendas

Likewise, he called for regional policies for the protection of our common home aimed at alleviating the impact of both climatic phenomena and environmental catastrophes caused by land grabbing, deforestation and water appropriation. These violations, Pope Francis pointed out, undermine “the three fundamental areas of integral human development: land, housing and work.”

Turning his attention to situations of human trafficking, the Holy Father recommended that this scourge be prevented “through family support and education, and victims must be protected with programs to ensure their safety” through the protection of their privacy, provision of safe accommodation, and adequate social and psychological assistance.

He pointed out that the pandemic has provoked an “unprecedented educational crisis” further worsened by restrictions and forced isolations that have exposed inequalities and increased the risk of the most vulnerable falling into the hands of trafficking networks.

In particular, he called for special attention to be given to younger children and women, and stressed the importance of an education that promotes “the fundamental equality and respect that honor that women deserve.”

“Women are the source of life,” the Pope affirmed. “Yet they are continually offended, beaten, raped, forced into prostitution and to the elimination of the life they carry in their wombs. All violence inflicted on women is a desecration of God, born of a woman. As St. John Paul II said, a woman cannot become an ‘object’ of male ‘domination’ and ‘possession’.”

Insisting that the spiritual dimension should not be relegated to a secondary position, the Pope also encouraged working towards inclusive societies where everyone feels truly welcomed, and where all dimensions that make up their identity – including the religious – are recognized and accepted

The need for communal effort

In the face of these many pressing challenges, the Holy Father called for joint efforts that go beyond national borders, accompanied by an integrational education process, “that promote the value of loving one’s neighbor – the first indispensable exercise for achieving a healthy universal integration.”

He underlined that multilateral cooperation is a valuable tool for promoting the common good, while paying special attention to the causes of forced displacement so that “borders are not zones of tension, but open arms of reconciliation.”

Finally, Pope Francis reiterated the Church’s commitment to walking with the peoples of Central America and exhorted them to “persevere in solidarity with mutual trust and a daring hope.”

Share on FacebookShare on TwitterShare on PinterestShare on EmailShare on LinkedIn
UN: world losing ground in fight to end child labourPope to seminarians: Be available for others