Pope in Slovakia: What a difference three days make 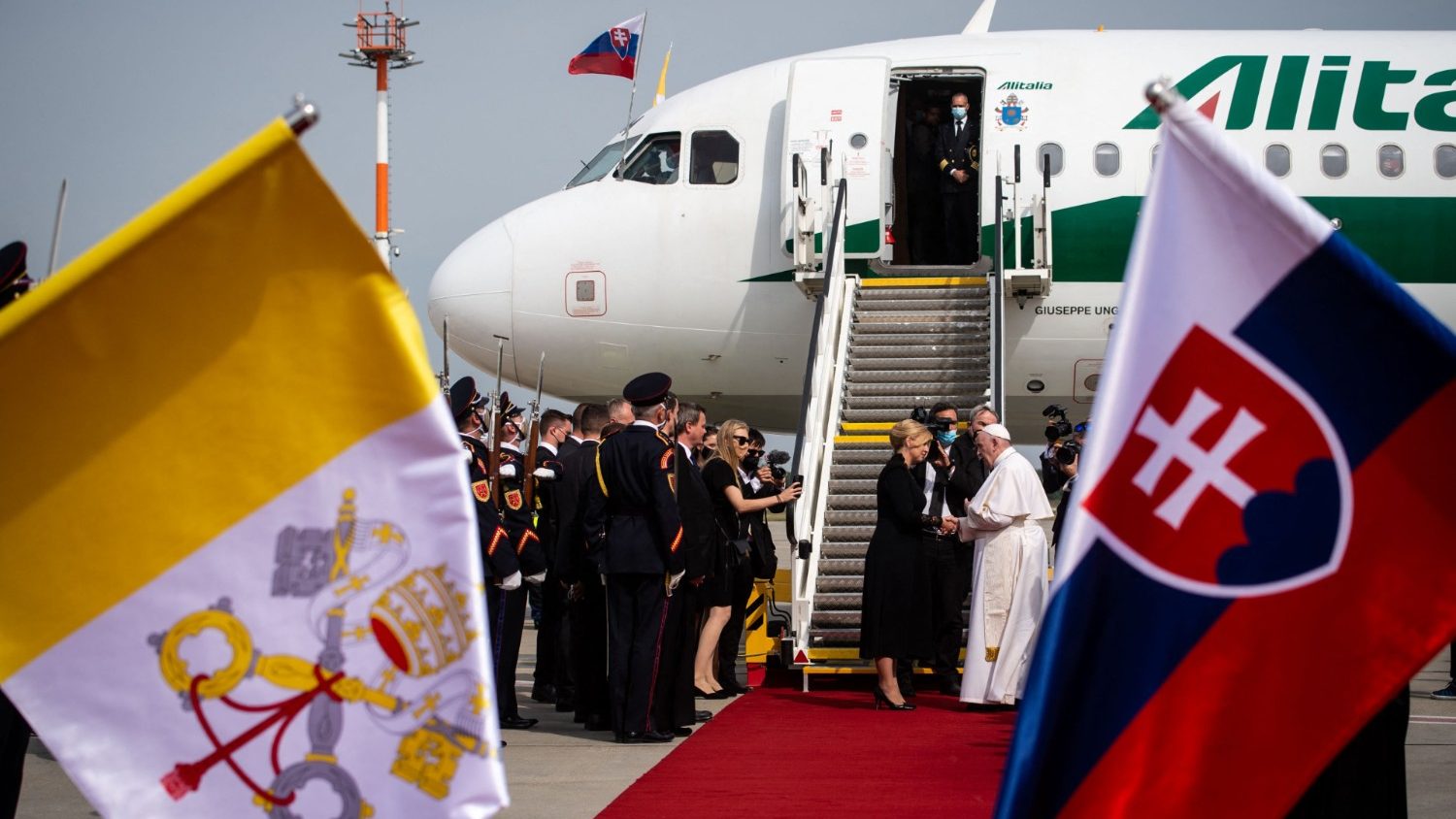 When the Pope arrived for this Apostolic Visit to Slovakia on Sunday, the banners to greet him read “Viva Papa Francesco” or “Long Live Pope Francis.”

As he departed on Wednesday, following the celebration of Holy Mass at the National Shrine at Šaštín, the banners were replaced to read, “Thank you, Holy Father.”

This visit was a tapestry of many significant events: The celebration of the Byzantine Divine Liturgy and the Mass at Šaštín demonstrated the Christian values that have been deeply rooted in society here down through the centuries and continue to be today.

The visit also provided an occasion for Pope Francis to highlight the importance of unity and fraternity during an ecumenical meeting and an encounter with the Jewish community.

But perhaps the two events that captured the heart of Christianity, and the spirit of charity in action, were the visits to the Bethlehem Centre in Petržalka and to the Roma Community at Lunik IX.

Most of the people who were at Lunik IX on Tuesday witnessed a community that gave their all to welcome the Pope in a joyous atmosphere, guided in prayer by the Salesians of Don Bosco.

As Pope Francis departed from this district of Košice, people were already expressing the hope that this visit would bear real fruit for the community here.

Slovakia is a country still imbued by the faith, but like any plant, if it is not nurtured, it dies. The Church in this country is well aware that the secularism that has arrived at the doorstep of many European countries is also knocking here.  Therefore, for the bishops of Slovakia, taking one’s eye off the ball is not an option.

By coming here to Slovakia, the Pope has given a jolt of energy to the faithful; nowhere was that seen more than at the meeting with young people at Lokomotiva Stadium in Košice where Pope Francis told them, “For love to be fruitful, don’t forget your roots.” Those roots, he said, are to be found in the love and heroism of the Lord Jesus.

Before the Pope departed on route to Rome on Wednesday, he left the country with a message: He told them that faith is a journey “inspired by a simple and sincere devotion”; and called on them to persevere in it with compassion and gratitude.

Share on FacebookShare on TwitterShare on PinterestShare on EmailShare on LinkedIn
Pope Francis in Slovakia: Our Lady of Sorrows teaches us compassion for the sufferingPope Francis bids farewell to Slovakia