Home Test page Pope: “I too kneel on the streets of Myanmar”

Pope: “I too kneel on the streets of Myanmar” 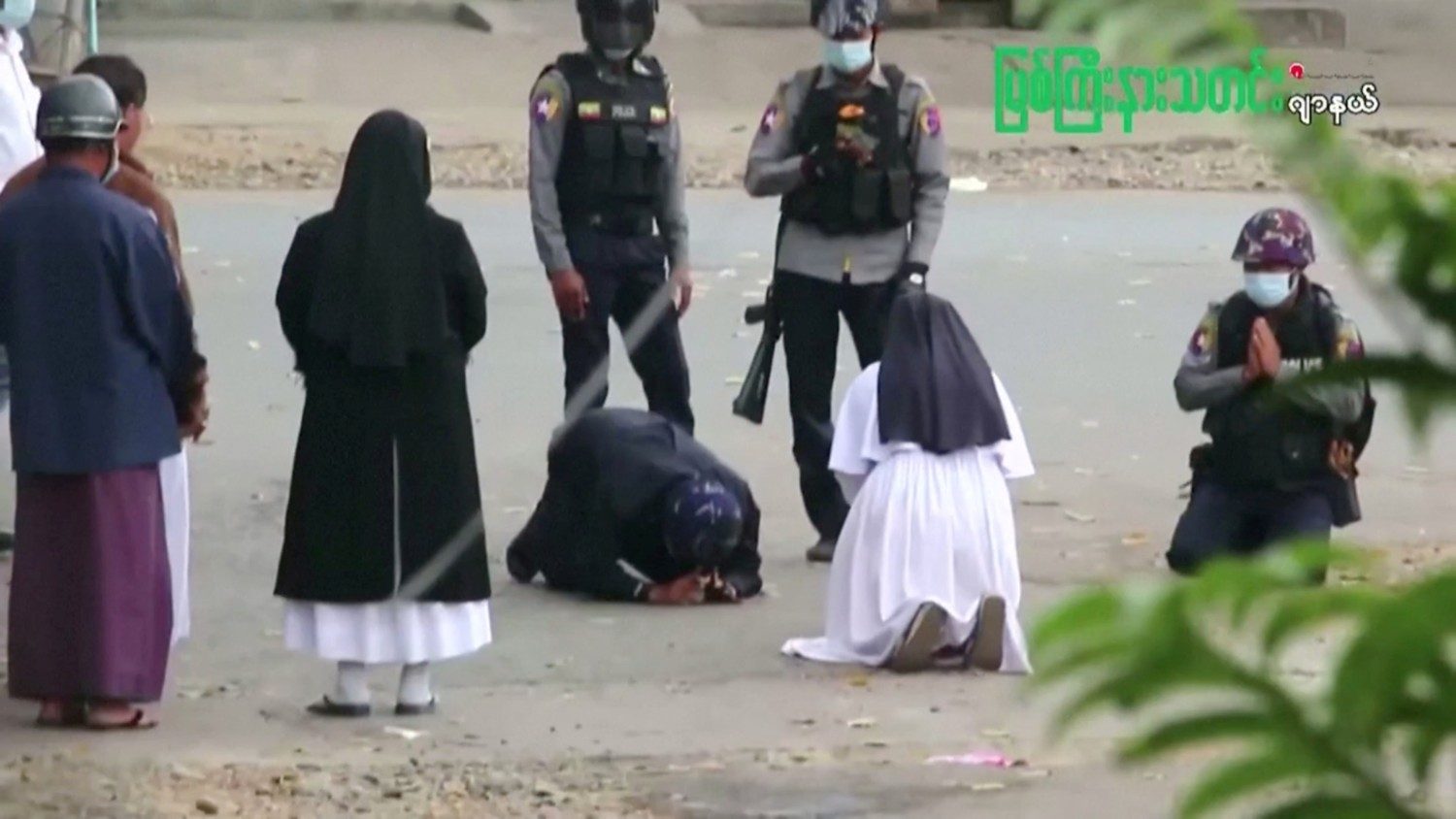 “Once again and with great sadness I feel the urgency to evoke the dramatic situation in Myanmar, where so many people, especially young people, are losing their lives to offer hope to their country,” Pope Francis said at the end of his weekly general audience. “I too kneel on the streets of Myanmar and say: stop the violence! I too extend my arms and say: let dialogue prevail!” the Holy Father said.

He was obviously evoking the powerful image of Myanmar Catholic nun, Sister Ann Rosa Nu Tawng, who recently dissuaded the security forces from harming the peaceful protesters.  The incident took place on Feb. 28 in Myitkyina, the capital of Kachin state, as the police readied themselves to crack down on the street protesters.  Undeterred by the danger, the 45-year-old Xaverian nun approached the police.  Then kneeling down before them she pleaded with folded hands not to harm the unarmed demonstrators.  She was ordered to leave immediately, but she stood her ground, saying, “Just shoot me if you want to. The protesters have no weapons and they are just showing their desire peacefully.” The video of her daring act went viral on social media, with various media networks, including the BBC, giving her coverage.

Myanmar has been in turmoil since the Feb. 1 military coup that ousted the elected government and detained its leader, Aung San Suu Kyi.  Protests and a civil disobedience campaign of strikes against the coup have been going on, despite a heavy crackdown by security forces.  More than 180 protesters have been killed, according to the Assistance Association for Political Prisoners activist group.

The Holy See and Pope Francis, as also several Catholic Church leaders and bishops’ conferences across the world, have been appealing for dialogue and peace while expressing their solidarity with the people’s legitimate demand to free their elected leaders and reinstate democracy.

On February 7, the Pope during his midday Sunday ‘Angelus’ prayer, urged Myanmar’s military leaders to show sincere willingness to serve the common good and promote social justice and national stability.  The following day, the Pontiff in his state-of-the-world address to the ambassadors to the Holy See, expressed his closeness to the people of Myanmar and lamented that the path to democracy “was brusquely interrupted” by the coup. He hoped that the jailed leaders by released for the good of the country. Yet again on March 3, the Pope called on the military junta to stop the violence and urged dialogue prevail over repression and harmony over discord.