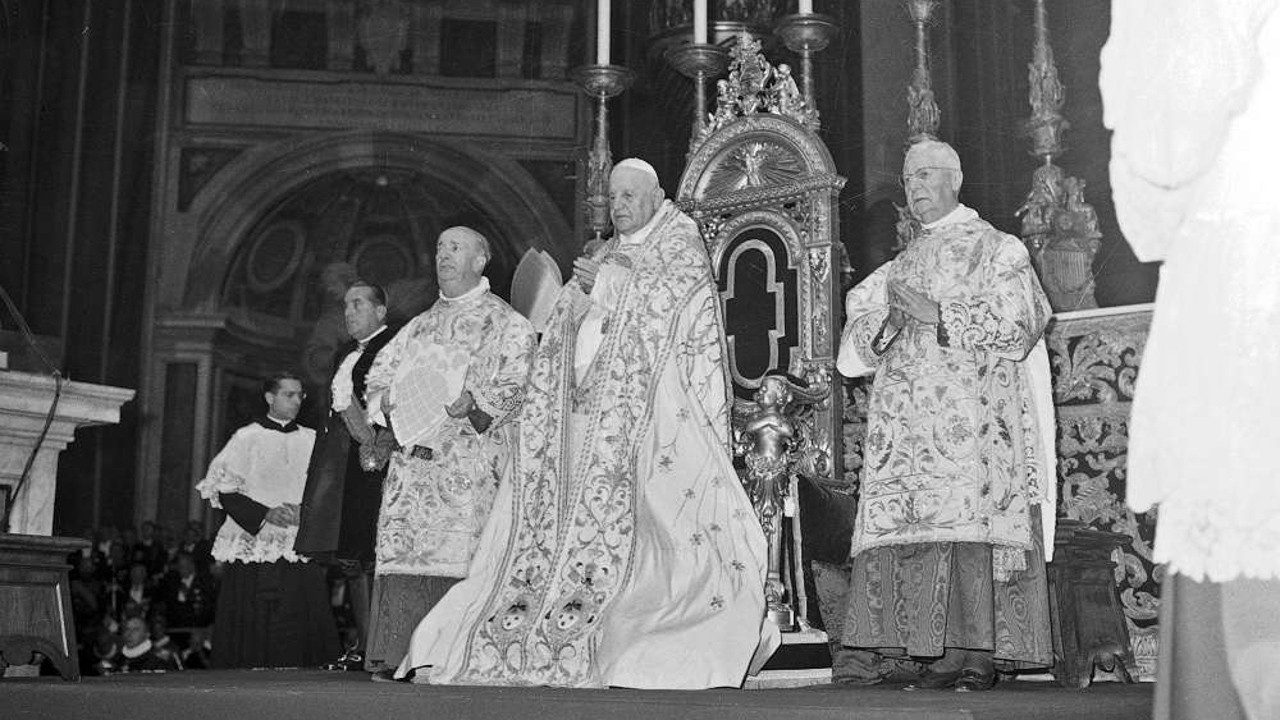 Entitled “John XXIII. Vatican II a Council for the world” by Fr. Ettore Malnati and Marco Roncalli, the book – in the words of Pope Francis who wrote the preface – reviews the history of the Council in light of the ecumenical developments it triggered and of the current synodal process.

The Pope says he is honoured to have been asked to present this book for a number of reasons.

“The main reason is the Holy Pontiff John XXIII and the Second Vatican Council – which were so decisive for the Church, for its development and its approach to the contemporary world, for its ecumenical journey” he writes.

The introduction to the book also features a reflection by Brother Alois, the Prior of the Ecumenical Community of Taizé, and Pope Francis says he is grateful for the work that is the fruit of sharing.

And he expresses admiration and gratitude to the theological and pastoral gifts of the authors, Father Ettore Malnati whom, he says, continues to live his priesthood in the service of the laity and of culture divulging “the teachings of the Pontiffs”, and of Marco Roncalli, historian, journalist and great-grandson of Pope John XXIII (Angelo Giuseppe Roncalli).

Roncalli is the author amongst other works, of several books written in collaboration with late Cardinal Luis Capovilla, personal secretary of John XXIII.

“Marco Roncalli was still a young boy when he came to Taizé for the first time, accompanying his grandfather Giuseppe”, the Pope recalls.

At a time in which the world was turning away from Christianity “and manifesting, indifference rather than aversion,” he continues, the Council was born from the question “how can we speak of Jesus to the men and women of today?”

Since then, he notes, we have come a long way, which has not been without difficulties and disappointments. Even today, he warns, we risk falling into the temptation of discouragement and pessimism when we fix our gaze on the evils afflicting the world instead of looking at the world with the eyes of Jesus.

Reviewing the history of the Council, and especially living the present in the spirit of the Synod, with an open and free heart, the Pope says, is the way to avoid becoming discouraged and to make room for God.

“From the Second Vatican Ecumenical Council we have received much,” Pope Francis says, pointing to an increased awareness of the people of God, “a central category in the Council texts, that is recalled no less than one hundred and eighty-four times.”

This, he explains, helps us understand the fact that the Church is not an élite of priests and consecrated persons and that each baptised person is an active subject of evangelisation.

“One would not understand the Council, nor the current synodal path, if evangelisation were not placed at the centre of everything”, he writes.

The book, “Giovanni XXIII. Il Vaticano II un Concilio per il mondo”, in Italian, published by Bolis Edizioni, is scheduled to be in bookshops on the eve of the 60th anniversary of the opening of the Second Vatican Council which took place on 11 October 1962.

Share on FacebookShare on TwitterShare on PinterestShare on EmailShare on LinkedIn
Let your beauty shine, Pope Francis tells young peopleFor J.R.R. Tolkien, no one is beyond redemption—even orcs