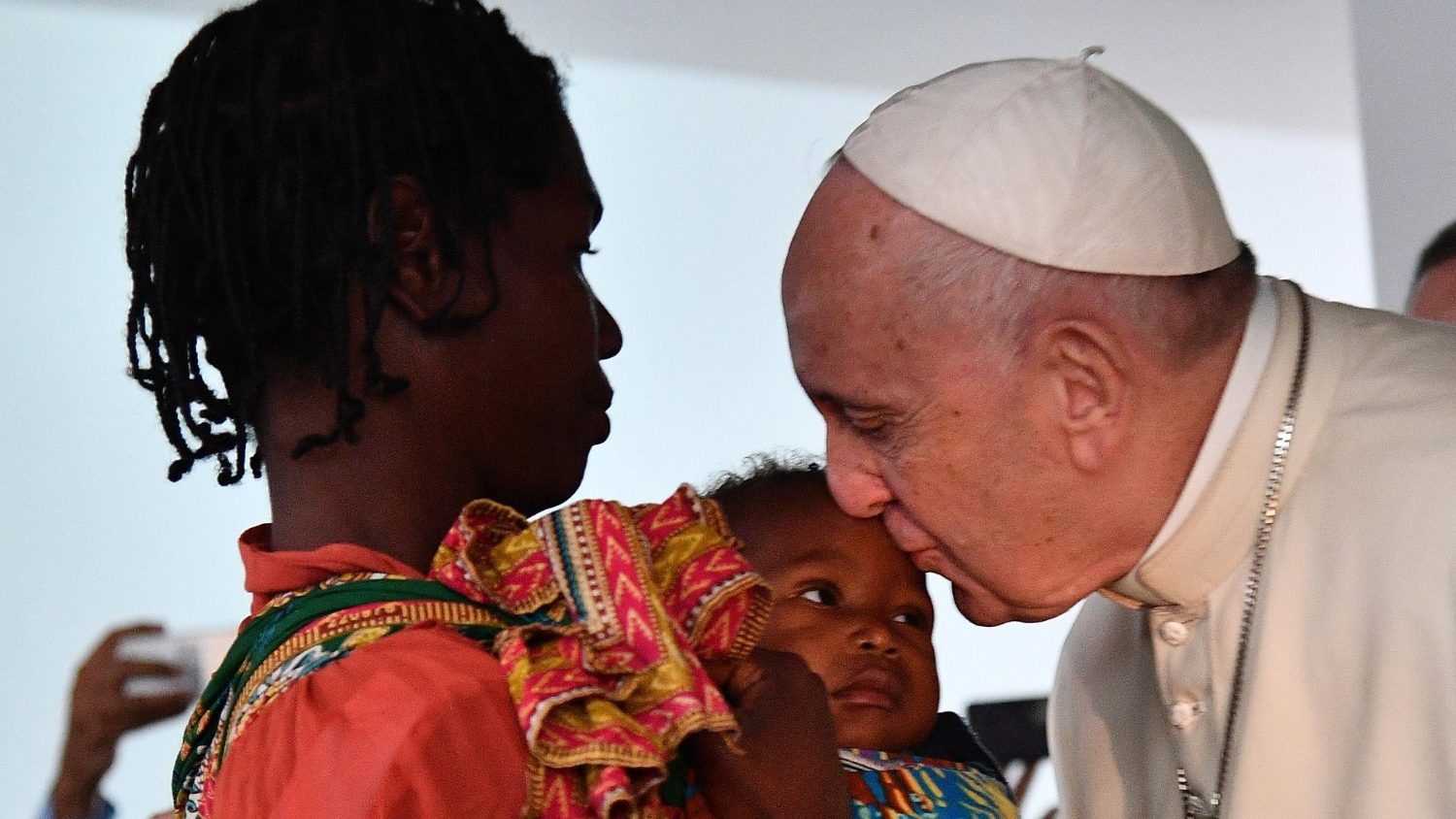 SECAM Deputy Secretary-General and Coordinator of the Evangelization Commission, Fr. Rafael Simbine Jnr., says that one year after the memorable visit of Pope Francis to the three countries, the warmth of his presence and the richness of his messages are still being felt by the people on the continent -one year on.

Everything is lost with war

Fr. Simbine Jnr., said in a SECAM Reflection, that Pope Francis’ messages of peace during the Apostolic voyage to Mozambique, Mauritius and Madagascar reminded the continent of Africa that everything is lost with war and everything is gained with peace.

“With war, many men, women and children suffer because they have no home to live in, no food, no schools to educate themselves, hospitals to treat their health, Churches to meet for prayer and fields to employ the labour force. Many thousands of people are forced to move in search of security and the means to survive…No to violence and yes to peace!” the Pontiff told various Mozambican Authorities, members of the Diplomatic Corps based in Maputo as well as Civil Society on 5 September 2019.

Peace is not only the absence of war

For the Church, the search for lasting peace is a mission that involves everyone. It is a mission that requires hard, constant, and unrelenting work because peace is “like a fragile flower that seeks to blossom among the stones of violence,” Fr Simbine Jnr., reiterates.

The Church has long said that peace is not only the absence of war but the tireless commitment – especially of those in a position of greater responsibility – to recognise, guarantee and concretely rebuild the dignity, so often forgotten or ignored, of our brothers and sisters, so that they can feel that they are the main protagonists of the destiny of their nation and continent.

In his document, Evangelii Gaudium, Pope Francis highlighted the fact that a culture of peace makes reconciliation possible. It is “a constant process in which every new generation is involved,” wrote Pope Francis. The Holy Father called this an openess to a genuine encounter that recognises the other. Such a meeting point strengthens ties and builds bridges.

Pope Francis insisted that to make reconciliation possible, it is necessary to overcome division and violence, xenophobia, and tribalism. In this connection, Africa needs to take up the challenge of welcoming and protecting migrants (in their countries) who arrive in search of work and in search of better living conditions for their families,” the Pope told Authorities and Diplomats in Mauritius’ Port Louis at the Presidential Palace on 9 September 2019. It was a message that he had already alluded to during the final Eucharistic Celebration at the Estádio do Zimpeto, a multi-use stadium on the outlying Zimpeto neighbourhood of Maputo. Mozambicans thronged the stadium as early as 4 am on an unusual rainy September morning. They said the light drizzle were the result of papal blessings. Others spent the night at the stadium in readiness for the Pope’s arrival.

The scourge of poverty

The SECAM Deputy Secretary-General says Africa is a continent of contrasts: A rich land yet with so much poverty. According to Fr Simbine Jnr., Pope Emeritus Benedict XVI once said the same thing in an observation contained in the document, ‘Africae Munus.’ The Post-Synodal Apostolic Exhortation titled, ‘Africae Munus’ is a document of the Pope Emeritus in which he encouraged the Church in Africa to embrace elements within its culture that serve as the cornerstone for the Gospel, “God has provided Africa with important natural resources. Seeing the chronic poverty of its people, victims of exploitation and local and foreign prevarications, the human conscience is shocked by the opulence of some groups,” observed the Pope Emeritus, Benedict XVI.

Following in this same tradition, Pope Francis in Evangelii Gaudium says the way out of this kind of poverty from which it is difficult to escape is, “To fight vigorously and decisively against all endemic forms of corruption and speculation, which increase social disparity, and to confront situations of great precariousness and exclusion which always generate conditions of inhuman poverty. Hence the need to establish all the structural mediations that can guarantee a better distribution of income and the integral promotion of all inhabitants, especially the poorest. Such promotion cannot be limited to mere assistance, but requires their recognition as legal subjects called upon to participate fully in the construction of their future,” Pope Francis writes in Evangelii Gaudium.

Care for our Common Home

Another matter that comes to mind on Pope Francis’ historic visit to Mozambique, Mauritius and Madagascar was the theme regarding the Care for the Common Home. Africa is a continent that is greatly blessed with natural resources but has been on the receiving end of the consequences of climate change.  As a continent, Africa contributes little to planetary warming but suffers the consequences of climate change in a disproportionate manner. African leaders, aware of the continent’s vulnerability almost unanimously support international efforts to combat global warming and climate change.

Ray of hope on the continent

In his speeches to political authorities, Pope Francis almost always ended by saying, “I wish to reaffirm the willingness and readiness of the Catholic Church, in a permanent dialogue with Christians of other faiths, with members of different religions and with all the actors of civil society, to contribute to the advent of a true fraternity which promotes integral human development so that no one is excluded.”

Notwithstanding ongoing acts of violence still being witnessed in different African countries, including, to some degree, one of those the Holy Father visited last year (Mozambique) there are also signs of hope, in part, due to the personal intervention of Pope Francis himself. The Central African Republic, Mozambique and South Sudan are cases in point.

SECAM is the continental association of African Catholic Bishops. The acronym (SECAM) stands for Symposium of Episcopal Conferences of Africa and Madagascar. SECAM has its headquarters in Accra, Ghana. The association was inaugurated by Pope Saint Paul VI in 1969 when he visited Uganda.