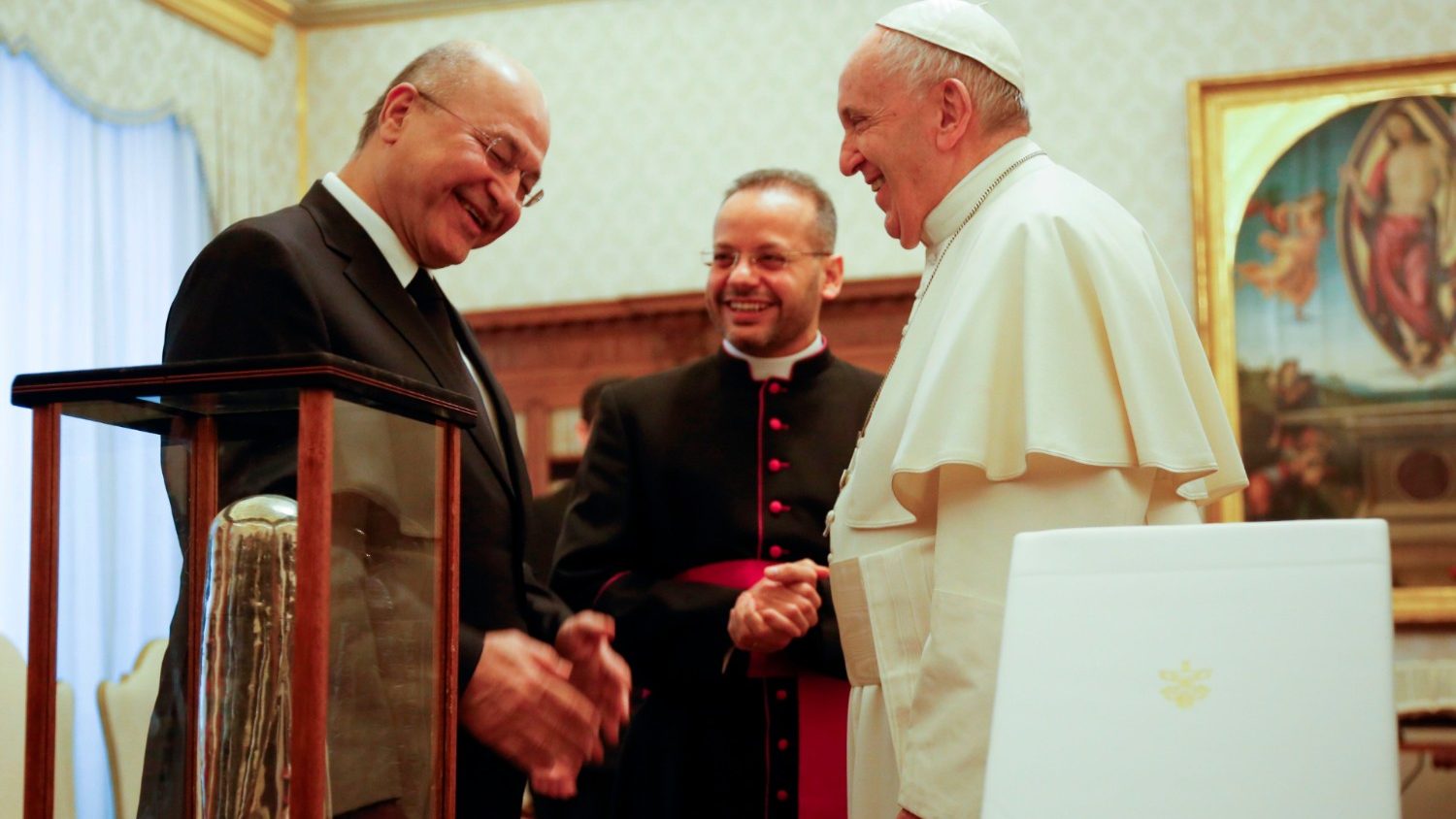 Pope Francis is set to break a 15-month hiatus from international travel with what is sure to be a historic visit to the Middle Eastern nation of Iraq.

The Director of the Holy See Press Office, Matteo Bruni, announced the news on Monday, adding that the Pope had accepted the invitation of the Republic of Iraq and the local Catholic Church.

It will be an Apostolic Journey covering four days and four Iraqi provinces.

According to the Press Office statement, “He will visit Baghdad, the plain of Ur, linked to the memory of Abraham, the city of Erbil, as well as Mosul and Qaraqosh in the plain of Nineveh.”

The Pope’s itinerary will be released at a later date, and will “take into consideration the evolution of the worldwide health emergency.”

Pope Francis has long expressed his desire to visit Iraq.

Already on 10 June 2019 he told a meeting of Catholic aid agencies that he planned on traveling there in 2020.

“I think constantly of Iraq – where I want to go next year – in the hope that it can face the future through the peaceful and shared pursuit of the common good on the part of all elements of society, including the religious, and not fall back into hostilities sparked by the simmering conflicts of the regional powers.”

Years in the making

The Pope’s visit will come as the realization of a dream of his predecessor, Pope St. John Paul II. The Polish Pope had planned to travel to Iraq at the end of 1999. That trip never came to be because after lengthly negotiations, Saddam Hussein postponed it.

According to Cardinal Louis Raphael Sako, the Patriarch of Babylon of the Chaldeans, Pope Francis will receive an enthusiastic welcome to Iraq.

He told SIR news agency a year ago that “everyone in Iraq, Christians and Muslims, esteem him[Pope Francis] for his simplicity and nearness. His words touch everyone’s hearts because they are those of a shepherd. He is a man who brings peace.”

Preparations for Pope Francis’ visit seemed to be nearing completion early this year, when he met the President of Iraq, Barham Salih, at an audience in the Vatican on 25 January.

The Holy See Press Office said at the time that the two spoke about “preserving the historical presence of Christians in the country” and “highlighting the need to guarantee their security and a place in the future of Iraq.”

Christians’ presence in Iraq, however, has been drastically diminished in the past two decades.

In 2003, before a US-led coalition invaded to depose Saddam Hussein, there were around 1 to 1.4 million Christians in the country.

A drawn-out war and the 2014-2017 occupation of the Plain of Nineveh by the so-called Islamic State reduced their number to between 300 and 400 thousand.

Iraq’s president and prime minister have often invited Christians who have fled the country to return and help rebuild the nation.

Yet, the dream of recovery has been impeded by an economic crisis, corruption, and the plight of 1.7 million internally displaced people.

UNICEF, the UN children’s aid agency, estimates that some 4 million Iraqis require humanitarian assistance, of whom half are children. Add in the Covid-19 pandemic and the situation remains dire in a country of over 38 million people.

Share on FacebookShare on TwitterShare on PinterestShare on EmailShare on LinkedIn
Editorial: Biden should appoint a post-Trump truth commissionHoly See's approval required for new religious institutes in Oriental Churches