Pope Francis to the Norbertines: Always keep an open heart

Pope Francis on Sunday urged the Norbertines to always keep their hearts open to others in a message marking the 900th anniversary of the foundation of the Abbey of Prémontré.

In the message dated June 6, the pope traced the life of St. Norbert of Xanten, who founded the Order of Canons Regular of Prémontré, also known as the Premonstratensians, in northern France in the 12th century.

He said: “From the beginning, the Premonstratensians have shown great commitment to people outside the community, welcoming them willingly. Thus, new communities which followed Norbert’s lifestyle were born rapidly. Several existing communities asked to be affiliated with Prémontré.”

“Dear sons and daughters of St. Norbert, always keep this open heart, which also opens the doors of your house, to welcome those looking for a spiritual counselor, those who ask for material help, those who wish to share your prayer.”

The pope’s message, released in Italian by the Vatican and in English on the order’s website, was addressed to Fr. Jozef Wouters, Abbot General of the Premonstratensian Canons Regular, which is marking the 900th anniversary with a jubilee.

The pope offered a detailed account of St. Norbert’s life, from his birth around 1075, in the German town of Xanten, to his death in 1134. 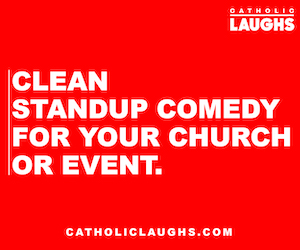 He described the saint as “one of the most zealous architects of the Gregorian reform,” referring to the reform movement inspired by Pope Gregory VII, who reigned in 1073-85.

The pope recalled that as a young man Norbert questioned the Church’s alignment with worldly powers and decided to reject courtly life.

“Ordained a deacon and a priest on the same day, he abandoned the refined apparel of a courtier and put on the habit of a penitent,” he wrote.

After encountering a community of reformed canons regular who based their life on the Rule of St. Augustine, Norbert began to preach penance and conversion while leading a life of prayer and mortification.

The pope said that he celebrated the Eucharist often, possibly daily, an uncommon practice at the time.

“The communities of your order have accepted this inheritance and, for nine centuries, have carried out their mission in the spirit of the Rule of St. Augustine, in faithfulness to the meditation and preaching of the Gospel, drawing on the Eucharistic Mystery, source and summit of the life of the Church,” the pope said.

Norbert then opted for an itinerant life, traveling across Europe on foot with only one garment, a cloak, and a stick.

“Norbert’s biographies tell how he healed the sick along the way, chased away evil spirits, and managed to placate ancient feuds between noble families,” the pope wrote.

“These reconciliations brought peace to the regions where the population suffered greatly from the continuous local wars. For this, Norbert is considered an apostle of peace. He did the work of God, acting in the name of Christ’s charity.”

“The ancient authors insist that Norbert always gathered in prayer before setting out to mediate and to foster reconciliations and restore peace and that he was always faithful to celebrate the Eucharist to meet the Lord whose work he desired to undertake.”

While journeying to meet with Pope Callixtus II, Norbert encountered Bartholomew, bishop of Laon, who encouraged him to settle in his diocese. Norbert chose to form a community in the valley of Prémontré.

“Since many of them, like himself, were canons, all made canonical profession according to the Rule of St. Augustine, on Christmas Day 1121, the date that marks the foundation of the community of Prémontré,” Pope Francis wrote.

He said that the community aspired to emulate the early Church described in the Acts of the Apostles.

Addressing the order’s approximately 1,300 current members present in 25 countries, he said: “Your founder lived in many and different environments, but in every circumstance he let himself be guided by the Gospel: whether as an itinerant preacher, superior of a community or bishop, he continued to listen to God and his brothers, and was able to discern the way to be followed in the various circumstances of life, without losing sight of its fundamental inspiration.”

Share on FacebookShare on TwitterShare on PinterestShare on EmailShare on LinkedIn
Pope expresses shock for Canadian Residential School discovery, and prays for healingPope prays for Burkina Faso: 'Africa needs peace'