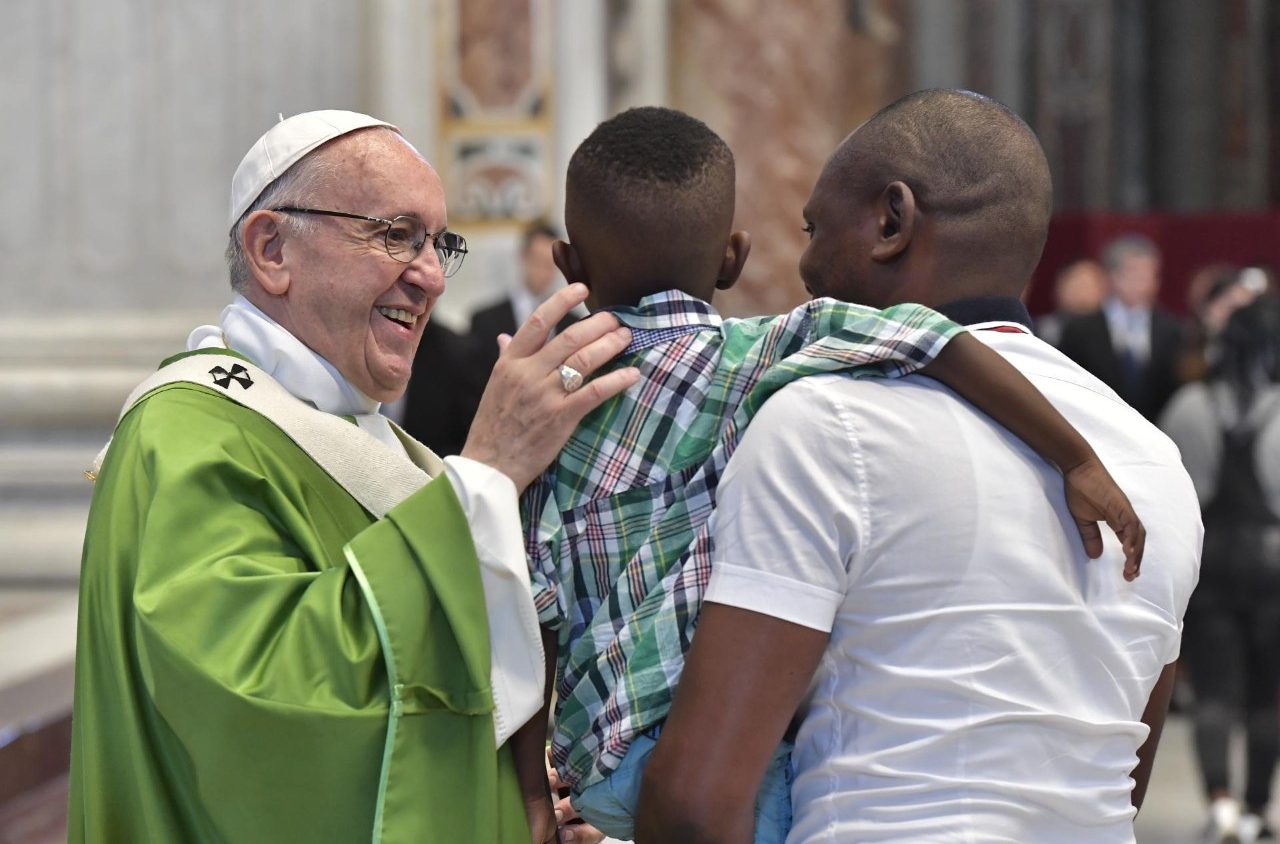 “May your example ignite in society a renewed desire to promote an authentic culture of welcome and solidarity.”

Pope Francis wrote those words of encouragement to the Astalli Center in a letter made public on Thursday.

The Jesuit-run Center published the Pope’s letter, dated 23 May 2020, on its Twitter feed.

He thanked the Director, along with all volunteers and employees, for their “courage in facing the migration ‘challenge’, especially in this delicate moment for the right of asylum, since thousands of people are fleeing from war, persecution, and serious humanitarian crises.”

World of peace and fraternity

The Pope also expressed his closeness to the refugees “whom the Center assists with fraternal love.”

“I am spiritually near to you all in prayer and affection, and I urge you to have trust and hope in a world of peace, justice, and fraternity among peoples.”

Pope Francis closed his letter with a word of encouragement to all who promote the rights of refugees.

He called their attitude a “wise openness to the complex phenomenon of migration, promoting adequate aid efforts and witnessing to those human and Christian values that form the foundation of European civilization.”

The report describes the difficulties facing asylum-seekers in Italy, who number around 20,000. Over half are in the capital, Rome.

The true emergency facing refugees in Italy, according to the report, is the precarious nature of their situation, rather than their number.

It alleges several factors for this situation, including the abolition of humanitarian protections and complicated bureaucratic procedures for obtaining residency and requesting asylum.

Share on FacebookShare on TwitterShare on PinterestShare on EmailShare on LinkedIn
Vatican orders founder to leave ecumenical communityCovid-19: Catholic NGOs reach out to victims of trafficking and slavery