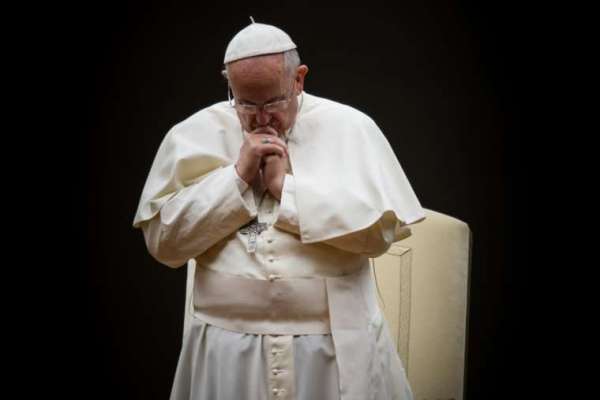 Rome Newsroom, Jan 21, 2021 / 08:15 am (CNA).- Pope Francis said on Thursday that he was praying for the victims of two suicide bombings in Baghdad, which took place less than two months before his scheduled visit to Iraq.

At least 32 people died after two suicide bombers detonated explosive vests in a market near Tayaran Square in central Baghdad on the morning of Jan. 21. An estimated 100 other people were wounded.

“His Holiness Pope Francis was deeply saddened to learn of the bomb attacks on Tayaran  Square in Baghdad this morning. In deploring this senseless act of brutality, he prays for the  deceased victims and their families, for the injured and for the emergency personnel in attendance,” states the telegram sent Jan. 21.

“Trusting that all will continue work to overcome violence with fraternity, solidarity and peace, Pope Francis invokes upon the nation and its people the blessing of the Most High.”

The bombing took place a day after the Vatican released a statement indicating that the papal trip to Iraq would take place “subject to variations” on March 5-8.

In a television interview on Jan. 10, Pope Francis had expressed doubt about whether the trip would be able to take place with the ongoing coronavirus pandemic.

If the trip takes place as planned, Francis will be the first pope to visit Iraq, which is still recovering from the devastation inflicted by the Islamic State.

Pope Francis said in 2019 that he wanted to visit the country soon. A papal visit to Iraq has been under study by the Vatican for several years, but until recently the country was deemed a security risk.

Seventeen Catholic bishops met on Jan. 19 at the headquarters of the Chaldean patriarchate in Baghdad to discuss plans for the highly anticipated papal visit.

Major General Khaled Al-Muhanna, a spokesman for the Iraqi Ministry of Interior, said on Jan. 21 that no group had claimed responsibility for the attack. But according to the New York Times, the bombers might have been in some way affiliated with the Islamic State.

It was the first suicide bombing to take place in Iraq since Jan. 2018, the Associated Press reported.

If the trip to Iraq goes ahead, Pope Francis is scheduled to visit Christian communities in the Nineveh Plains, which were ravaged by the Islamic State from 2014 to 2016, causing many Christians to flee the region. The pope has repeatedly expressed his closeness to these persecuted Christians.

After the papal trip to Iraq was announced in December, Chaldean Catholic Archbishop Bashar Warda of Erbil told CNA that he believed that the pope’s visit had “the potential to change the trajectory of the Christian presence in Iraq from one of a disappearing people to one of a surviving and thriving people.”

Since the Islamic State occupied parts of northern Iraq in 2014, the number of Christians living in the formerly occupied areas has declined from 102,000 to 36,000.

Some displaced Christians have returned to the Nineveh Plains as their homes were rebuilt, but more Christian families left the region than returned to their hometowns last year, according to a report by Aid to the Church in Need.

Economic instability and continued security challenges have been the forces driving this continued emigration.

Iraqis have been protesting against government corruption and the lack of economic opportunities since October 2019. The coronavirus pandemic and collapse of oil prices in 2020 have further weakened the country’s economy.

“For the present, what we need most is economic opportunity for the people, some path to dignified livelihoods,” Warda said.

“This is what we hope the international community can most understand at this time.”

Share on FacebookShare on TwitterShare on PinterestShare on EmailShare on LinkedIn
EU Bishops: Mediterranean should be place of peaceful encounterU.S. bishops praise Biden’s repeal of travel ban