Pope Francis reflects on his personal life in a podcast 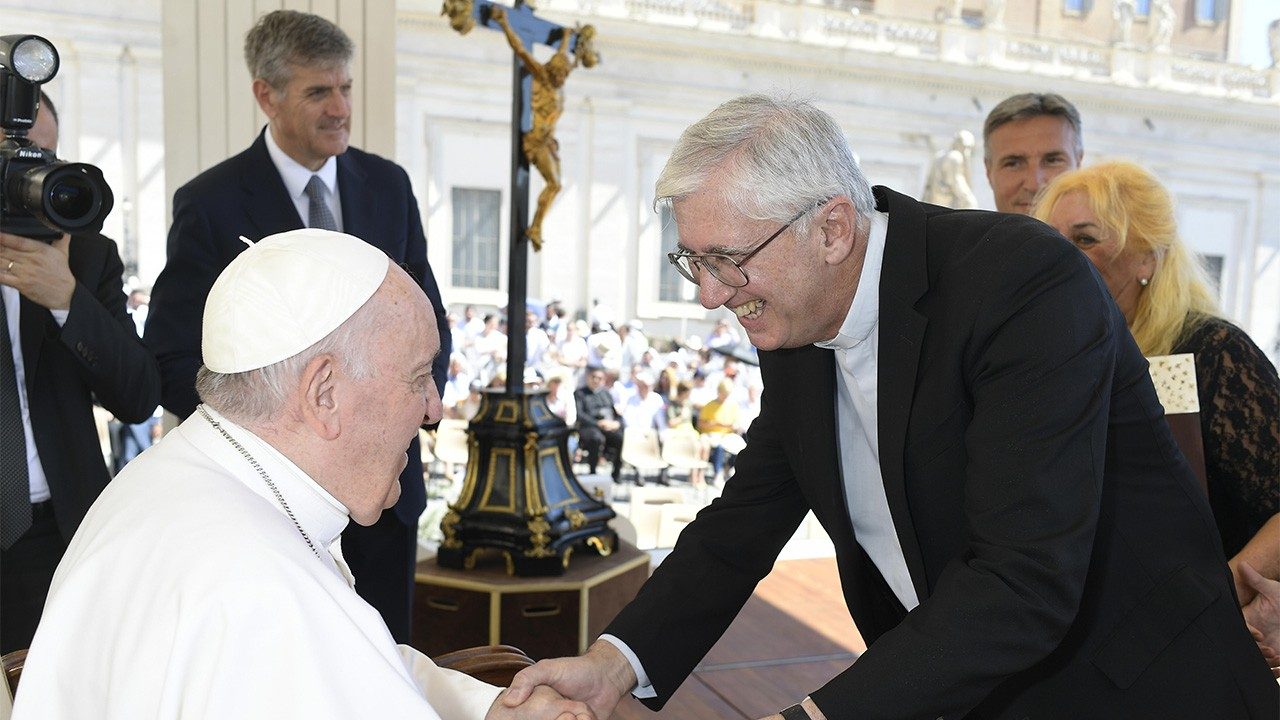 “My heart is a warehouse, it’s full of things I keep. I have to expand the shelves all the time. In this I am a bit of a ‘collector’ in the good sense of the word, I don’t want to lose any of the good things that people give me. People gratify you so much, with examples, with words, with one or two deeds. The priest is there to teach people, but I believe that we learn a lot from people if we look at them”.

Thus begins the interview that Pope Francis granted to the Argentinean priest Guillermo Marcó, who was in charge of the Press Office of the Archbishopric of Buenos Aires while Bergoglio was Archbishop. 22 minutes of the conversation, which lasted an hour and a half in total and took place on June 9, were published on Sunday, 3 July, in “Marcó tu semana, de la tele a las redes,” a podcast produced by Father Marcó.

The conversation focused on more personal questions about the Pope: his spiritual life, his time away from his native Argentina – not current affairs. As many of these topics are dealt with in other media, he preferred to speak about topics “of the simpler life,” addressing “questions that I often ask myself, because when you know someone, you know how he lived, you know how he prayed”, said the former spokesman in the presentation of his podcast.

“Many times he would tell you, when faced with a problem: ‘Well, let me pray about it and then I’ll answer you,'” Fr. Marcó said.

The first question they discussed was the life of prayer. Pope Francis said that “the prayer of a bishop is to take care of the flock, to put it in evangelical terms, and the Pope is a bishop, so he follows the same style. It is similar: to ask, to intercede, to give thanks for all the good that is done.”

“Do you still wake up early to pray?”, Marcó asked him, and the Pope answered: “Yes, that’s right, because if you don’t pray in the morning, you don’t pray anymore, because you are caught in the meat grinder”.

Walkling, the greatest nostalgia of life in Buenos Aires

What the Pope misses most about the Argentine capital is the possibility of walking the streets, as he himself explained:

“Back in Buenos Aires I was either walking or riding the bus, etcetera. Here, the two times I had to go out, I was caught red-handed. Twice, in winter. Seven o’clock in the evening when nothing happens, everything was dark… When I went to the optician’s, a lady from the balcony (shouted) ‘The Pope’ and that was the end of it. And when I went to the empty record store – I went to bless it because it was a friend’s record store that had been restructured… (…) So unlucky that right there was a cab stand nearby, with a waiting journalist”.

How does he feel about the immense responsibility?

Regarding his spiritual state before his mission at the head of the Church, the Pope said “the Holy Spirit gives you many fruits, but no one ever talks about the things that make you numb. And sometimes, you feel you are numb in the face of situations that should make you suffer greatly and make you move, without missing the opportunity”.

“Where there is crisis, you grow”.

Another topic discussed in the interview was crisis management: “One of the things I learned here is that we do not know how to manage crises, and crises are what make us grow,” the Pope declared.

Then, Pope Francis cited the founders of the European Union as examples of men who knew how to manage crises and grew with them, “they did not transform them into conflict, or black and white”.

“When you transform a crisis into conflict, you lose. Unity is greater than conflict, in other words, conflict diminishes you,” he said.

Testimony of the elderliness in the first person

Finally, reflecting on the cycle of catechesis on the elderly which Pope Francis began on 23 February during the General Audiences, Father Marcó wanted to know how the Pope faces this stage of his life: “At this age, I laugh at myself and move on,” he said.