Pope Francis prays for those suffering in Yemen and Ukraine 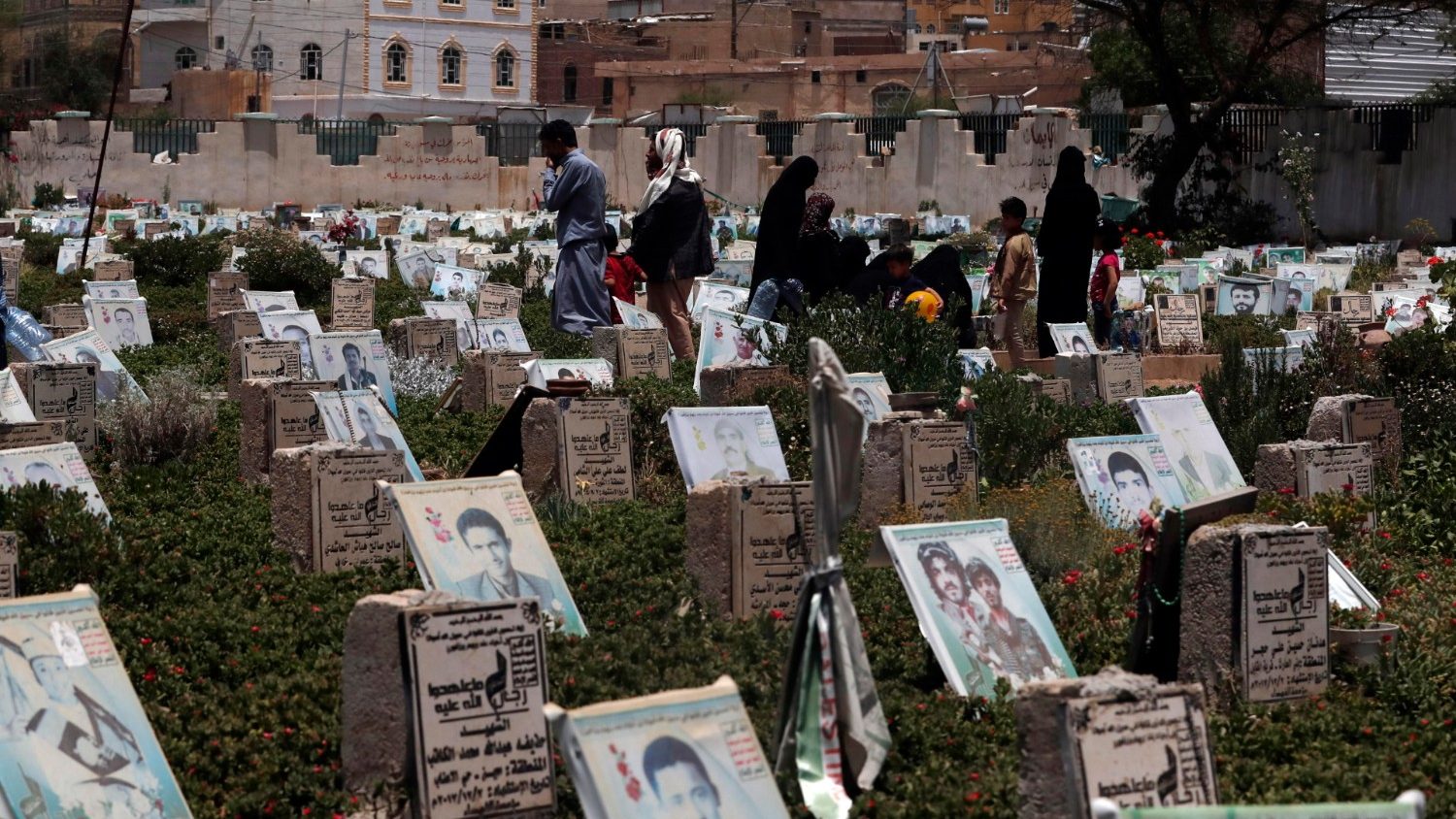 Following the Angelus prayer on Sunday, Pope Francis invited everyone to pray for the people of Yemen and Ukraine.

“I invite you to pray for the people of Yemen, especially for children, who are suffering due to the serious humanitarian crisis,” he said.

Yemen continues to be rocked by a 5-year-long civil war.

The UN’s children’s agency warned Friday that millions of children could face starvation as the Covid-19 pandemic takes hold in the country.

That would represent a 20 percent increase over the current figure.

“Devastating food and cholera crises emerged during the conflict; while violence persistently blights lives, with more than 35 frontlines still active across the country,” the report read. “The nation’s health services are on the verge of collapse and the economy has been ravaged.”

UNICEF said the arrival of Covid-19 adds another layer on the emergency in Yemen.

Pope Francis also appealed for prayers for people in western Ukraine, which has seen torrential rains and flooding.

“May they experience the Lord’s comfort and the care of their brothers and sisters,” he prayed.

At least 3 people have died in the flooding, and hundreds have been forced from their homes. Several villages have been cut off from surrounding areas.

“The situation in five regions is critical. The Ivano-Frankivsk region suffered most,” he said. “The last such flood was in 2008.”

FacebookTwitterPinterestEmailLinkedin
In crowded Rohingya refugee camps, social distancing presents challengesPope at Angelus: Gratitude is a sign of the kingdom of God