Pope Francis on the need to train young peacemakers 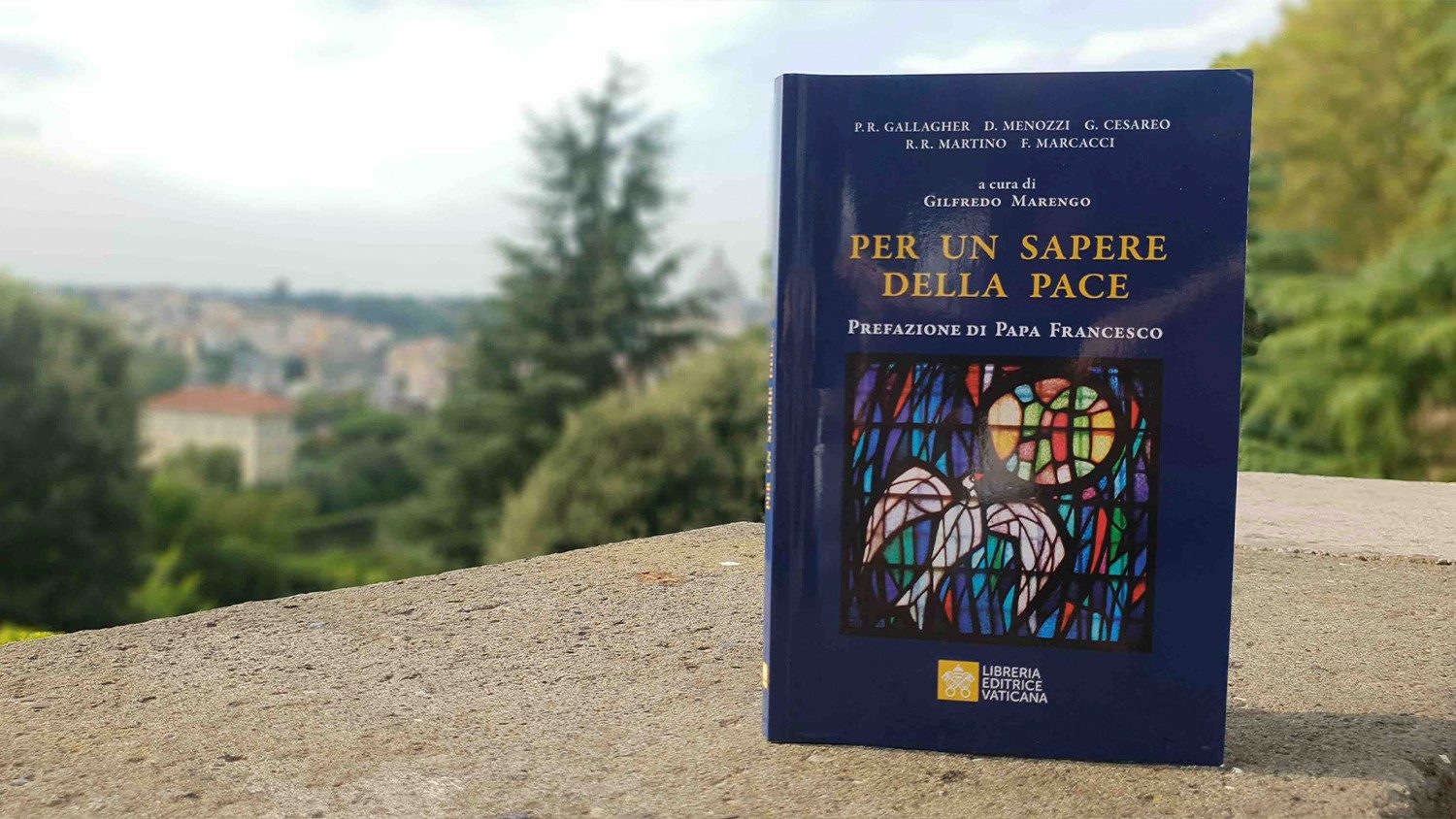 Pope Francis once more underscores the need to invest in the younger generations to address the challenges posed by climate change, war and violence in today’s society.  He does so in the preface of a book in Italian entitled “Per un sapere della pace” (For a knowledge of peace), printed by the Vatican Publishing House (Libreria Editrice Vaticana -LEV).

Edited by Gilfredo Marengo, Vice Dean and Ordinary of Theological Anthropology of the Pontifical Theological Institute ‘John Paul II’ for the Sciences of Marriage and Family, the 124-page volume looks to the future providing some food for thought.  Recalling his decision in 2018 to establish a cycle of studies in Peace Sciences at the Pontifical Lateran University, the Pope explains that the goal is to help define the outline of a specific figure such as the peace-maker.

The starting point is the special dimension of an “outgoing Church”, which is reflected in the collaboration with the academic world.  “The Church”, the Pope writes, “is called to commit itself to the solution of problems concerning peace, harmony, the environment, the defence of life and human and civil rights.” And in this path, he says, “the university world has a central role to play as the symbolic place of the integral humanism that continually needs to be renewed and enriched”.

Thus, a new interdisciplinary academic enterprise based on fruitful dialogue between philosophy, theology, law and history is a immediate objective.  Pope Francis says he is confident “that a rigorous deepening of these research paths, nourished also by the contributions of the human sciences, will be able to foster the growth of a “knowledge of peace” in order to form precious peace workers, who are ready to put themselves at stake in the most diverse areas of the life of our societies”.

The Holy Father explores what it means to specialize in this field.  “A good peacemaker,” he says, “must be able to have a mature look at the world and history that does not fall into a sort of  ‘diagnostic excess’ which is not always accompanied by resolute and concretely applicable proposals.”  “It is, in fact, a matter of going beyond a purely sociological approach that claims to embrace the whole of reality in a neutral and impersonal way”.

The Pope, therefore, invites us to keep our gaze on the context without neglecting the practical aspects. “Whoever intends to become an expert in Peace Sciences,” he says, “needs to learn to be attentive to the signs of the times.”  According to the Holy Father, the taste for scientific research and study must be accompanied by a heart that is capable of sharing the joys and hopes, the sadness and anguish of today’s people, in order to know how to make a real discernment of the Gospel.

Addressing those interested in this path, the Pope provides a further indication. “Engaging in these paths of formation,” he says, “can be a valid help for many young people to discover that the lay vocation is first of all charity in the family and social or political charity.”  “This is a concrete commitment for the construction of a new society starting from faith.”

The book, “For a knowledge of peace”, consists in a series of contributions, mostly from a seminar held last February 28, 2019 at the Pontifical Lateran University.  Among the contributors are Archbishop Paul Richard Gallagher, Vatican Secretary for Relations with States, Daniele Menozzi, historian of religions, Giulio Cesareo, chief editor of the Vatican Publishing House, and Flavia Marcacci, extraordinary professor of History of Scientific Thought at the Faculty of Philosophy of the Pontifical Lateran University.

FacebookTwitterPinterestEmailLinkedIn
Beirut residents in shock after yet another blazeTaiwan foreign ministry: Vatican-China deal will not affect diplomatic recognition