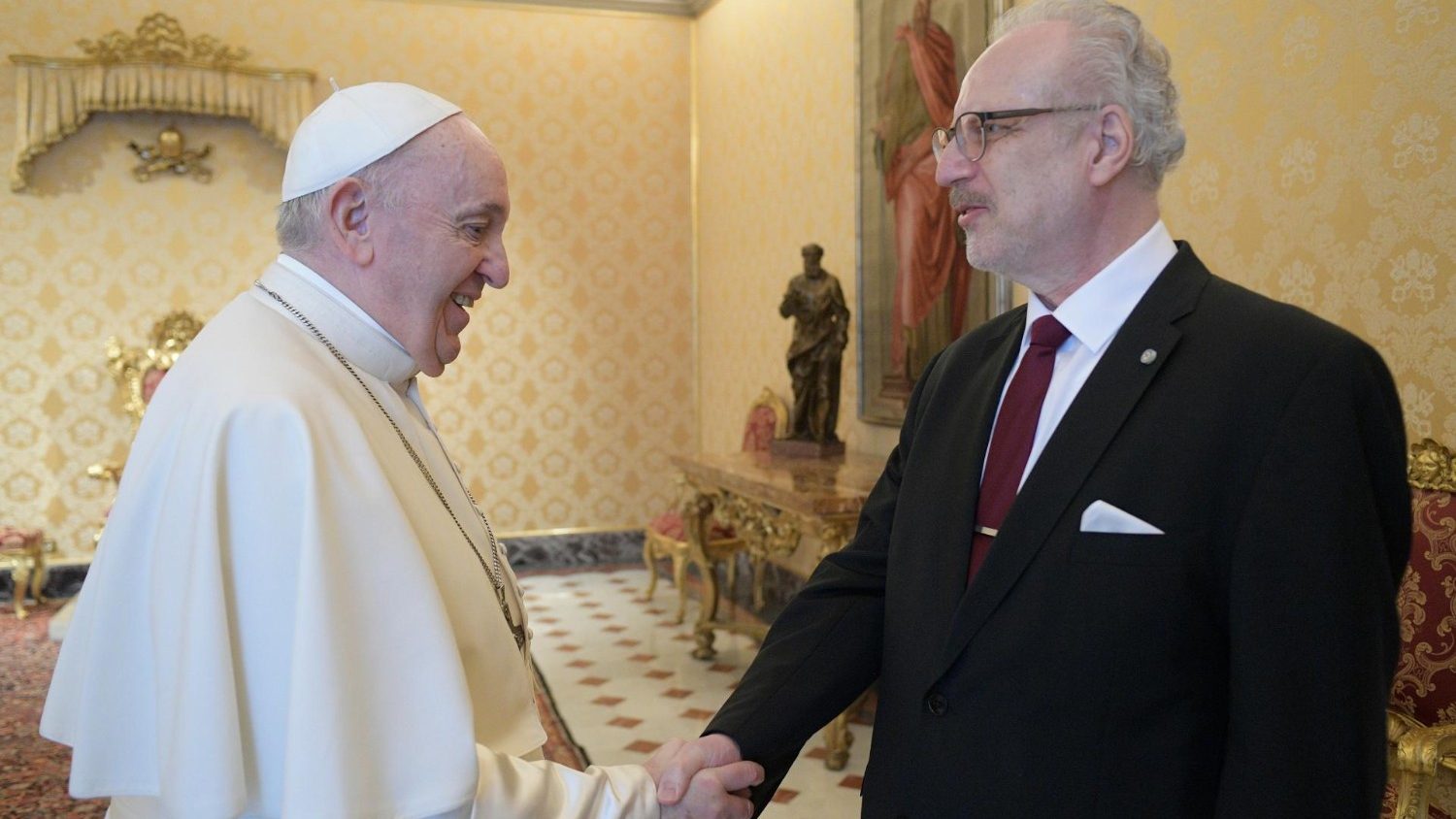 Pope Francis met Monday with Mr. Egils Levits, the President of the Republic of Latvia, in the Apostolic Palace in the Vatican, according to a statement from the Holy See Press Office.

During the cordial talks, satisfaction was expressed for the good bilateral relations, recalling the centenary of diplomatic relations between the Holy See and Latvia.

The parties also highlighted the fundamental contribution of the Christian faith and of the Catholic Church to the promotion of an authentic humanism, open to the spiritual dimension, for the protection of the dignity of man and of the family.

The encounter then focused on matters of mutual interest, both in the international and regional spheres, and the parties reaffirmed their desire to work together in the pursuit of the common good and the promotion of a culture that fosters peace and fraternity among peoples.

Share on FacebookShare on TwitterShare on PinterestShare on EmailShare on LinkedIn
Philippine church bells kick off voter registration campaignFormation of priests: A combination of strength and mercy