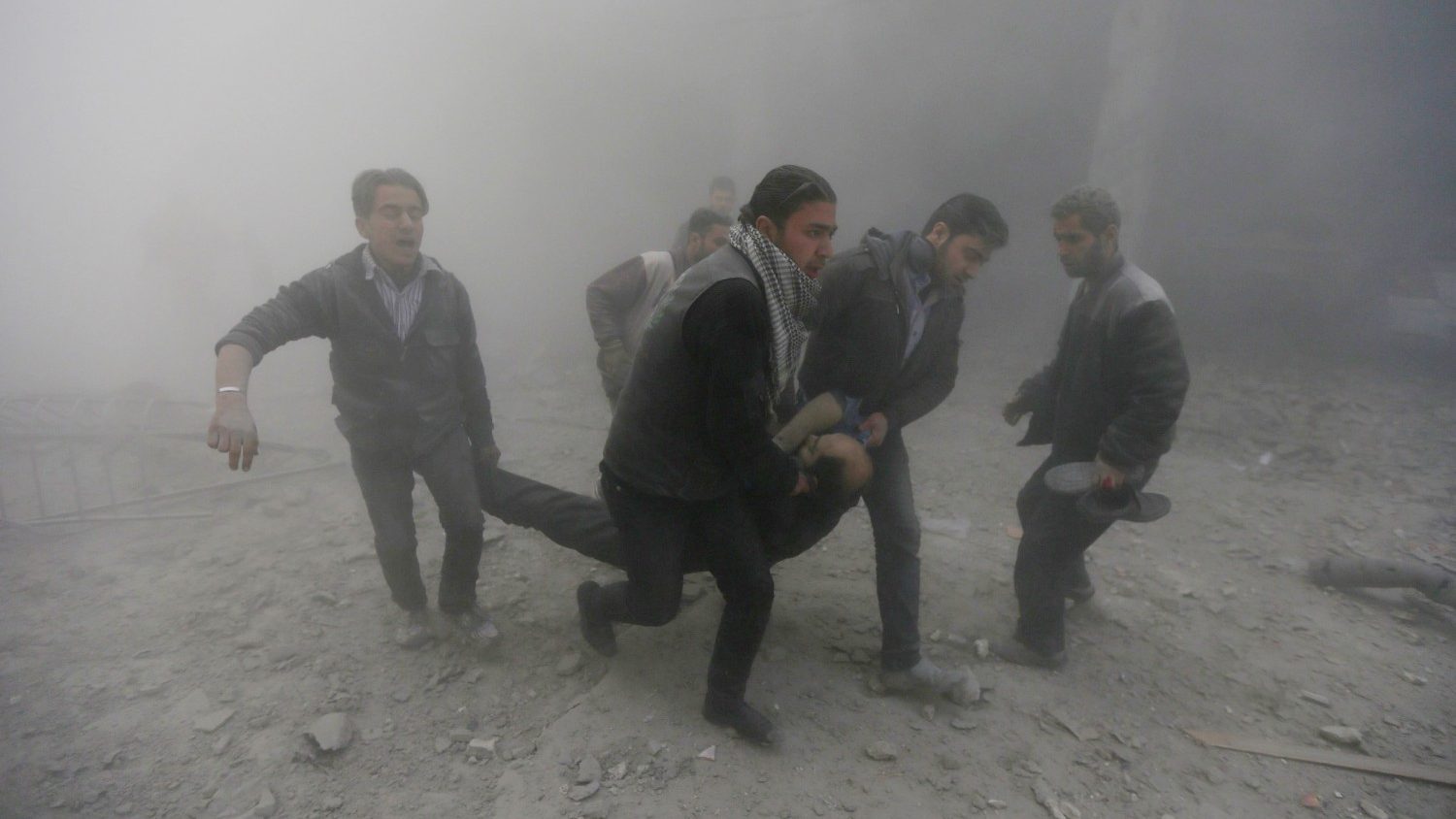 On 15 March 2011, unrest among the people of Syria boiled over. Protests against the Ba’athist government of President Bashar al-Assad escalated into an armed conflict following a violent suppression of demonstrations.

Now, 10 years later, Pope Francis is once again lifting his voice to lament the war and its many devastating effects on Syrians.

The Syrian civil war, he said after the Angelus prayer on Sunday, “has caused one of the worst humanitarian disasters of our times.”

“An untold number of dead and wounded, millions of refugees, thousands missing, destruction, violence of all kinds and immense suffering for the entire population, especially the most vulnerable, such as children, women and the elderly,” said the Pope.

In response, Pope Francis renewed his “heartfelt appeal” for all parties to the conflict to “show signs of good will, so that a glimmer of hope may open up for the exhausted population.”

He also called on the international community to provide “decisive and renewed” commitment to rebuilding the nation, so that “once the weapons are laid down, the social fabric may be mended and reconstruction and economic recovery can begin.”

“Let us all pray to the Lord that so much suffering in our beloved and martyred Syria will not be forgotten, and that our solidarity will revive hope.”

And he led the faithful in the recitation of the Hail Mary.

How has the war affected Syrians?

Since the conflict erupted a decade ago, Syria has witnessed unprecedented devastation and displacement.

As it stands, more than 5 million Syrians have fled the country and 6 million remain internally displaced. Furthermore, with more than 13 million people in need of assistance, the conflict has caused untold suffering for Syrian men, women and children.

In such conditions, there is an enormous need for humanitarian aid.

More than 13.4 million people in the country need some sort of relief, according to the United Nations.

At the same time, the UN says that delivering that aid is a dangerous, sometimes deadly, business: on average, at least two aid workers and eight medical personnel have been killed in Syria every month for the past decade.

Suffering in the northwest

The situation in Syria’s northwest, where millions of children remain displaced, is particularly alarming, with many families having fled violence multiple times, some as many as seven times, in search of safety.

They are living in tents, shelters, and wrecked or derelict buildings.

Elsewhere, after a decade of war, 9 in 10 children still inside the country are in need of help.

The UN Children’s Fund, UNICEF, says families have been pushed to the brink of despair. To make matters worse, the Syrian economy is also in tatters.

The price of the average food basket increased by more than 230 percent in the last year, and more than half a million children under five suffer from stunting, as a result of chronic malnutrition.

Share on FacebookShare on TwitterShare on PinterestShare on EmailShare on LinkedIn
Pope at Angelus: Jesus is light that opens us to God’s lovePope Francis prays for ‘martyred Syria’ on eve of 10th anniversary of war