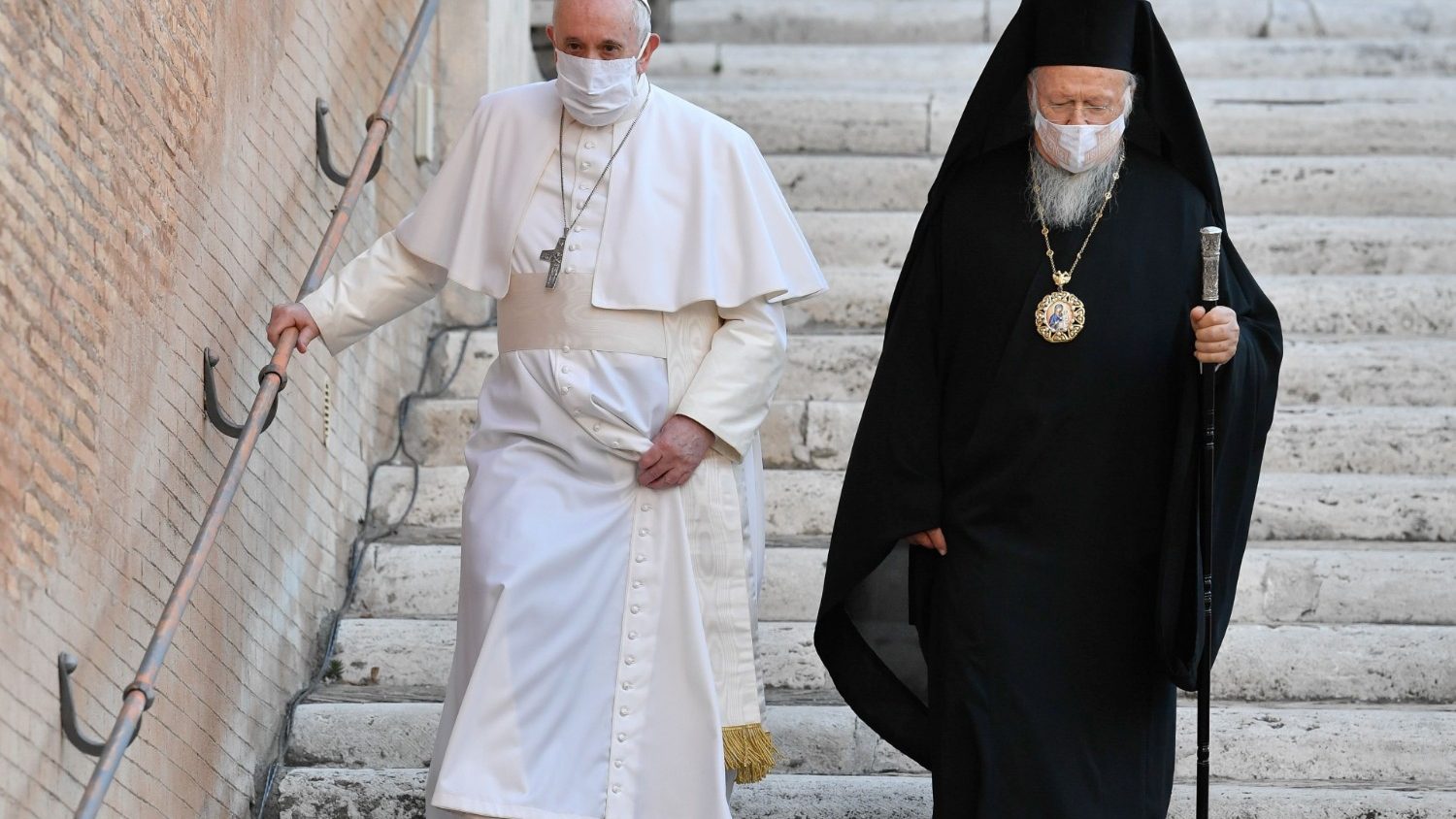 In the message to Ecumenical Patriarch Bartholomew, Pope Francis calls to mind “the charity, apostolic zeal and perseverance” of Saint Andrew, which he says “is a source of encouragement in these difficult and critical times.”

The Pope emphasizes, “Giving glory to God also strengthens our faith and hope in the one who welcomed into eternal life the holy martyr Andrew, whose faith endured in time of trial.”

Pope Francis also recalls with great joy the presence of the Patriarch at the international meeting for peace that was in held in Rome on 20 October this year, along with other religious leaders.

Challenges in our world

“Together with the challenges posed by the current pandemic,” the Pope underlines, “war continues to afflict many parts of the world, while new armed conflicts emerge to steal the lives of countless men and women.”

He notes that “all initiatives taken by national and international entities aimed at promoting peace are useful and necessary.” Yet, Pope Francis continues, “conflict and violence will never cease until all people reach a deeper awareness that they have a mutual responsibility as brothers and sisters.”

The example of Christian Churches

In light of this, the Pope points out that the Christian Churches, together with other religious traditions, “have a primary duty to offer an example of dialogue, mutual respect and practical cooperation.”

Expressing his gratitude to God, Pope says he himself has experienced “this fraternity at first hand.”

The path to full communion

In his message, Pope Francis acknowledges that the desire for ever greater closeness and understanding between Christians “was manifest in the Ecumenical Patriarchate of Constantinople before the Catholic Church and other Churches engaged themselves in dialogue.”

The Pope goes on to say that this can be seen clearly in the encyclical letter of the Holy Synod of the Ecumenical Patriarchate addressed to the Churches worldwide exactly one hundred years ago, and which, he remarks, “remains relevant today.”

“We can thank God that relations between the Catholic Church and the Ecumenical Patriarchate have grown much over the past century, even as we continue to yearn for the goal of the restoration of full communion expressed through participation at the same Eucharistic altar,” says Pope Francis.

Acknowledging that obstacles still remain on the road to unity, the Pope also says he is confident that by “walking together in mutual love and pursuing theological dialogue, we will reach that goal.”

This hope, he concludes, “is based on our common faith in Jesus Christ, sent by God the Father to gather all people into one body, and the cornerstone of the one and holy Church, God’s holy temple, in which all of us are living stones, each according to our own particular charism or ministry bestowed by the Holy Spirit.”

Share on FacebookShare on TwitterShare on PinterestShare on EmailShare on LinkedIn
43 Catholic priests have died in Italy’s 2nd wave of coronavirusKate Raworth: reroute economy in human and ecological values