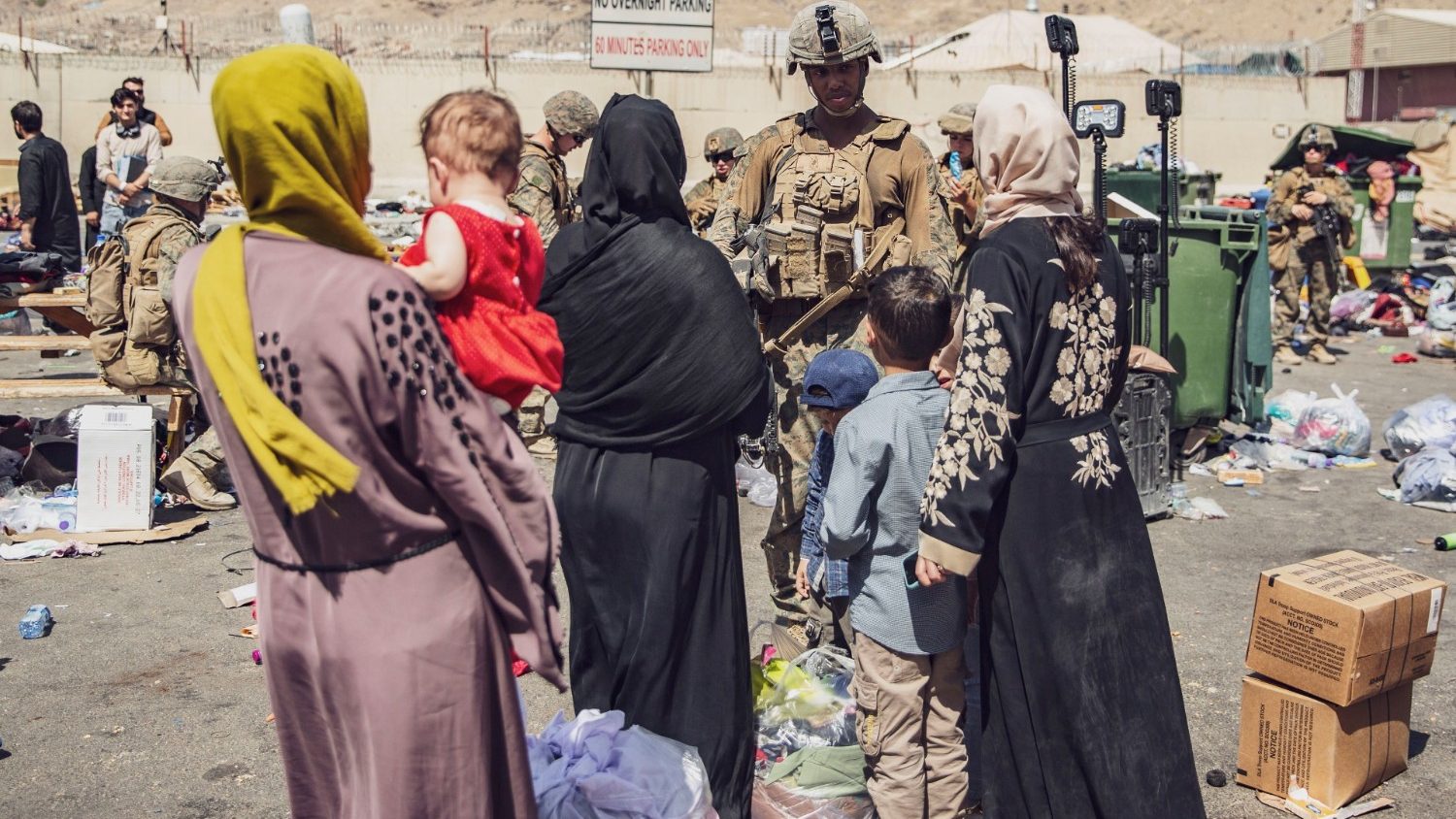 “I am following the situation in Afghanistan with great concern,” Pope Francis said on Sunday, adding, “I share in the suffering of those who mourn for the people who lost their lives in the suicide attacks last Thursday, and of those who are seeking help and protection.”

Almost two hundred people were killed in the suicide bombing at Kabul’s airport last week, and thousands of people are still waiting desperately to flee to the country as the Taliban takes control of the war-torn nation.

The Holy Father commended the souls of those who were killed “to the mercy of Almighty God.” At the same time, he thanked those who are working to help the “sorely tried population” of Afghanistan, especially women and children. “I ask everyone to continue to assist those in need,” the Pope said, “and to pray that dialogue and solidarity may lead to the establishment of peaceful and fraternal coexistence, and offer hope for the future of the country.”

Pope Francis insisted that “in historical moments like this we cannot remained indifferent,” and for Christians it is a duty to respond. For this reason, he said, “I appeal to everyone to intensify prayer and practise fasting: prayer and fasting, prayer and penance. Now is the time to do it.”

Adding emphasis to his appeal, he continued, “I’m serious: Intensify prayer and practice fasting, asking the Lord for mercy and forgiveness.”

Share on FacebookShare on TwitterShare on PinterestShare on EmailShare on LinkedIn
Pope Francis appoints Vatican Master of Ceremonies Msgr. Guido Marini to Italian dioceseCardinal Re: Begin anew from Christ and bear witness to faith