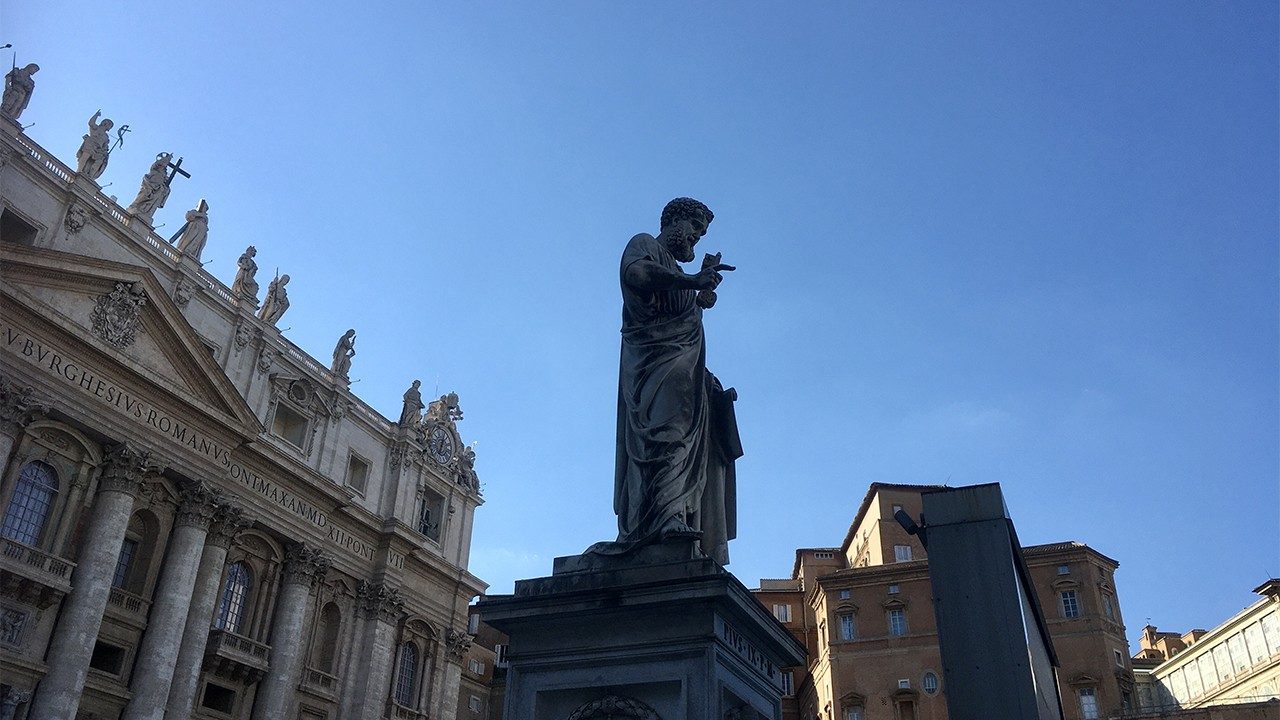 Pope Francis has authorized the promulgation of several decrees regarding nine people who are on the path toward canonization.

The news came Wednesday following a meeting between the Pope and Cardinal-elect Marcello Semeraro, Prefect of the Congregation for the Causes of Saints.

– the miracle attributed to the intercession of Blessed Giustino Maria Russolillo, Priest and Founder of the Society of Divine Vocations and the Congregation of the Sisters of Divine Vocations. He was born on January 18, 1891, in Pianura di Napoli (Italy) and died there on August 2, 1955;

– the miracle, attributed to the intercession of the Venerable Servant of God Maria Lorenza Requenses in Longo, Foundress of the Hospital of the Incurables in Naples and the Capuchin Nuns. She was born circa 1463 in Lleida (Spain) and died in Naples (Italy) on December 21, 1539;

– the miracle, attributed to the intercession of the Venerable Servant of God Elżbieta Czacka (born Róża), Foundress of the Congregation of the Franciscan Sisters Handmaids of the Cross. She was born on October 22, 1876, in Bila Tserkva (Ukraine) and died in Laski (Poland) on May 15, 1961.

The decrees also recognized the martyrdom of four Servants of God:

– the martyrdom of the Servants of God Léonard Melki and Thomas Saleh, professed priests of the Order of Capuchin Friars Minor. The two men were killed in hatred of the Faith, in Turkey in 1915 and 1917;

– the martyrdom of the Servant of God Luigi Lenzini, Diocesan Priest. He was killed in hatred of the Faith, in Crocette di Pavullo (Italy), on the night between 20 and 21 July 1945;

– the martyrdom of the Servant of God Isabel Cristina Mrad Campos, a lay woman. She was killed in hatred of the Faith, in Juiz de Fora (Brazil) on September 1, 1982.

– the heroic virtues of the Servant of God Roberto Giovanni, a professed Brother of the Congregation of the Sacred Stigmata of Our Lord Jesus Christ. He was born on March 18, 1903, in Rio Claro (Brazil) and died in Campinas (Brazil) on January 11, 1994;

– the heroic virtues of the Servant of God Maria Teresa of the Heart of Jesus (born Celia Méndez y Delgado), Co-foundress of the Congregation of the Handmaids of the Divine Heart of Jesus. She was born on February 11, 1844, in Fuentes de Andalucía (Spain) and died in Seville (Spain) on June 2, 1908.