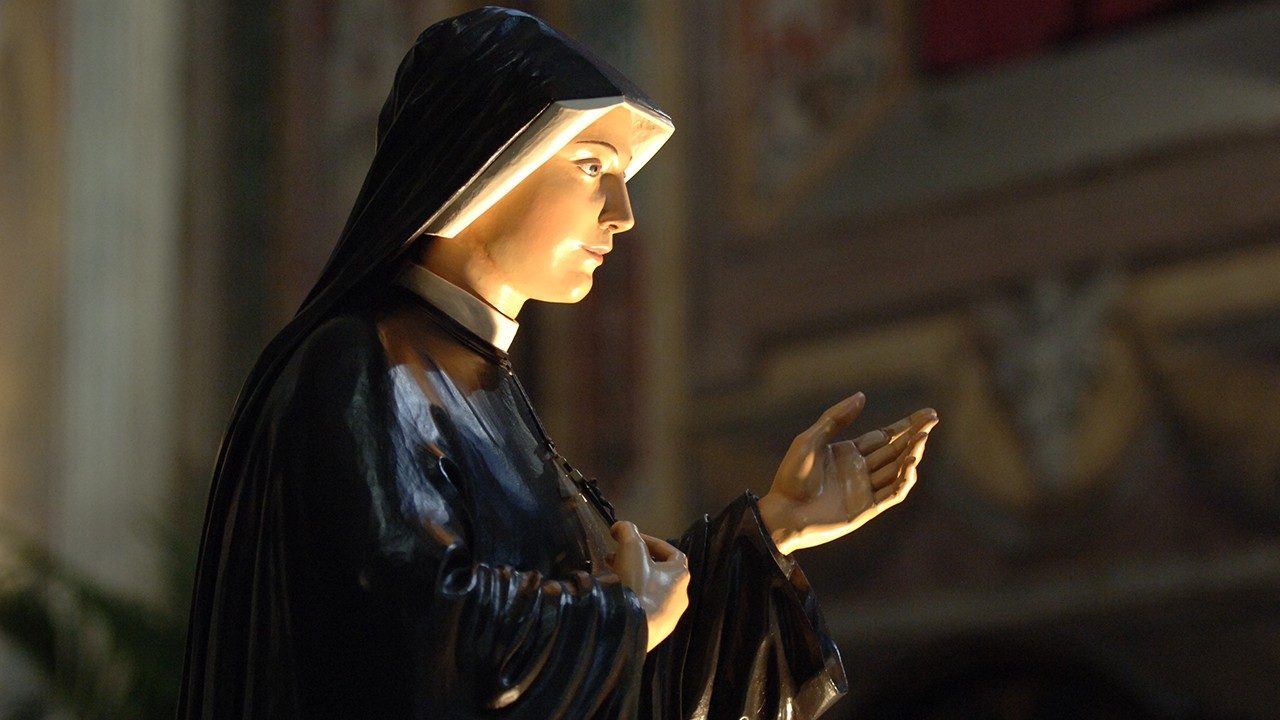 The Congregation for Divine Worship and the Discipline of the Sacraments issued a decree on Monday, 18 May, inscribing the celebration of Saint Maria Faustina (Helena) Kowalska, virgin, in the General Roman Calendar.

The decree – issued on behalf of Pope Francis – came on the same day as the Church marks 100 years since the birth of Karol Wojtyla. The future Pope St. John Paul II canonized St. Faustina in the year 2000.

Her optional memorial will be celebrated around the world on 5 October.

Below please find the official English-language translation of the decree:

“His mercy is for those who fear him from generation to generation” (Lk 1: 50). What the Virgin Mary sang in the Magnificat, contemplating the salvific work of God in favour of every human generation, found an echo in the spiritual encounters of Saint Faustina Kowalska who, through a heavenly gift, saw in the Lord Jesus Christ the merciful face of the Father and became its herald.

Born in the village of Głogowiec, near Łódź, in Poland in 1905, and dying in Krakow in 1938, Saint Faustina spent her short life amongst the Sisters of Our Lady of Mercy, generously conforming herself to the vocation she received from God and developing an intense spiritual life, rich in spiritual gifts and in faithful harmony with them. In the Diary of her soul, the sanctuary of her encounter with the Lord Jesus, she herself recounts what the Lord worked in her for the benefit of all: listening to Him who is Love and Mercy she understood that no human wretchedness could measure itself against the mercy which ceaselessly pours from the heart of Christ. Thus she became the inspiration for a movement dedicated to proclaiming and imploring Divine Mercy throughout the whole world. Canonized in the year 2000 by Saint John Paul II, the name of Faustina quickly became known around the world, thereby promoting in all the parts of the People of God, Pastors and lay faithful alike, the invocation of Divine Mercy and its credible witness in the conduct of the lives of believers.

Therefore the Supreme Pontiff Francis, accepting the petitions and wishes of Pastors, religious women and men, as well as associations of the faithful and having considered the influence exercised by the spirituality of Saint Faustina in different parts of the world, has decreed that the name of Saint Maria Faustina (Helena) Kowalska, virgin, be inscribed in the General Roman Calendar and that her optional memorial be celebrated by all on 5 October.

This new memorial shall be inserted into all the Calendars and liturgical books for the celebration of the Mass and the Liturgy of the Hours, adopting the liturgical texts attached to this decree which must be translated, approved and, after confirmation by this Dicastery, published by the Episcopal Conferences.

Anything to the contrary notwithstanding.

From the Congregation for Divine Worship and the Discipline of the Sacraments, 18 May 2020.