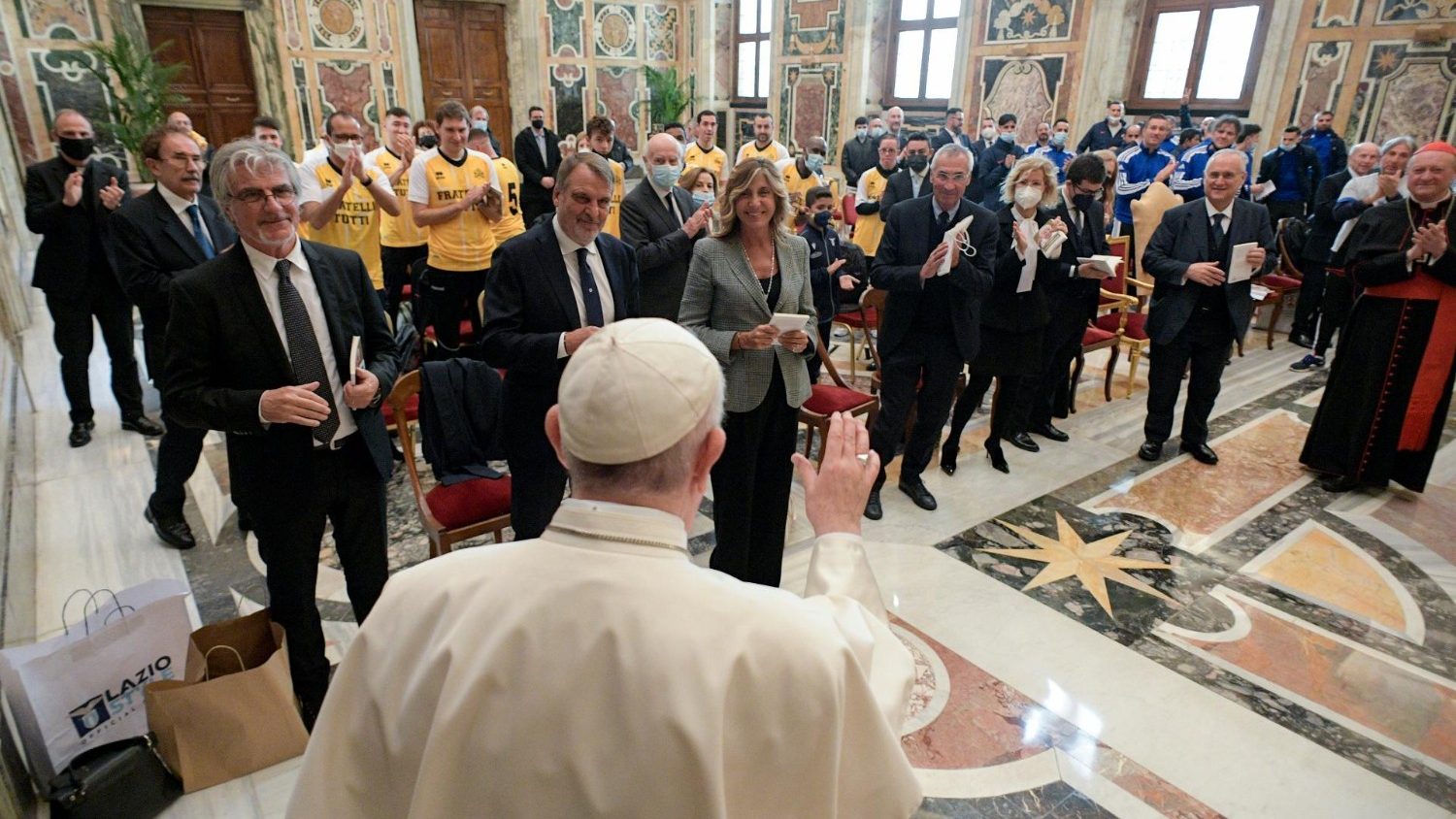 Pope Francis on Saturday received in audience the representatives of the “World Rom Organization” and the “Pope’s Team – Fratelli tutti” who will play a friendly football match on Sunday to promote the values of inclusion and fraternity.

The ‘Fratelli Tutti football match’ will take place at 2:30 pm on the training grounds of Italy’s Lazio football club at Formello, some 25 kilometres north of Rome. It is organized by the Pontifical Council and Athletica Vaticana, the Vatican’s sporting association.

Those playing for the Vatican team – made up of Swiss Guards, Vatican employees, priests serving in the Roman Curia and the Pontifical Ecclesiastical Academy – will also include three young migrants hosted by the Community of Sant’Egidio, and a young man with Down’s syndrome who participates in Special Olympics events.

The team’s inclusive make-up was remarked on by Pope Francis who, in his address, thanked players for accepting to join the ‘Pope’s Team- Fratelli Tutti’, where “there are no barriers” making inclusion “a simple normality”.

The ‘Kick to exclusion’ project

Welcoming the Zagreb-based World Rom Organization’s proposal to play the soccer friendly in Rome, he noted that their competing team expresses a passion for sports which is “lived with solidarity and gratuitousness, and with an amateur and inclusive spirit.”

Pope Francis also encouraged the ‘Kick to exclusion’ project sponsored by the Diocese of Rome to promote the inclusion of the Roma and other vulnerable people. On the occasion of the special sporting event, funds will be raised to support the project.

Integration is path to peaceful coexistence

Recalling his own words during his visit to the Roma Luník IX neighbourhood in Košice, Slovakia, on 14 September, Pope Francis recalled that too often the Roma people have been victims of “preconceptions and merciless judgments, of discriminatory stereotypes, of defamatory words and gestures”.

He highlighted how his call “to live as a people called by God, each with his or her special role to play, all as members of the same team” fits in perfectly with the aim of the initiative.

This football match, he said, “indicates that the way to peaceful coexistence is integration. And the basis is the education of children.”

Sports is a place of encounter

Pope Francis finally remarked that the World Rom Organization’s efforts to promote inclusion and friendship through sports, is “a sign of hope”.

“All children have the right to grow up together without discrimination,” concluded the Pope. “Sports is a place of encounter and equality, and can build communities through bridges of friendship.”

Share on FacebookShare on TwitterShare on PinterestShare on EmailShare on LinkedIn
Pope names Cardinal Mamberti as envoy for 150th anniversary of Pro Petri SedePope: Go into the world with your heart immersed in God