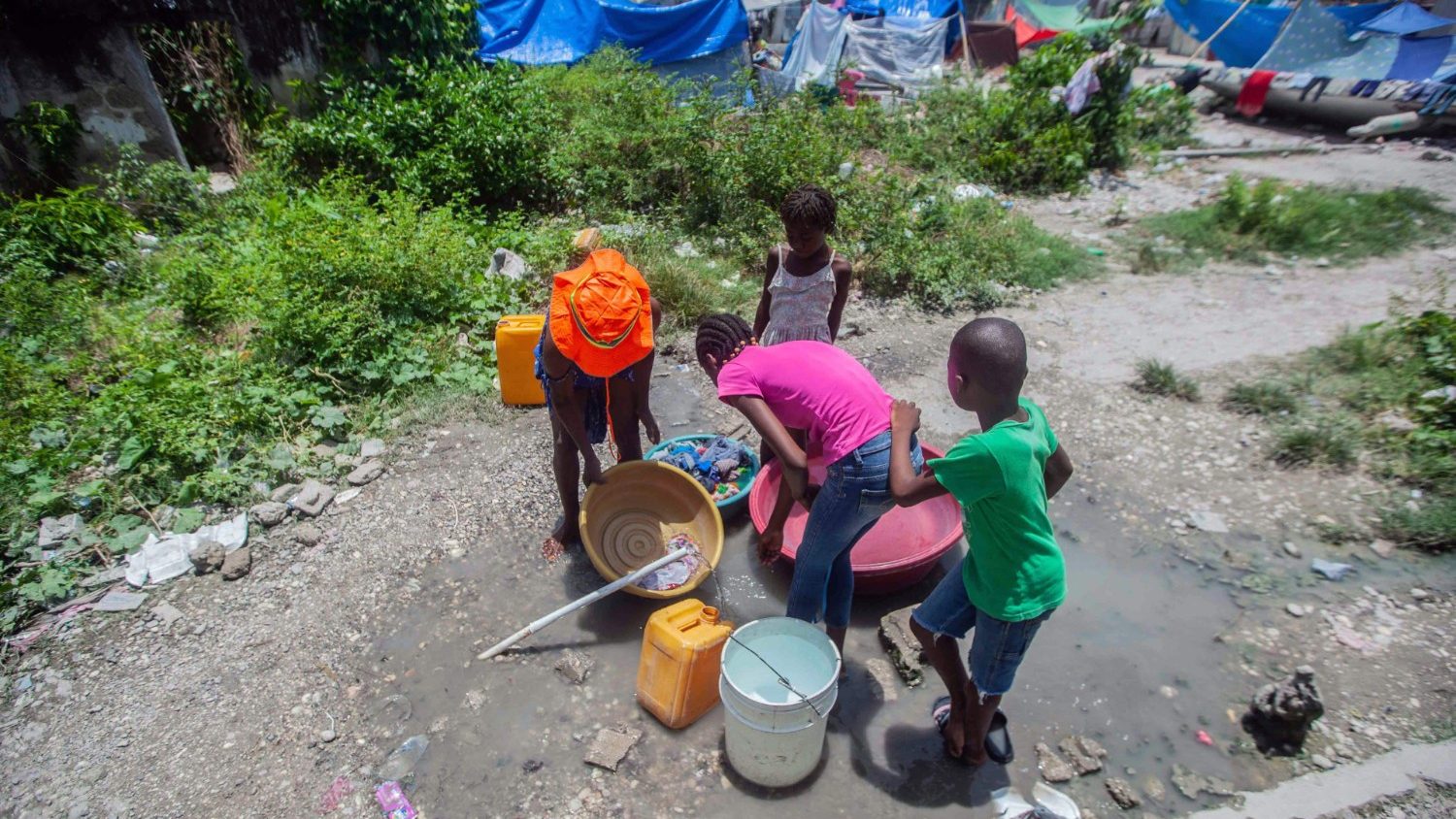 The Pope’s concern for the battered and forgotten Caribbean island of Haiti has also taken concrete form, after an appeal for solidarity launched at the Angelus on August 15 with the invocation of Our Lady’s protection.

In a statement released on Tuesday, the Dicastery for Promoting Integral Human Development, headed by Cardinal Peter Turkson, notes that Pope Francis has decided to send a preliminary contribution of 200,000 euros for the relief of the population in this phase of the post-earthquake emergency, a phase that is linked to the already difficult situation due to the Covid-19 pandemic that has caused about 600 victims in the collapsed health situation on the island.

The earthquake, which struck on the morning of 14 August 14 with a magnitude 7.2 on the Richter scale, and was also felt in Jamaica, had its epicenter about 150 km west of the Haitian capital Port-au-Prince, and devastated entire regions of the south and southwest. A still provisional tally, which has been increasing day-by-day, now numbers 2,207 dead, 344 missing and more than 12,000 injured. The damage is incalculable. Entire inland areas have been razed to the ground and homes have come down with avalanches of land already made fragile by aggressive deforestation that has marked the island for years. And what the earthquake did not destroy, the tropical storm that hit the archipelago in recent days did.

The international solidarity that the Pope had urged from the beginning, is working, but with many difficulties due to both the uncontrolled criminal gangs present throughout the territory and the difficulties of connections for the disaster that has been created. The support of Francis is therefore necessary and desired. In its statement, the Dicastery explains that the funds “will be distributed in collaboration with the Apostolic Nunciature among the dioceses most affected by the disaster, [and] will be used to assist the earthquake victims.” The contribution “is intended to be an immediate expression of the feeling of spiritual closeness and paternal encouragement towards the people and territories affected” by the disaster. Accompanied by prayer, the humanitarian aid – being gathered by Bishops’ Conferences and numerous charitable organizations and other entities throughout the Church, will be used in support of the “beloved Haitian population.”

Support for Bangladesh and Vietnam

Along with Haiti, Pope Francis is also providing immediate relief for two other countries in great difficulty. An initial offering of emergency aid of about 60 thousand euros has already been dispatched to the people of Bangladesh, recently hit by Cyclone Yaas. Over one million affected by the cyclone are already in conditions of extreme difficulty due to the spread of Indian variant.

Vietnam is another country close to the heart of Pope Francis. The Holy Father has sent initial aid package of 100,000 euros to the country, which is in a state of serious distress due to the socio-economic consequences related to the Covid 19 pandemic, which has caused more than 8000 victims here.

Share on FacebookShare on TwitterShare on PinterestShare on EmailShare on LinkedIn
Pope: Laudato si’ is not only a ‘green’ Encyclical but also a ‘social' EncyclicalUN seeks to monitor Taliban rule in Afghanistan