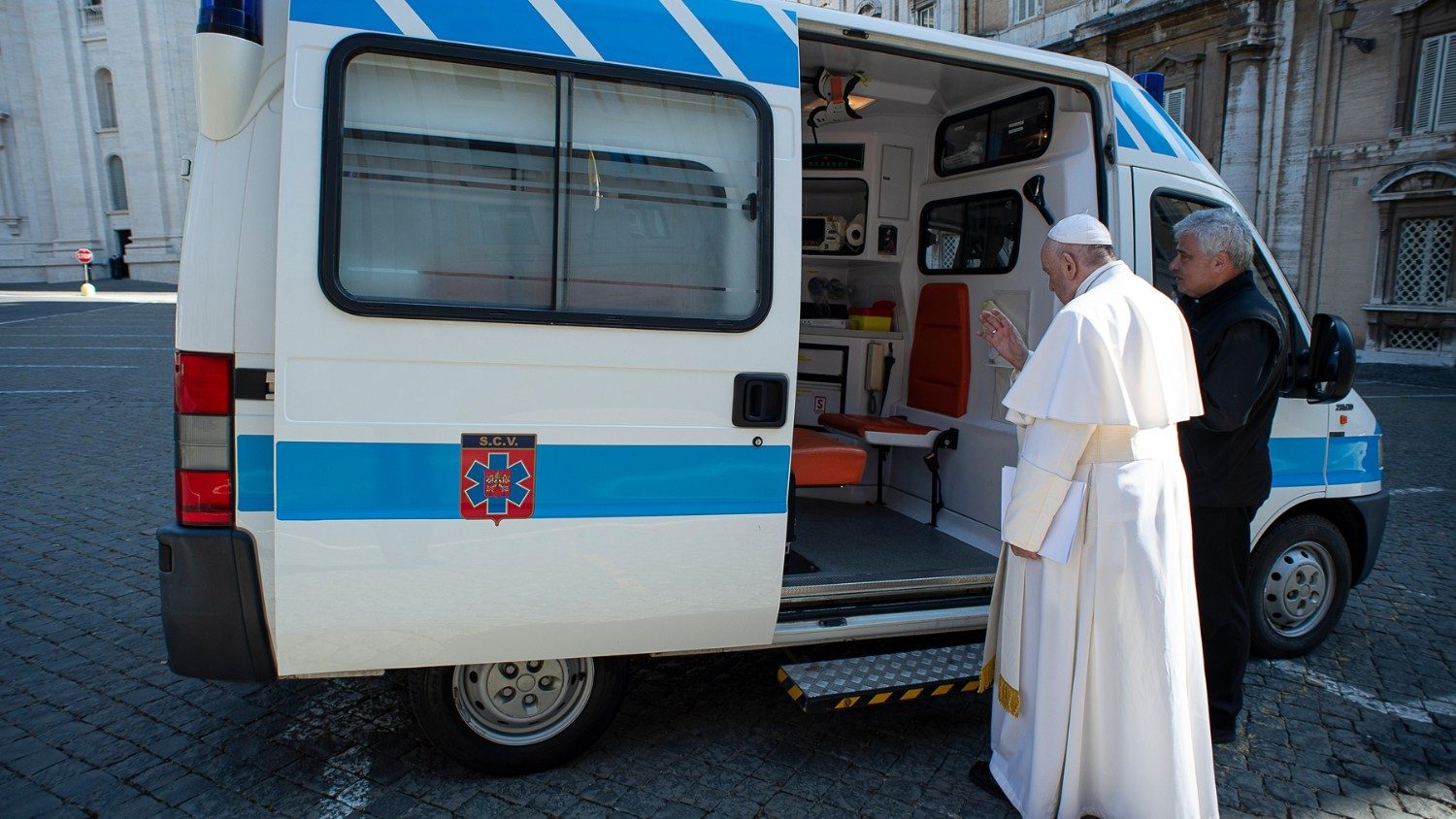 On the morning of Pentecost Sunday, Pope Francis blessed a Vatican ambulance which will serve the poor of Rome.

The Pope entrusted the ambulance to the Office of Papal Charities, under the direction of Cardinal Konrad Krajewski, the Papal Almoner.

According to a statement from the Holy See Press Office, the ambulance belongs to the Vatican’s fleet and has SCV (Vatican) license plates.

It will now be used exclusively to assist “the poorest, who remain almost invisible to Institutions.”

The statement recalls the “sad ordeal of Modesta Valenti, an elderly homeless woman to whom the city of Rome has dedicated a street.”

On 31 January 1983, after a long, cold night sleeping rough outside Termini train station, she felt ill.

“Several passers-by called an ambulance, which declined to assist her because of her poor hygiene,” reads the statement. “After 4 long hours, several hospitals refused to take responsibility for her. Modesta was left on the ground, suffering. She died before an ambulance finally arrived.”

Part of a team

The newly-blessed ambulance will assist other initiatives overseen by the Papal Almoner.

These include a mobile clinic used to provide care to the poor in Rome’s poorer neighborhoods, as well as the Mother of Mercy Clinic, set up in the Colonnade of St. Peter’s Square which offers first-aid care to homeless people in the area.