Home Test page Pope: “Deacons are the custodians of service in the Church”

Pope: “Deacons are the custodians of service in the Church” 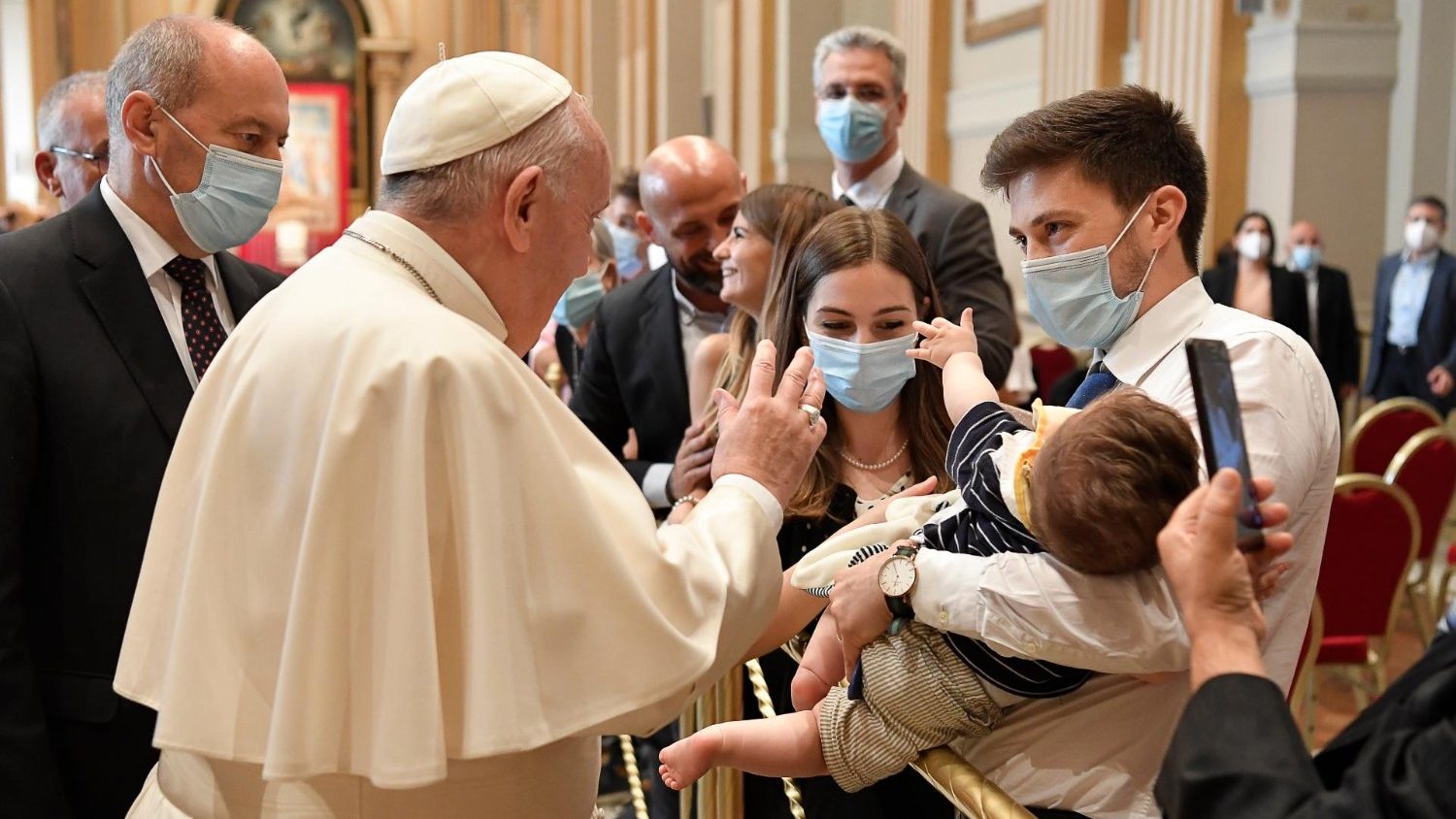 “The generosity of a deacon who spends himself without seeking the front lines smells of the Gospel and tells of the greatness of God’s humility that takes the first step to meet even those who have turned their backs on Him.” This is how Pope Francis envisages the role of a permanent deacon among the People of God in the Church. He made the comment on Saturday during a meeting with some 500 permanent deacons from his Diocese of Rome, along with their families.

In the Catholic Church, the diaconate is the first of three ranks in ordained ministry – bishops, priests and deacons. Since the Second Vatican Council, the Latin-rite Church has restored the diaconate “as a proper and permanent rank of the hierarchy”.  Deacons preparing for the priesthood are transitional deacons, while those not planning to be ordained priests are permanent deacons. Permanent diaconate can be conferred on a single or married man.  If he is married, he must be so before receiving the diaconate.

Logic of lowering and service

In his address to the group, Pope Francis explained that the main path of the ministry of the deacon is indicated in Lumen Gentium, the Second Vatican Council’s Dogmatic Constitution on the Church, which says that the diaconate is “not for the priesthood but for service.” The Pope explained that this difference, which in the previous conception reduced the diaconate to a passage to the priesthood, “helps to overcome the scourge of clericalism, which places a caste of priests ‘above’ the People of God”. And if this is not overcome, clericalism will continue in the Church.

Precisely because deacons are dedicated to the service of the People of God, they remind us that in the ecclesial body no one can elevate himself above others. In the Church, the logic of lowering must be applied. “We are all called to lower ourselves because Jesus lowered Himself” making “Himself the smallest and the servant of all.” The Holy Father said, “Please let us remember that for the disciples of Jesus, to love is to serve and to serve is to reign. Power lies in service, not in anything else.” Since deacons are the custodians of service in the Church, the Pope said, they are the custodians of true “power” in the Church, so that no one goes beyond the power of service.

Speaking about what he called a “constitutively diaconal Church,” the Pope told his permanent deacons that if they don’t live this dimension of service, their ministry will become sterile and will not produce fruit, but will slowly become worldly. Deacons remind the Church that it should have “a heart that burns with love and serves with humility and joy.” “The generosity of a deacon who spends himself without seeking the front lines,” Pope Francis said, “smells of the Gospel and tells of the greatness of God’s humility that takes the first step to meet even those who have turned their backs on Him.”

Even though the decreasing number of vocations to the priesthood demands the commitment of deacons to tasks of substitution, the Holy Father said, that does not constitute the specific nature of the diaconate. The Vatican Council emphasizes that permanent deacons are above all “devoted to the offices of charity and administration,” as in the early Christian centuries. He noted that in the great imperial metropolis of Rome seven places were organized, distinct from the parishes and distributed throughout the city’s municipalities, in which deacons carried out widespread work on behalf of the entire Christian community, especially the “least of these,” so that, as the Acts of the Apostles says, no one among them would be in need.

Pope Francis said that Rome Diocese is trying to recover this ancient tradition with the diakonia (‘service’ in Greek) in the church of San Stanislaus, in Caritas and in other areas in the service of the poor. This way, he said, deacons will never lose their bearings, becoming “half- or second-category priests” and “fancy altar boys,” but will be caring servants, excluding no one, ensuring that the love of the Lord touches people’s lives in a concrete way.

Hence, the spirituality of deacons could be briefly summed up as “availability inside and openness outside.” “Available inside, from the heart, ready to say ‘yes’, docile, without making one’s life revolve around one’s own agenda; and open outside, looking at everyone, especially those who are left out, those who feel excluded.”

Profile of a deacon

Pope Francis said he expects three things from his deacons. They should be humble, without showing off like a peacock or putting themselves at the centre. Secondly, by being good spouses and fathers or grandfathers, they will give hope and consolation to couples in difficulties who will find in their “genuine simplicity an outstretched hand.” Finally, the Pope urged them to be “sentinels” who know not only how to spot those far away and the poor but who also to help the Christian community spot Jesus in the poor and the distant, as He knocks on our doors through them.

Share on FacebookShare on TwitterShare on PinterestShare on EmailShare on LinkedIn
New book by Jesuit Fr. Arturo Sosa talks Ignatius, individualismMarian statue untouched by car bombing at army base in Colombia