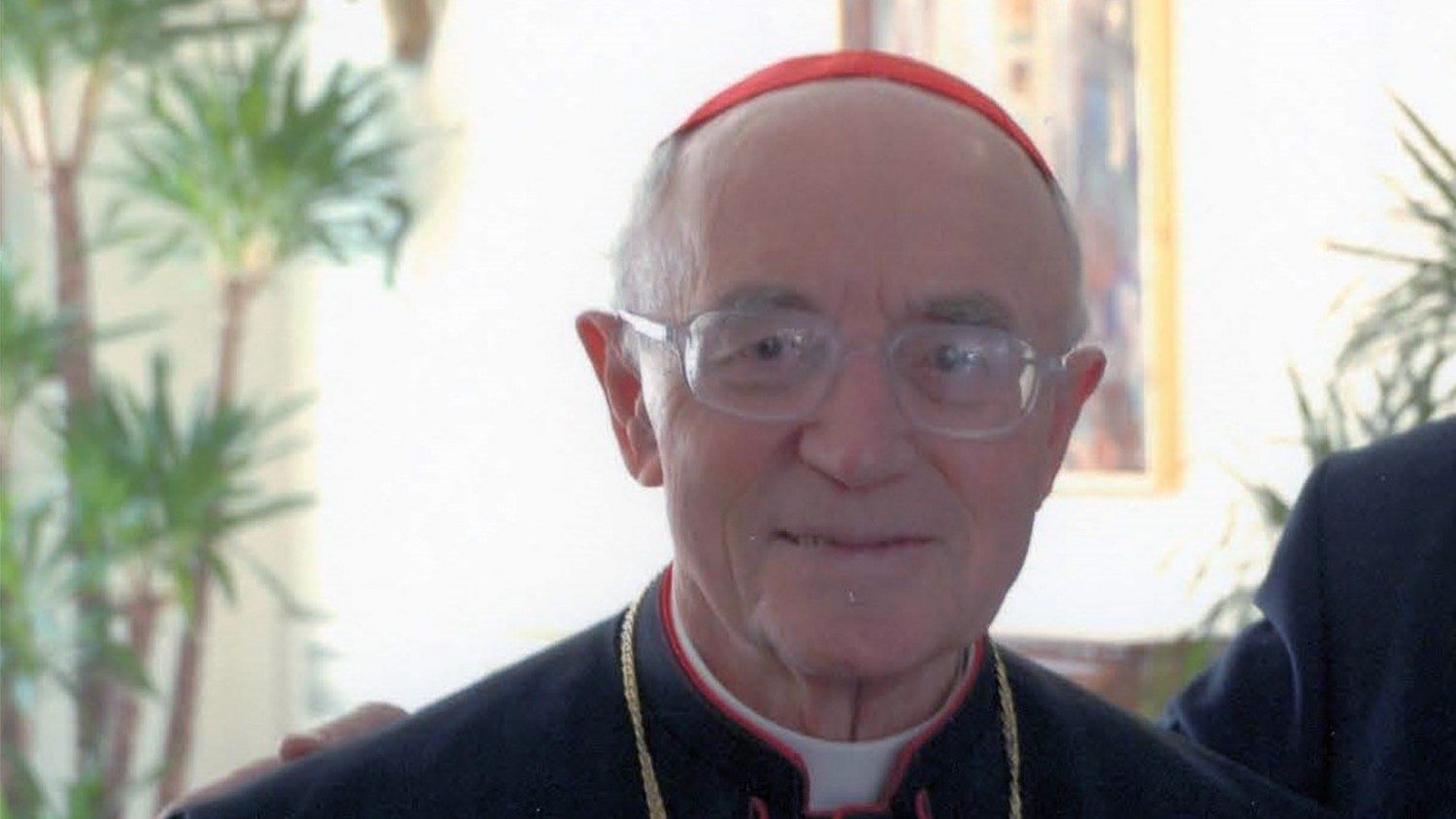 A few days after celebrating his 98th birthday, Cardinal Albert Vanhoye, SJ, passed away on Thursday, July 29, in Rome. In a telegram to Father Manuel Morujao, superior of the “San Pietro Canisio” Residence, where the cardinal resided, Pope Francis expresses his condolences for the “pious death” of “this brother who served the Lord and the Church with great devotion.”

He continued, “I think with gratitude of his intense and profuse work as a zealous religious spiritual son of St. Ignatius, an expert teacher, a renowned biblical scholar, an esteemed rector of the Pontifical Biblical Institute, and a diligent and wise collaborator of several Dicasteries of the Roman Curia.”

Cardinal Vanhoye’s love “for the ministry of preaching”

In the missive, Pope Francis also recalls Cardinal Vanhoye’s “love for the ministry of preaching, which he exercised with generosity, inspired by a passionate desire to communicate the Gospel.” He then raised a prayer to God that “he may welcome this faithful servant of His into the heavenly Jerusalem” and imparted a blessing “to all those who mourn his passing, with a special thought for those who lovingly assisted and accompanied him in his final days.”

Since 1963, Cardinal Vanhoye has been professor at the Pontifical Institute the Biblicum in Rome, where he was also Dean of the biblical faculty from 1969-1975 and Rector from 1984-1990.

He also taught at the Pontifical Gregorian University and the Pontifical Lateran University, and carried out many other activities in the field of scholarship and as a member of various societies. He has also published numerous works in various languages.

Cardinal Vanhoye was a member of the Commission for the preparation of the Apostolic Constitution Sapientia Christiana, and was a member and secretary of the Pontifical Biblical Commission; Consultor of the Pontifical Council for Promoting Christian Unity from 1980-1996, the Congregation for Catholic Education since 1976, and the Congregation for the Doctrine of the Faith since 1990.

Share on FacebookShare on TwitterShare on PinterestShare on EmailShare on LinkedIn
Is killing ever good? A conversation about active assistance in dying'The Holy Game' is a deep dive into seminarians and soccer