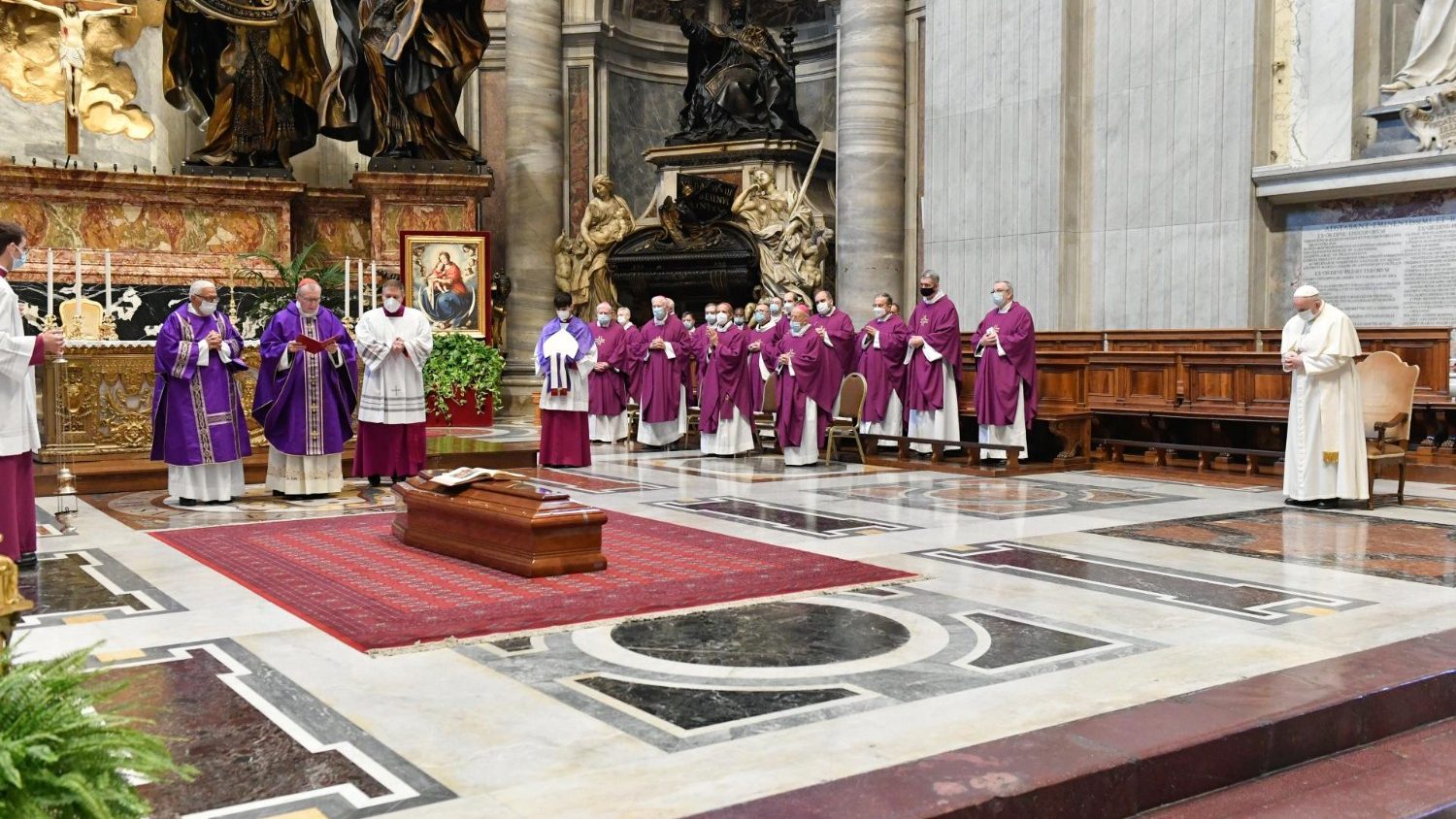 Pope Francis, on Thursday morning, participated privately at the funeral Mass of Archbishop Felix del Blanco Prieto, held at the Altar of the Chair in St. Peter’s Basilica in the Vatican.

Archbishop Prieto died on 10 April at Rome’s Gemelli Hospital at the age of 84. He served as Papal Almoner from 2007 to 2012 under Pope Benedict XVI.

A life spent in service

In his homily, Cardinal Parolin recalled that Archbishop Prieto, “by the will of the heavenly Father, had the immense grace of ‘being Christ’s’.” He noted that it was a belonging that began with baptism, continued with his presbyteral ordination in 1961 and his episcopal ordination in 1991, and expressed “in a life conceived and spent as service.”

This service, Cardinal Parolin continued, was carried out working for the Holy See, first as a collaborator of the then-Secretary of State, Cardinal Agostino Casaroli; and later as a nuncio mainly in Africa. From 2007–2012, Archbishop Prieto served as Papal Almoner, “exercising charity toward the poor” on behalf of the Pope.

Cardinal Parolin added that during Archbishop Prieto’s long life, rich in encounters and experiences, he met with people from all walks of life and cultures. His life testified to “amiability, understanding and patience in his relations with his neighbor,” all the while pointing toward “the truth and the authentic good of people with the respectful delicacy that springs from charity,” in line with the finest tradition of papal diplomacy.

Archbishop Prieto leaves an important spiritual legacy, affirmed the Cardinal: “The testimony of total belonging to Christ, which was translated into the constant search for the Kingdom of God above all else, in the faithful fulfillment of his duty, and in the example of an unshakable trust in God in every circumstance of life, even in the time of suffering and illness.”

Share on FacebookShare on TwitterShare on PinterestShare on EmailShare on LinkedIn
Korean Catholics respond to Pope's appeal for vaccine sharingCardinal Parolin: Multilateralism, fraternity needed on path toward better society