Home Test page Pope at Mass: the fight against temptation

Pope at Mass: the fight against temptation 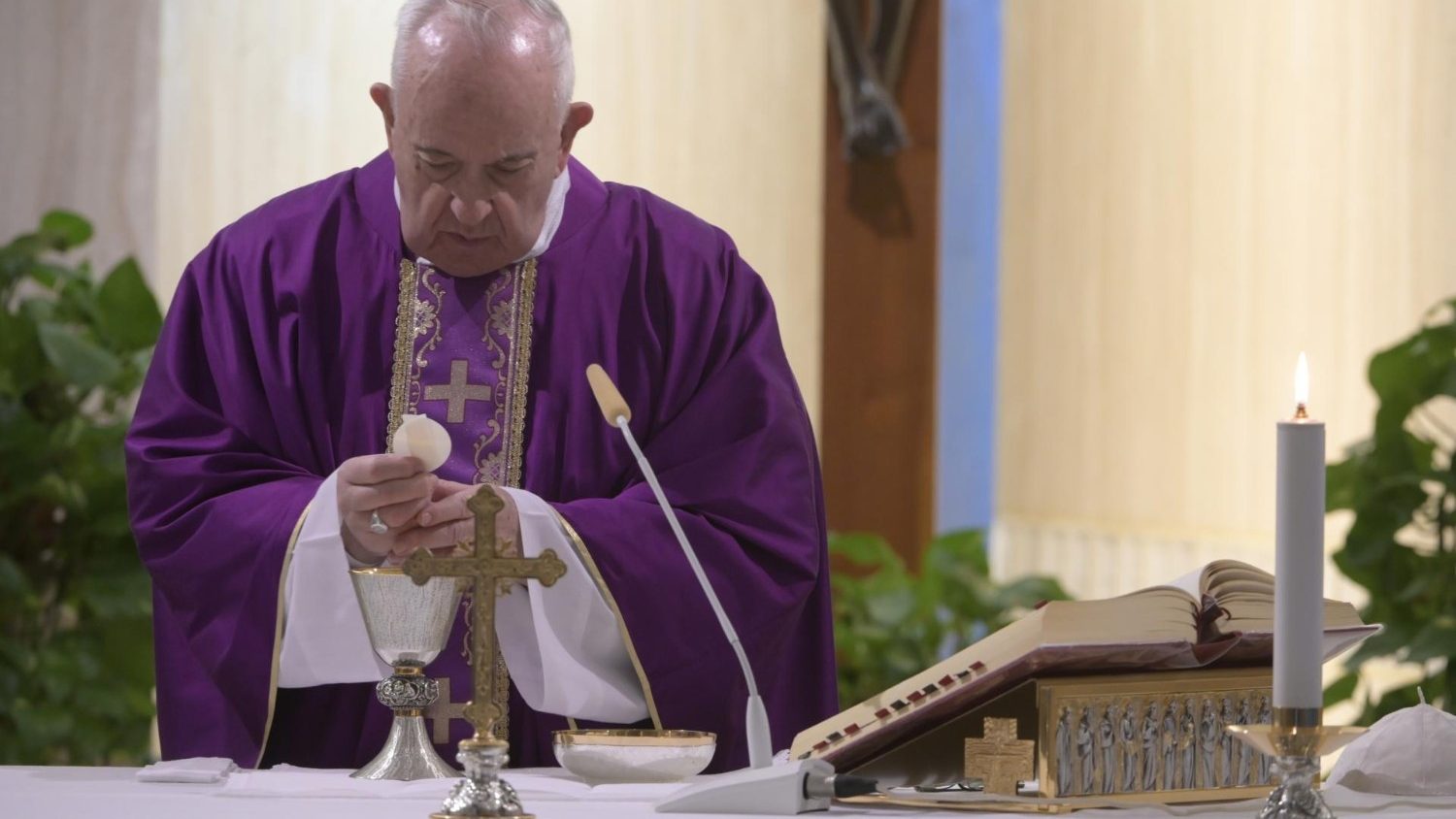 “In these turbulent, difficult and painful times, people have the possibility of doing one thing or another, many of them good”, Pope Francis said, introducing Saturday morning’s liturgy at the Casa Santa Marta. He admitted there is also the possibility some “might get the idea of doing something not so good, to take advantage of the situation, to profit personally from it”.

“We pray today that the Lord might grant an upright and transparent conscience to everyone, that they might allow God to look on them without shame”.

During his homily, Pope Francis explained how temptation works in us, using the doctors of the law and the high priest in the day’s Gospel as an example (John 11:45-58).

Temptation starts with small feelings of restlessness, Pope Francis explained. In the case of the high priests, the restlessness began with John the Baptizer. But since he caused no repercussions, they left him alone. But then came Jesus, whom John had pointed out.

“He began to perform signs and miracles, but above all to speak to the people. And they understood, and followed Him. But Jesus did not always observe the law. This is what this made them very restless.”

Then the testing began. Sometimes their questions directed to Jesus left them astonished at His wisdom, as in the case of the woman who had seven husbands (cf. Matthew 22:23-34). Other times they were humiliated, as in the case of the woman caught in adultery (cf. John 8:1-11). When that didn’t work, they sent soldiers to arrest Him. Even they were captivated at what Jesus said, the Pope recalled. Some believed in Jesus, others reported Him to the authorities.

It finally gets to the point, Pope Francis said, that the chief priests have to make a decision to get rid of Jesus.

“ ‘He’s so dangerous we have to make a decision. What should we do? This man performs many signs’ – they recognize the miracles – ‘if we let Him continue, everyone will believe in Him. It’s dangerous. They will follow Him and they will separate themselves from us’ – the people were not attached to them – ‘the Romans will come and destroy our temple and our nation’. There’s some truth here, but not the whole truth. It was a justification.”

The process of temptation

Pope Francis then outlined how this process that was at work in the leaders of Jesus’ day is a “model of how temptation works in us”. It begins with a “small desire or idea”. Then it “gets stronger”, then “it begins to infect others”. In the end, “we justify ourselves”. Justification is necessary to calm ourselves interiorly, he said.

There is an antidote to the process, the Pope continued. It consists in “identifying this process within us…this process that changes our hearts, from good to bad”… “It’s rare, he said, “that temptations comes all at once”. The devil usually takes this path with us.

“When we recognize that we are in sin…we must go and ask the Lord for forgiveness. This is the first step that we must take. Then we [should ask ourselves], ‘How did I fall into this? How did this process begin in my soul? How did it grow? Who have I infected? In the end, how did I justify myself in order to fall?’ ”

Before concluding his homily, the Pope recalled that Jesus’ life “is always an example that what happened to Jesus will also happen to us”. His final prayer was directed to the Holy Spirit.

“May the Holy Spirit enlighten us [to have] this interior awareness”.

Share on FacebookShare on TwitterShare on PinterestShare on EmailShare on LinkedIn
Palm supplier sees business halved by coronavirus cancelationsPalm Sunday of the Lord's Passion: 'Hosanna!'