Pope at Mass prays for unity in Europe 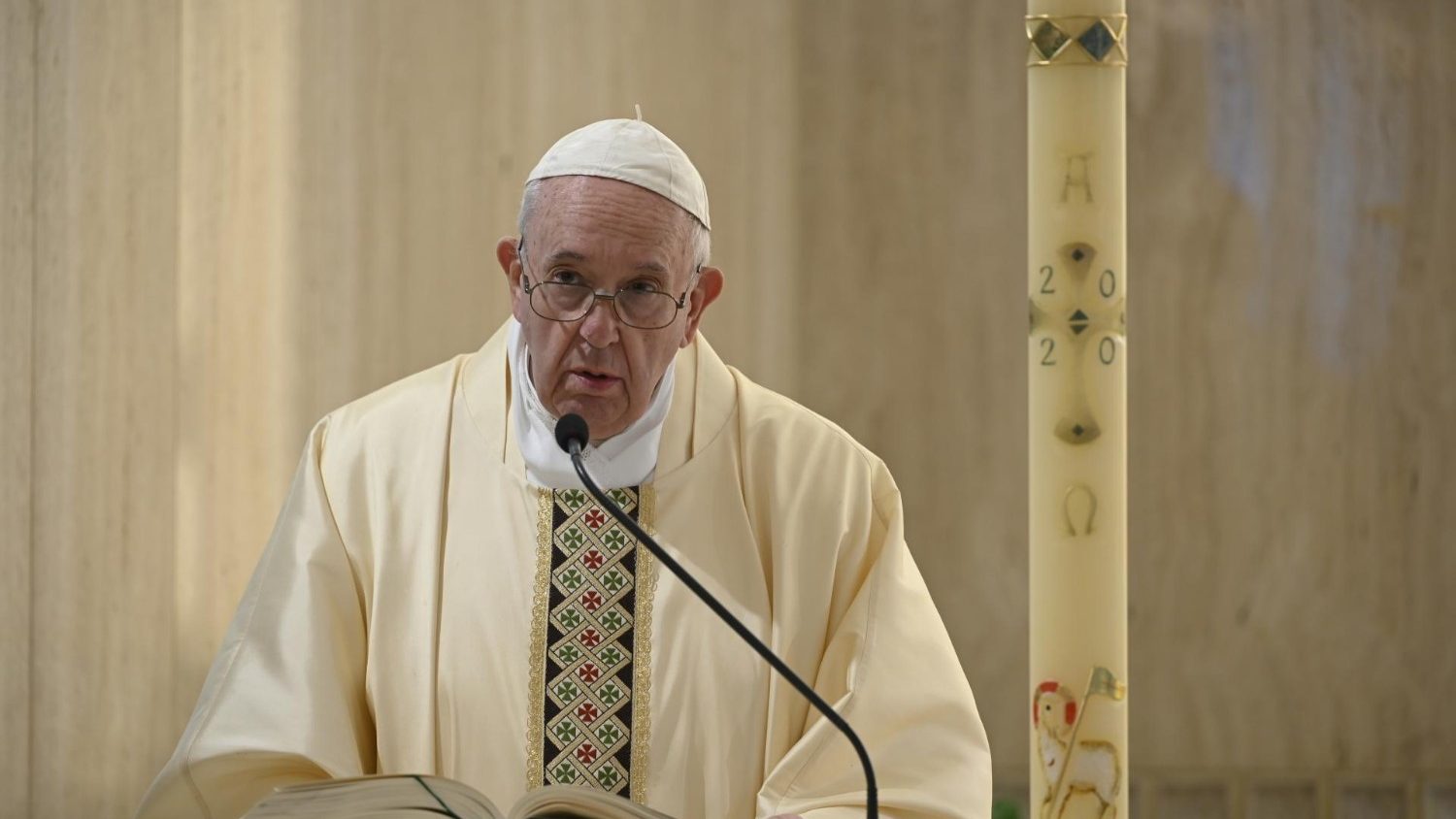 At the start of Mass at the Casa Santa Marta on Wednesday, the liturgical memorial of Saint Catherine of Siena, virgin and doctor of the Church, Pope Francis prayed for Europe.

In his homily, Pope Francis noted that the First Reading (1 Jn 1:5–2:2) contains contrasts between light and darkness, falsehood and truth, and sin and innocence. As Christians, however, we are called to concreteness, since we cannot be in union with Jesus and walk in darkness. We cannot be in a grey area between the two.

The danger with the grey area, the Pope explained, is that “the grey makes you think that you are walking in the light because you are not in the darkness, and this soothes you.” The grey area, in this sense, is “treacherous.”

All of us have sinned

Citing the First Reading, Pope Francis said: “If we say ‘we are without sin,’ we deceive ourselves.”

However, the Pope noted that we tend to admit that we are sinners as if it were a social truth. But, he said, we do not express the concreteness that should accompany the admission of our sinfulness. The truth is always concrete as opposed to lies that are like air. Being concrete involves saying “I did this” or, “I thought this way”, and not trying to coat our words during Confession.

The Holy Father remarked that little children have the gift of being concrete. It is for this reason that Jesus blessed the Father for “hiding these things from the learned and the clever and revealing them to little ones.”

During Confession, explained the Pope, the simplicity of children makes them say things as they are. He went on to give the example of a child who confessed in detail how he had been rude to his aunt who refused his request to go out to play instead of doing his homework.

The Pope gave another example of a letter he received on Tuesday from a child named Andrea from Caravaggio. Andrea reproved the Pope for asking that the faithful gathered at Mass exchange a sign of peace, despite the concerns about spreading the coronavirus.

“Concreteness brings us to humility because humility is concrete,” said Pope Francis.

To say that all of us are sinners is abstract. When we admit that we are sinners, we should be able to give the reason for our admission. In that way, we feel the reality of our sins and we come to Jesus for forgiveness. This is the true attitude of a sinner.

Pope Francis explained that the spiritual life is not complicated but we make it so by our variegations. He notes that the devil wants us to be tepid and to live in the grey area that is “neither good or bad, white or black.”

We therefore need concreteness so as not to become liars. Just like Peter after the miraculous catch of fish, concreteness should move us to recognize our sin and say “go away from me Lord for I am a sinful man!”

Concluding his homily, the Pope prayed that we might receive the grace to know who we are before God. “Let us ask the Lord for the grace of simplicity that He might give us the grace that He gives to the simple and to children who say what they feel, even if it is wrong.”

Share on FacebookShare on TwitterShare on PinterestShare on EmailShare on LinkedIn
The “historic” Amazonian Synod, revisitedCopy Desk Daily, April 29, 2020