Pope at Mass prays for those experiencing hunger 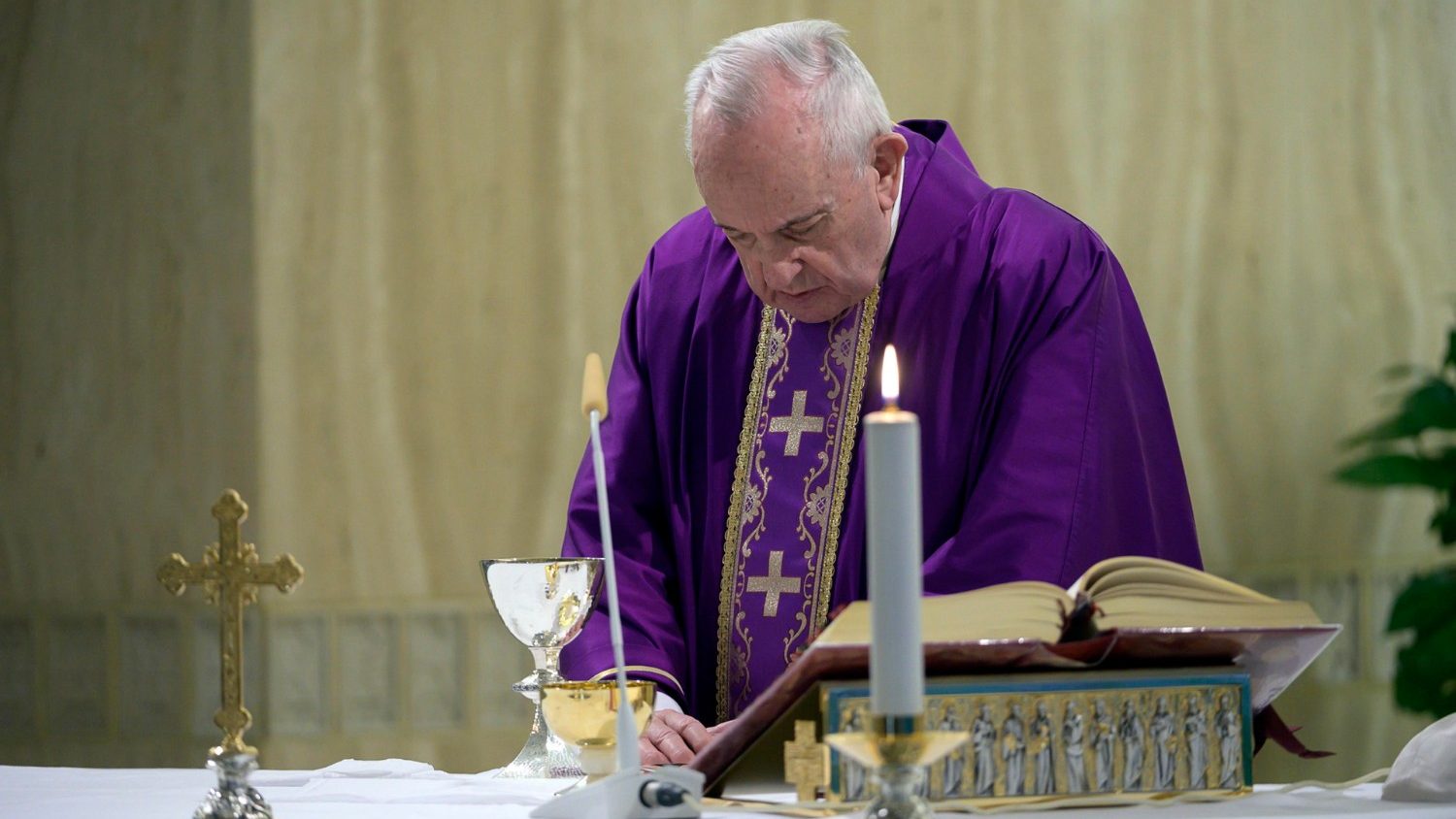 The Pope began Mass as the Casa Santa Marta on Saturday morning praying for those suffering from hunger because of the coronavirus pandemic. “In these days, in some parts of the world, we are beginning to see some consequences of the pandemic”, he said. “One is hunger.

Pope Francis focused on the separation between the leaders and the faithful, holy people of God evidenced in the Gospel reading from John 7:40-53.

After disputing whether Jesus was the Messiah, the Gospel says “then each went to his own house”. “Everyone returned to their own convictions”, Pope Francis explained. The people were divided in two camps. The first listened to Jesus, loved Him and followed Him. Religious leaders comprised the second group. They despised the first group and “reject Jesus because, according to them, He was not observing the law”.

“The holy, faithful People of God believe in Jesus, they follow him…. They can’t explain why, but they follow Him. He enters their hearts, and they don’t get tired…. We can think of the day of the multiplication of the loaves. They were with Jesus the entire day to the point that the Apostles say to Jesus, ‘Send them away so that they can go buy something to eat.’ …The People of God had a huge grace: the sense of knowing where the Spirit was, even though they were sinners like us, that sense of knowing the path to salvation.

“And this small group of the elite, the doctors of the law, they separate themselves from the people and don’t welcome Jesus.”

Pope Francis explained that the religious leaders had forgotten that they too belonged to the People of God due to a “huge defect”.

“They had lost the memory of their own belonging to the People of God. They had become sophisticated. They had risen to a another social class. They felt authoritative. This is clericalism that we see here.”

Two classes in the Church

The Pope then reflected on what some people are saying regarding priests and religious leaving their homes to care for the poor. Some say they should not expose themselves to the virus, that priests are there to offer the Sacraments. This is how we create the same type of division among us. Some belong to the upper class and should not “get their hands dirty” by serving those who are considered to be in a lower class. “Something is missing”, the Pope said, if we do not have the “courage to go and serve the poor”.

Pope Francis also told a beautiful story of a priest in mountain village. Notwithstanding freezing temperatures and snow, he brought Jesus in the Blessed Sacrament to the small villages in his area to give benediction.

“It didn’t matter that it was snowing or that the cold metal of the ostensorium was burning his hands. The only thing that mattered was bringing Jesus to the people.”

Concluding his homily, the Pope recommended that we recall the advice that the Apostle Paul gave to the young bishop, Timothy: “Remember your mother and your grandmother” (see 2 Timothy 1:5). “If Paul advised this it was because he knew well the danger of where this sense of elitism leads”.