Pope at Mass prays for pharmacists 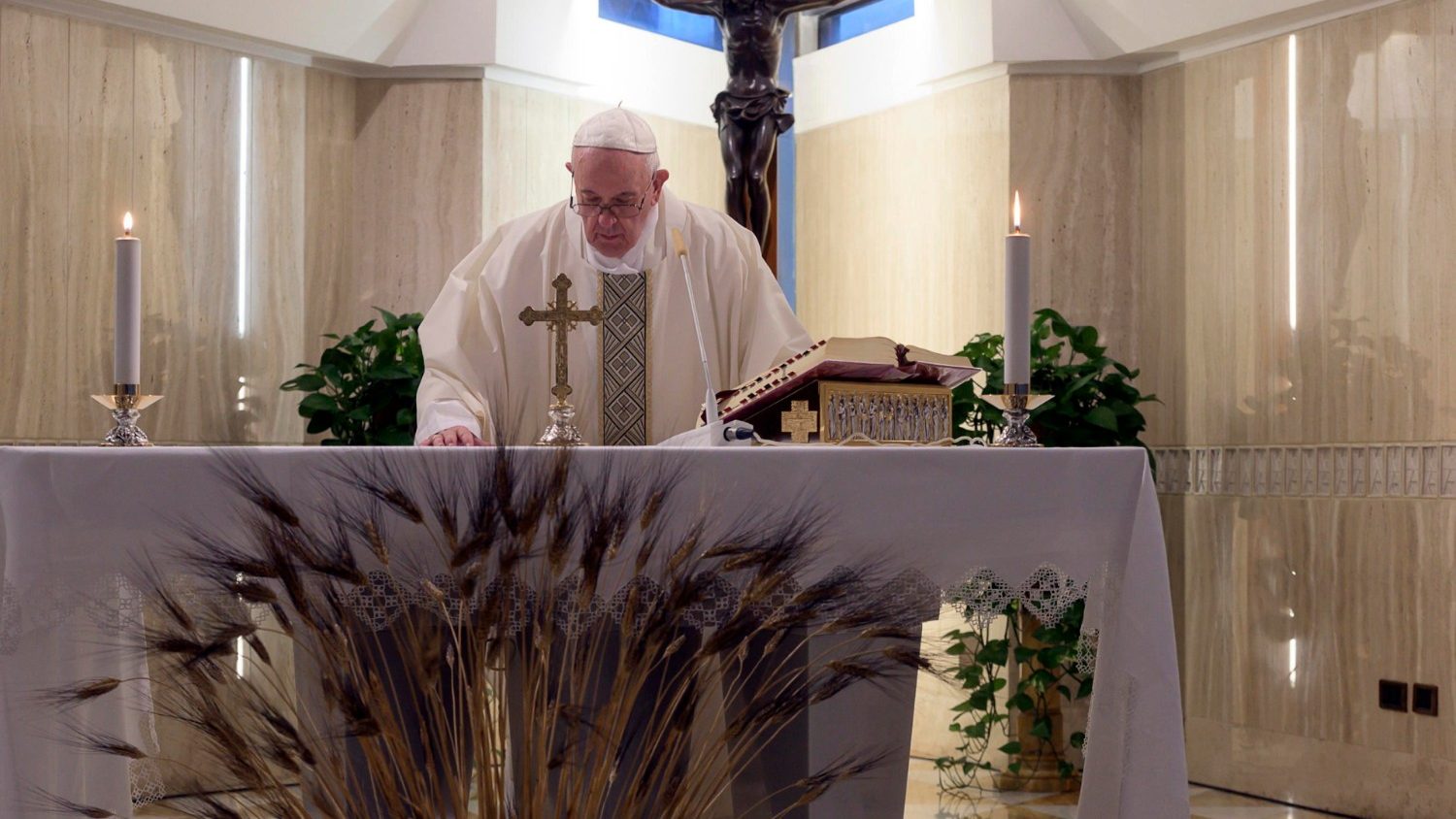 Beginning his Mass on Thursday at the Casa Santa Marta, Pope Francis said he had been taken to task because he has forgotten to thank one group of people.

“I thanked doctors, nurses, volunteers. ‘But I have forgotten the pharmacists’. They too have been working hard to help the sick get better. Let us pray for them as well”.

In his homily, Pope Francis explained that the days after the resurrection of Jesus were not very tranquil in Jerusalem. The people were filled with “fear, amazement, doubt”, he said.

Even the disciples, who knew that the Lord had risen, that He had appeared to Simon, and had heard the testimony of the disciples who returned from Emmaus, were afraid.  Their fear heightened to fright when Jesus appeared in their midst and they thought that they were seeing a ghost (cf Lk 24: 37). It’s the same thing that happened when Jesus had come to them walking on the water (cf Jn 6: 19). That experience, and whatever Jesus had said to Peter after His resurrection, kept them silence this time.

Jesus’ presence calmed the fears of the disciples when He appeared to them and said: “Why are you so agitated, and why are these doubts rising in your hearts? Look at my hands! Touch me and see for yourselves! A ghost has no flesh and bones.”

The disciples’ fear then transformed into overflowing joy. Their joy was so great that it kept them from believing. They were, in a sense, “paralyzed with joy.” The disciples’ joy was “the experience of the greatest possible consolation,” said Pope Francis. It is “something different from being happy, positive or radiant.”

“Joy is the fruit of the Holy Spirit,” notes the Pope. Regarding instances of joy, the Holy Father cited examples of Paul’s jailer in Philippi (cf Acts 16) and the Ethiopian eunuch after being baptized (cf Acts 8) who were “filled with joy” and Paul, in his letter to the Romans (15:13), when Paul asks the “God of hope” to fill his addressees “with all joy”.

“Without the Spirit, we cannot have joy. To receive the joy of the Spirit is a grace,” the Pope added.

Pope Francis referred to Paul VI’s Apostolic Exhortation Evangelii Nuntiandi (no. 80) in which he reflected on Christians and evangelizers who are filled with joy. This joy is similar to that felt by the people at the time of Ezra and Nehemiah when they discovered the Book of the Law. Nehemiah’s words to the Israelites as they were weeping after having heard the  Book of the Law,  “the joy of the Lord is our strength”, “will help us today”, Pope Francis said.

The Holy Father concluded praying that we might have the strength to preach the Gospel and be witnesses of the joy of the Lord. “Today, let us ask Him to grant us this fruit” of the Holy Spirit.

Share on FacebookShare on TwitterShare on PinterestShare on EmailShare on LinkedIn
COVID-19: Africa could end up suffering the mostCaritas supporting local Churches in fighting Covid-19