Home Test page Pope at Mass prays for artists: ‘without beauty we cannot understand the Gospel’

Pope at Mass prays for artists: ‘without beauty we cannot understand the Gospel’ 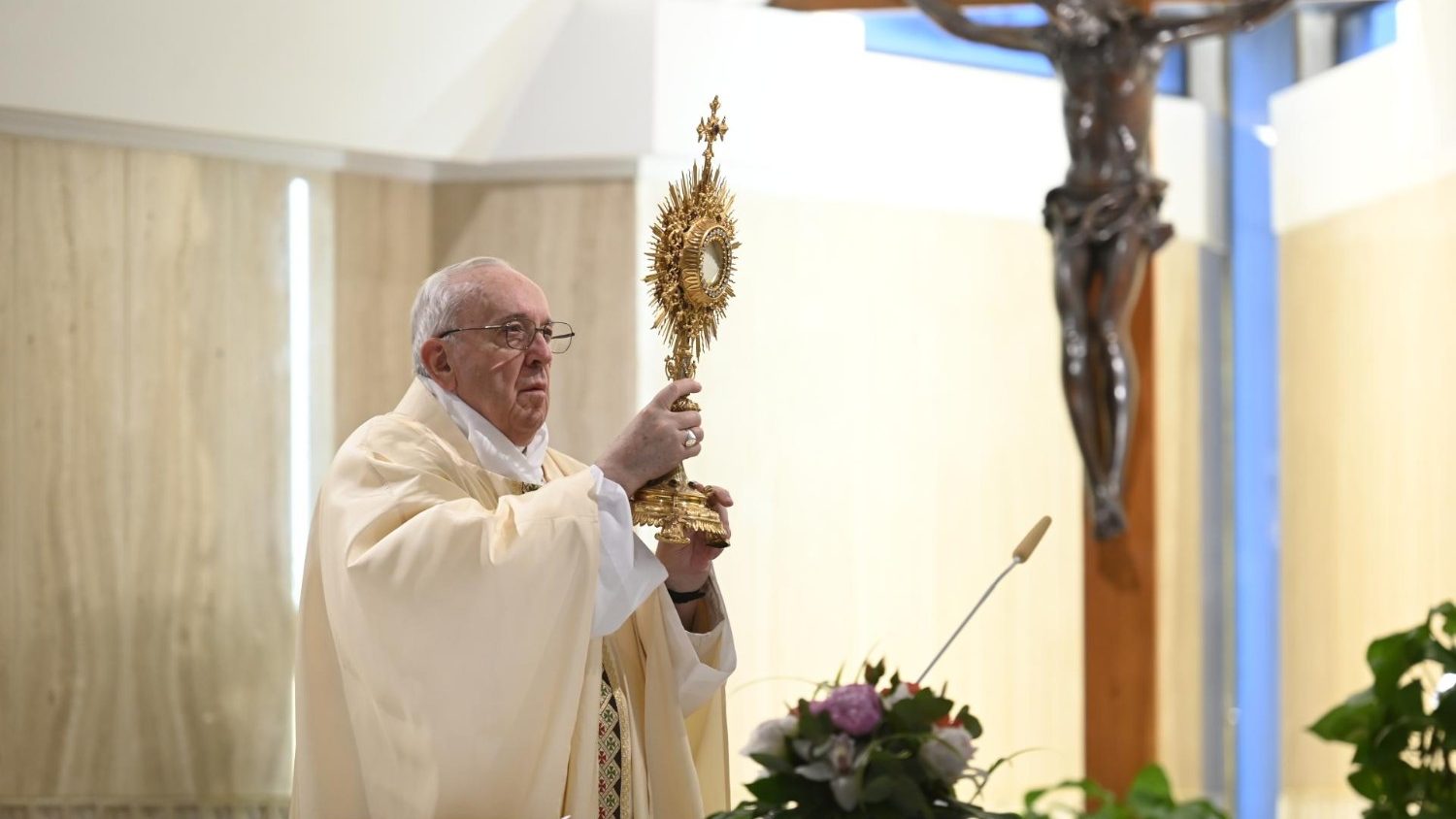 Pope Francis presides over Mass on Thursday of the Fourth Week of Easter. During his introduction he turns his thoughts to artists saying that yesterday he received a letter from a group of them thanking him for his prayers:

“I would like to ask the Lord to bless them because through artists we understand beauty, and without beauty we cannot understand the Gospel,” he said.

At the end of his General Audience on Wednesday on the theme of prayer, the Pope said, “It is artists who often interpret this silent groan which weighs on every creature and is expressed above all in the heart of men and women, for “man is a beggar before God.”

The history of the People of God

In his homily the Pope commented on the passage from the Acts of the Apostles (Acts 13, 13-25). In it, Paul, having arrived in Antioch in Pisidia, goes to the synagogue and tells the history of the people of Israel and proclaims Jesus, our Saviour.

“When Paul explains the new doctrine, he speaks of the history of salvation,” he said.

That’s because, the Pope continued, preceding Jesus there is a history of grace, of election, there is the Covenant.

“The Lord chose Abraham and walked with His people,” he said, highlighting a long history of God with his people.

Paul, the Pope said, does not begin with Jesus, he begins with history, because “Christianity is not only a doctrine, but a history that leads to this doctrine.”

Christianity is more than ethics and moral principles

He explained that Christianity is not just made up of ethical and moral principles, and that one is not a Christian just for his or her ethical vision: “Christianity is more.”

The Pope also commented at length on the fact that Christians are not an élite and said that “being Christian means belonging to a people ‘freely’ chosen by God.”

If we do not have this awareness, this consciousness of belonging to a people, he said, we will be ideological Christians, but not true Christians.

‘Never lose your sense of belonging to God’s people’

Pope Francis lamented the fact that many times we fall into these partialities. He decried the “elitist” dimension that he said is so hurtful to Christians leading them to lose their sense of belonging to God’s people.

The Pope then invited the faithful to always be aware of being part of a people, to transmit the history of our salvation, to preserve the memory of the people of God.

“Remember your ancestors,” says the author of the Letter to the Hebrews, he said. “The most dangerous deviation of Christians is lack of memory of belonging to a people”; and he noted that this is where dogmatism, moralism, elitist movements come from.

The People of God walk behind a promise, a covenant, that they did not make but that they are aware of Pope Francis concluded. “We are the faithful, holy People of God, who in its totality have a sense of the faith and is infallible in its belief.”

Share on FacebookShare on TwitterShare on PinterestShare on EmailShare on LinkedIn
COVID-19: Kenyan Church supports home for the elderlyCopy Desk Daily, May 7, 2020