Home Test page Pope at Mass: Pray together for healing from all pandemics

Pope at Mass: Pray together for healing from all pandemics 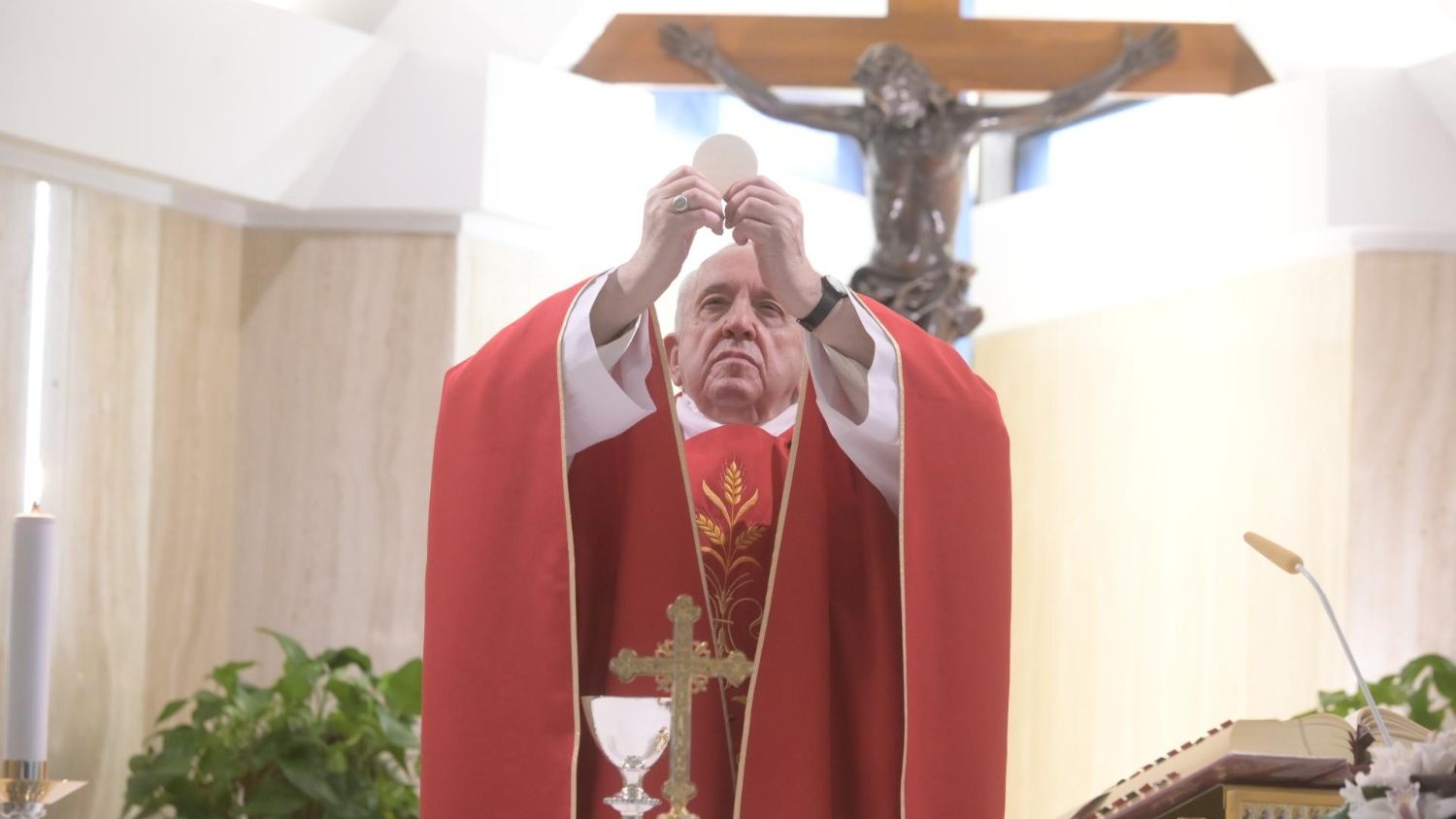 At the start of Mass in the Casa Santa Marta on 14 May, Pope Francis encouraged people of all faiths to pray, fast, and perform works of charity for an end to the coronavirus pandemic.

“Today, the Higher Committee for Human Fraternity has called for a day of prayer and fasting to ask the merciful God for an end to this tragic moment of the pandemic. We are all brothers and sisters. St Francis of Assisi used to say: “All brothers and sisters”. And so, men and women of every religious confession are uniting themselves today in prayer and penance to ask for the grace of healing from this pandemic.”

Fear in the face of the pandemic

In his homily, Pope Francis reflected on the example of the prophet Jonah.

“The city of Nineveh was afflicted by some sort of pandemic – perhaps by a moral pandemic – and was about to be destroyed. God called Jonah to preach a message of prayer, penance, and fasting.”

He said Jonah was initially overcome by fear and so ran away from his mission. God called him again, and the prophet went to Nineveh to preach.

Pope Francis said people of all faiths and traditions are called to pray and fast together for delivery from the pandemic, as the people of Nineveh did in response to Jonah’s preaching.

None of us expected the coronavirus pandemic, he said. Now it is upon us, and “many people are dying, many of them alone.”

The Pope warned those who have not been touched by the pandemic not to rejoice.

“Often the thought can arise: ‘Well, at least I haven’t been affected. Thank God I’m safe.’ But think about others. Think about the tragedy and its its consequences on the economy and education. Think about what will come afterwards.”

He said we unite in prayer today to overcome this selfish attitude.

Humanity united before the Father

Pope Francis said praying together is in no way “religious relativism”.

“How can we not pray to the Father of all? Everyone prays as they know how, as they can, according to what they have received from their culture. We aren’t praying against each other… We are united in humanity as brothers and sisters.”

He urged everyone to ask God for forgiveness of our sins, so that “God might put an end to this pandemic.”

The Pope went on to recall the many other pandemics that afflict humanity.

Citing official statistics, he noted that over 3.7 million people died from hunger in the first four months of the year.

“This day of prayer against the pandemic must make us think also of many other pandemics. The pandemics of war, of hunger.”

Returning to the Book of Jonah, Pope Francis said the people of Nineveh listened to the prophet and converted from their evil ways. God saw their conversion and stopped the pandemic.

Share on FacebookShare on TwitterShare on PinterestShare on EmailShare on LinkedIn
A Pontificate under the Banner of Mary: Hans Urs von Balthasar on Pope Saint John Paul IICopy Desk Daily, May 14, 2020