Home Test page Pope at Mass: May Europe be united in dream of the Founding Fathers

Pope at Mass: May Europe be united in dream of the Founding Fathers 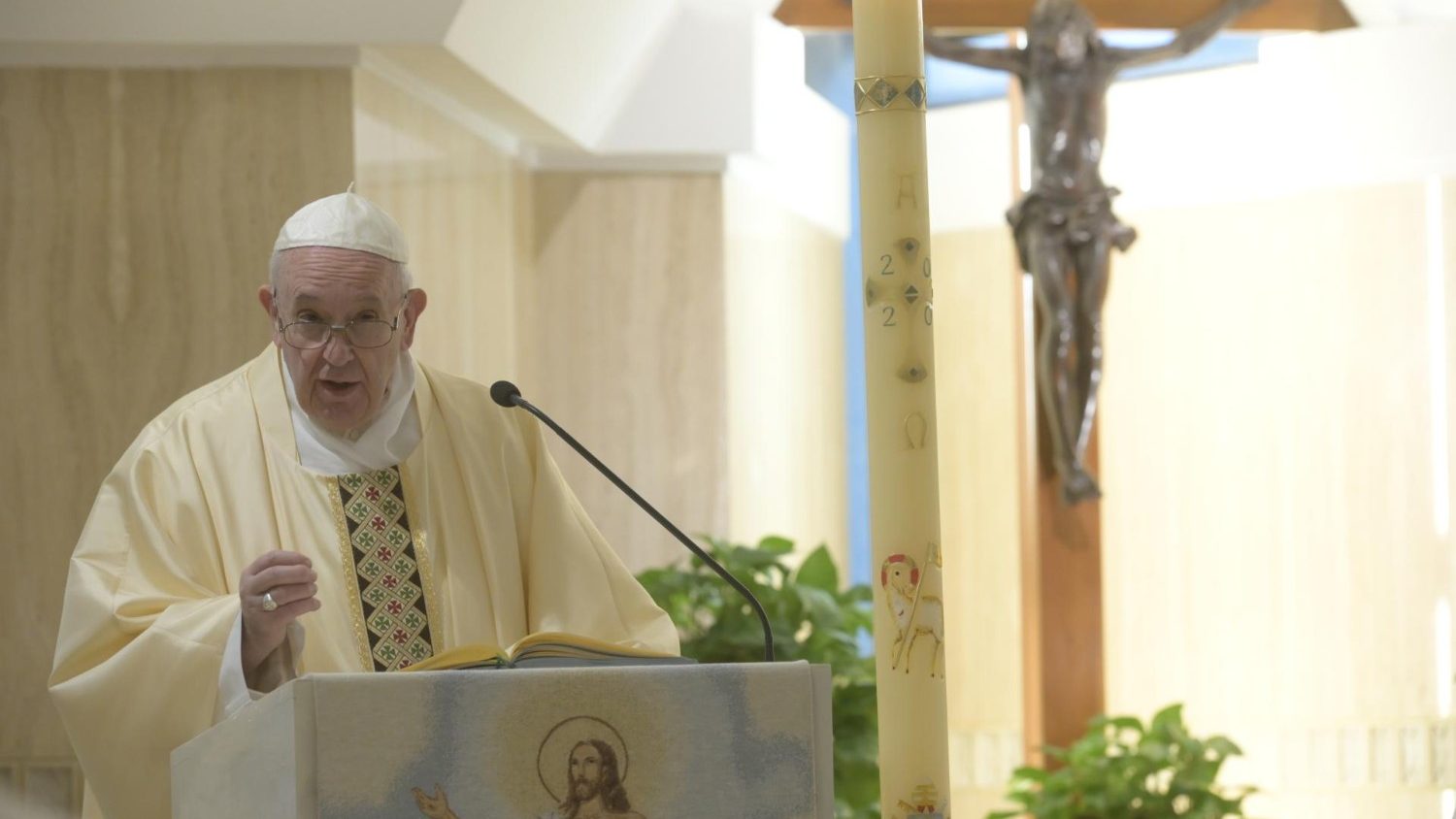 As he began Mass in the Casa Santa Marta on Wednesday morning, Pope Francis urged all nations to be united as they face the Covid-19 pandemic. He prayed especially for Europe.

“At this moment in which unity is very necessary between ourselves and between nations, we pray today for Europe, so that Europe might succeed in creating this fraternal unity dreamt of by the founding fathers of the European Union.”

In his homily, the Pope reflected on Jesus’ words to Nicodemus in the day’s Gospel (Jn 3:16-21): “God so loved the world that he gave his only-begotten Son, so that everyone who believes in him might not perish but might have eternal life.”

Pope Francis said this passage contains a wealth of theological revelation about Redemption.

He focused his attention on two aspects: the revelation of God’s love and the existential choice between light and darkness.

“God loves us,” said the Pope. “He loves us madly. As one saint used to say, God’s love seems like madness.”

The cross, said Pope Francis, is the highest expression of this love. He added that everything is revealed to those who contemplate the cross.

“So many people, so many Christians, pass time gazing at the Crucified… And there they find everything because they have understood. The Holy Spirit teaches them that therein lies all science, all of God’s love, and all Christian wisdom. Saint Paul speaks about this, explaining that all human reasoning is useful only up to a certain point. But true reasoning – the most beautiful way of thinking which also explains everything – is the cross of Christ, is Christ crucified, who is scandal and madness. But He is the way. And this is the love of God. God so loved the world that He gave His only-begotten Son. Why? So that everyone who believes in Him might not perish but might have eternal life. This is the love of the Father who wants His children with Him.”

Pope Francis then reflected on the choice between light and darkness. He said there are some people – “including us sometimes” – who are unable to live in the light, because they have become accustomed to darkness.

“Light blinds them and they cannot see. They are like human bats: they can only move about during the night. We ourselves, when we are in a state of sin, find ourselves in this condition, unable to tolerate the light. It is easier to live in the darkness; light slaps us on the face and shows us what we don’t want to see.”

Though it is difficult to face what the light reveals to us, said Pope Francis, it is worse when the eyes of the soul become ignorant of the light.

“So many human scandals and corruption teach us this. Those who are corrupt do not know what the light is, and don’t recognize it.”

Child of God… Or bat?

Pope Francis concluded inviting us to let the light of God’s love shine in our lives through the Holy Spirit. And we can ask ourselves:

“Do I walk in the light or in darkness? Am I a child of God? Or have I ended up like a bat?”

Share on FacebookShare on TwitterShare on PinterestShare on EmailShare on LinkedIn
‘Where is God right now?’ How imagination can aid our faith in quarantinePope at audience on Earth Day: common action needed to protect “our garden-home”