Home Test page Pope at Mass: “I thank God for their heroic example”

Pope at Mass: “I thank God for their heroic example” 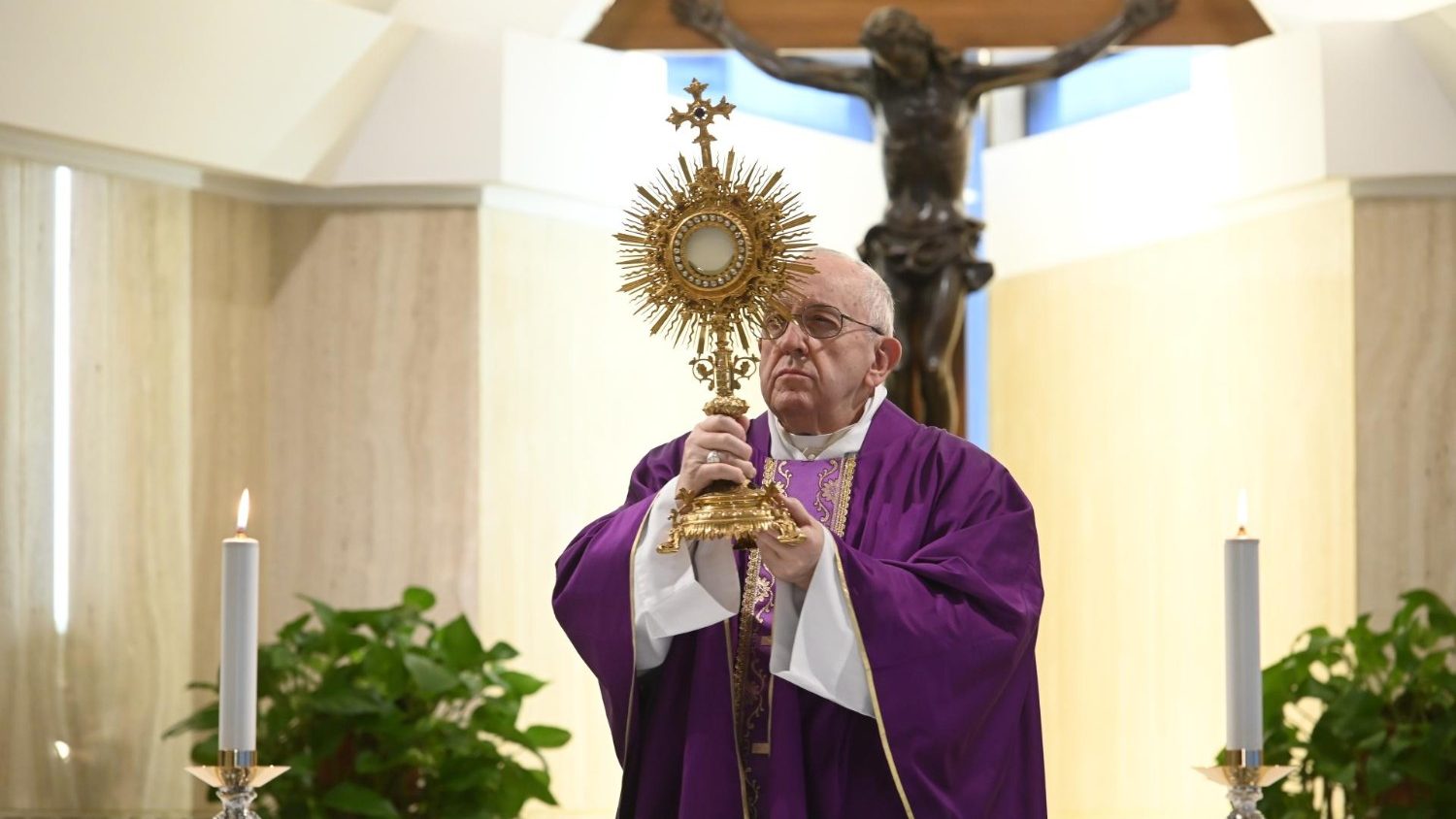 Pope Francis began his Mass at the Casa Santa Marta on Tuesday morning with these words:

“I received the news that in these days, a number of doctors and priests have died, I don’t know if there were a few nurses. They were infected…because they were serving the sick. Let’s pray for them, for their families. I thank God for the example of heroism they give us in caring for the sick.”

Pope Francis began his homily saying that the day’s readings present water as a sign and means of salvation. This water brings life, and heals the “waters of the sea”, making it “new water”.

It is beside a pool of water that Jesus encounters a paralyzed man. He’d been waiting beside that water to be healed for 38 years. Pope Francis then delved into the incongruity of a man who waited that long without doing anything to help himself.

“It makes us think. It’s a bit long, isn’t it? Because someone who wants to be healed would have organized things so that someone would help him….”

The paralysis of apathy

His response also makes us wonder. “He doesn’t say ‘Yes”; he complains. About the illness? No.” the Pope said. Neither do we see him jumping for joy or “telling the whole world” as others did after they were healed. He doesn’t even thank Jesus when they meet up again in the Temple. Rather, he goes off to inform the authorities. What’s wrong with this man?

“His heart was sick. His soul was sick. He was ailing from pessimism…from sadness…from apathy (acedia). This is the man’s sickness. ‘Yes, I want to live’, and he just stayed there. Is his response: ‘Yes, I would like to be healed’? No, it’s ‘it’s always the others that get there first’. It’s always the others. The response to Jesus’s offer of healing is complaining about the others…for 38 years…doing nothing to be healed”.

The Pope went on to describe this as a “sin of surviving and complaining about others’ lives”. It inhibits this man from “making any decisions for his own life”. “ ‘I’m a victim of this life’. These type of people breathe by complaining,” the Pope remarked. We do not see the “joy and decisiveness” that the man blind from birth had after being healed. “Many of us Christians live in this state of apathy”, the Pope said.

“They are incapable of doing a lot but they complain about everything. Apathy is poison. It’s a fog that surrounds the soul that doesn’t allow it to live. It’s also a drug because if you taste it often, you like it. You end up addicted to sadness, addicted to apathy…. This is a fairly habitual sin among us. Sadness, apathy…. I’m not going to say melancholy, but it’s very similar…. It is a gray life, gray because of this bad spirit of apathy, sadness, melancholy”.

The waters of Baptism makes us new

Pope Francis concluded his homily encouraging us to reread the 5th chapter of John.

“Let’s think of water, that water that is the symbol of our strength, of our life – the water that Jesus used to regenerate us in Baptism. Let’s also think about ourselves – if there is the danger that one of us might slip into this apathy, into this “neutral” sin – neither black nor white…. This is a sin that the devil can use to drown our spiritual life and our personal life. May the Lord help us understand how awful and evil this sin is.”

Share on FacebookShare on TwitterShare on PinterestShare on EmailShare on LinkedIn
A Future Not Our Own3/24 Coronavirus Tracker: Needing one another, UK on lockdown