Home Test page Pope at Mass: ‘I am thinking of the people who are weeping’

Pope at Mass: ‘I am thinking of the people who are weeping’ 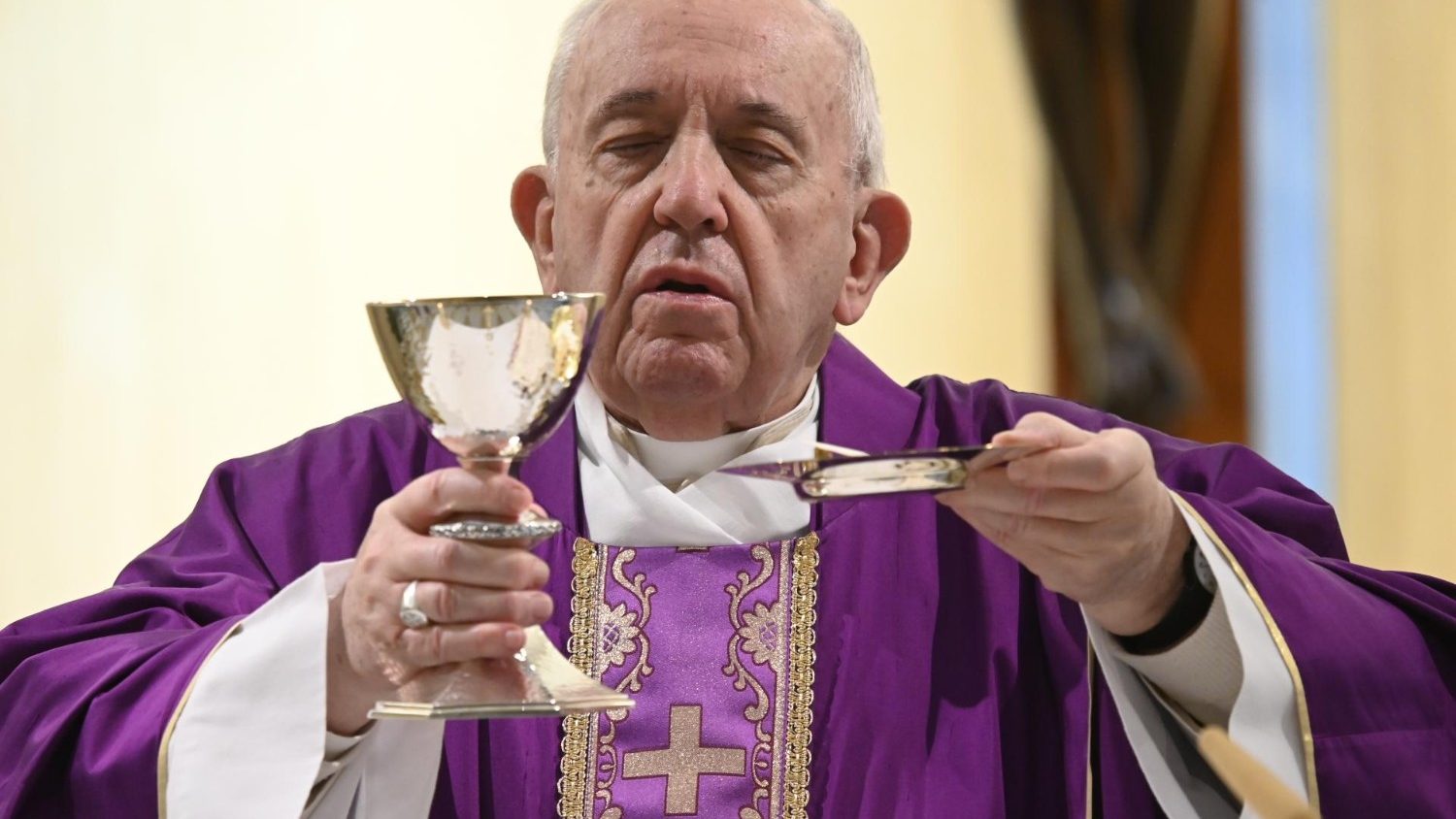 “I am thinking of the many people who are weeping”, Pope Francis said, introducing the liturgy for the Fifth Sunday of Lent at the Casa Santa Marta chapel. People who are isolated, in quarantine, the elderly; people who are alone, in the hospital, parents who do not foresee receiving their salary and do not know how they will feed their children, he continued.

“Many people are weeping. We too, from our hearts, accompany them. It wouldn’t do us any harm to weep a bit as our Lord wept for all of His people”.

During his homily, the Pope continued with the theme of weeping, reflecting on the raising of Lazarus (Jn 11:1-45).

Jesus loved everyone, the Pope affirmed. But He did have friends. This included a special relationship with Lazarus, Martha and Mary. “He would stay at their house a lot”, the Pope said.

“Jesus felt pain because of the sickness and death of His friend…. He arrives at the tomb and is profoundly moved and troubled. And Jesus breaks out in tears. Jesus, God, and man, weeps. There is another time in the Gospel that says that Jesus wept: when He wept over Jerusalem. With what tenderness Jesus weeps! He weeps from the heart. He weeps with love. He weeps with His own who weep…. Jesus always weeps out of love, always.”

How many times the Gospel repeats that Jesus “was moved with compassion”, the Pope recalled.

“Jesus could not look at the people and not feel compassion. His eyes are connected to His heart. Jesus sees with His eyes, but He sees with His heart and is capable of weeping.”

Are we capable of weeping?

With everything that is happening, with all the people who are crying because of the pandemic, the Pope invites us to ask ourselves if we are capable of weeping.

“Am I capable of weeping, as Jesus would certainly have done and does now? Is my heart like Jesus’s? And if it is too hard, [even if] I can speak and do good in order to help, if my heart isn’t entering in and I’m not capable of weeping, ask the Lord for this grace: Lord, that I might weep with You, weep with your people who are suffering right now”.

The Sunday of tears

The Pope then concluded his homily reminding everyone that many people are weeping today. “We ask the grace to weep” with “Jesus who was not ashamed to weep”.

“May today be for everyone like a Sunday of tears”.

After the Pope received communion, he invited all those watching or listening to the liturgy to make a spiritual communion. He used the prayer composed by St. Alphonsus di Liguori:

My Jesus, I believe that You are present
in the Most Blessed Sacrament.
I love You above all things,
and I desire to receive You into my soul.
Since I cannot now receive you sacramentally,
come at least spiritually into my heart.
I embrace You as if you were already there,
and I unite myself wholly to You.
Never permit me to be separated from You.

Share on FacebookShare on TwitterShare on PinterestShare on EmailShare on LinkedIn
Do you believe this?Cardinal Nichols on the re-dedication of England as Mary's Dowry