Home Test page Pope at Eucharistic Congress: Jesus asks each of us, ‘Who am I for you?’

Pope at Eucharistic Congress: Jesus asks each of us, ‘Who am I for you?’ 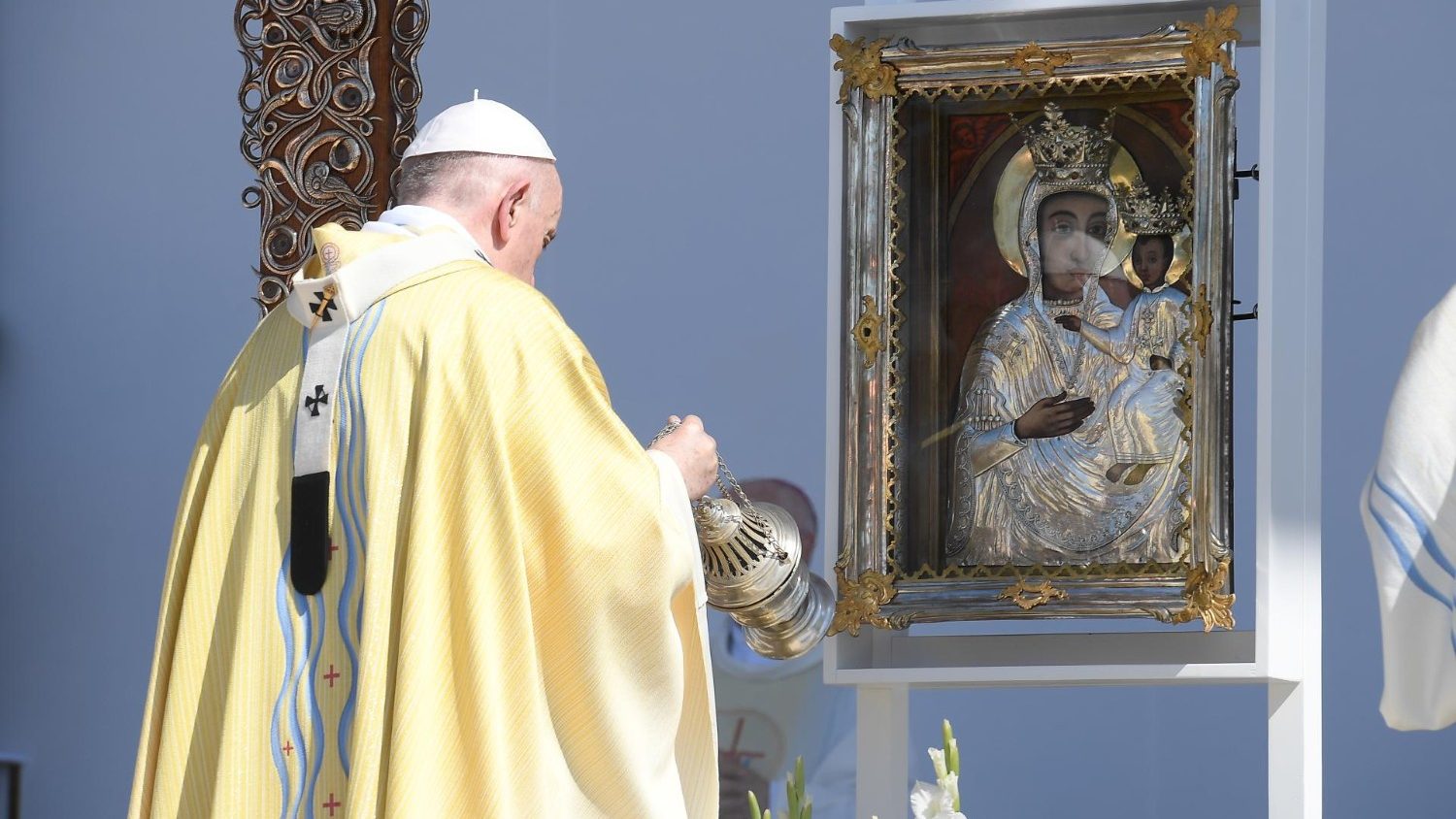 Jesus’ question to His disciples in Sunday’s Gospel — “Who do you say that I am?” — is addressed to each one of us personally, Pope Francis said in his homily at the concluding Mass for the 52nd International Eucharistic Congress.

It is a question, he said, that “calls for more than a quick answer straight out of the catechism.” Instead, “it requires a vital personal response.”

The Holy Father said that our response “renews us as disciples,” a renewal that involves three steps: proclaiming Jesus, discerning with Jesus, and following Jesus.

The first step – proclaiming Jesus – means more than simply recognising Jesus as the Messiah, as St Peter does. It involves proclaiming not only the glory of the resurrection but also the suffering of the Cross.

We, like the disciples, “would prefer a powerful Messiah rather than a crucified servant,” the Pope said. In the Eucharist, we are reminded of who God is, that Jesus accepted death for our salvation. “We would do well,” Pope Francis said, “to let ourselves be taken aback by those daunting words of Jesus.”

This leads to the second step, he continued. Like St Peter, who was scandalized by the Cross, we too can “take the Lord aside, shove Him into the corner of our hearts,” and go our own way without allowing ourselves “to be affected by Jesus’ way of thinking,” the Pope said.

Jesus, however, wants to us to take His side, rather than siding with the world. Pope Francis encouraged us to spend time in adoration before the Eucharist, contemplating God’s weakness, allowing Jesus “to heal us of self-absorption” and “open our hearts to self-giving.”

Finally, Pope Francis considered the “stern command” of Jesus, who says to Peter, “Get behind me, Satan!” With these words, the Pope said, “Jesus brings Peter back to Himself,” to the “real Jesus,” as opposed to his own conception of Jesus.

To “get behind Jesus” means “advancing through life with Jesus’s own confident trust” that we are beloved children of God, the Pope said. It means imitating Jesus, who came to serve and not to be served. So, the Pope said, we are called to a daily encounter with our own brothers and sisters, serving them, in order “to be joyful ourselves, and to bring joy to others.”

Concluding his homily, Pope Francis said, “This International Eucharistic Congress marks the end of one journey, but more importantly, the beginning of another.”

He repeated, “Walking behind Jesus means always looking ahead, welcoming the kairos of grace, and being challenged each day by the Lord’s question to us, his disciples: Who do you say that I am?”

Share on FacebookShare on TwitterShare on PinterestShare on EmailShare on LinkedIn
Visiting Orban's Hungary, pope delivers implicit rebuke of political strongmenPope at Angelus in Budapest: may the Cross link your past and future