Pope at Audience: The Bible, the place where God meets man 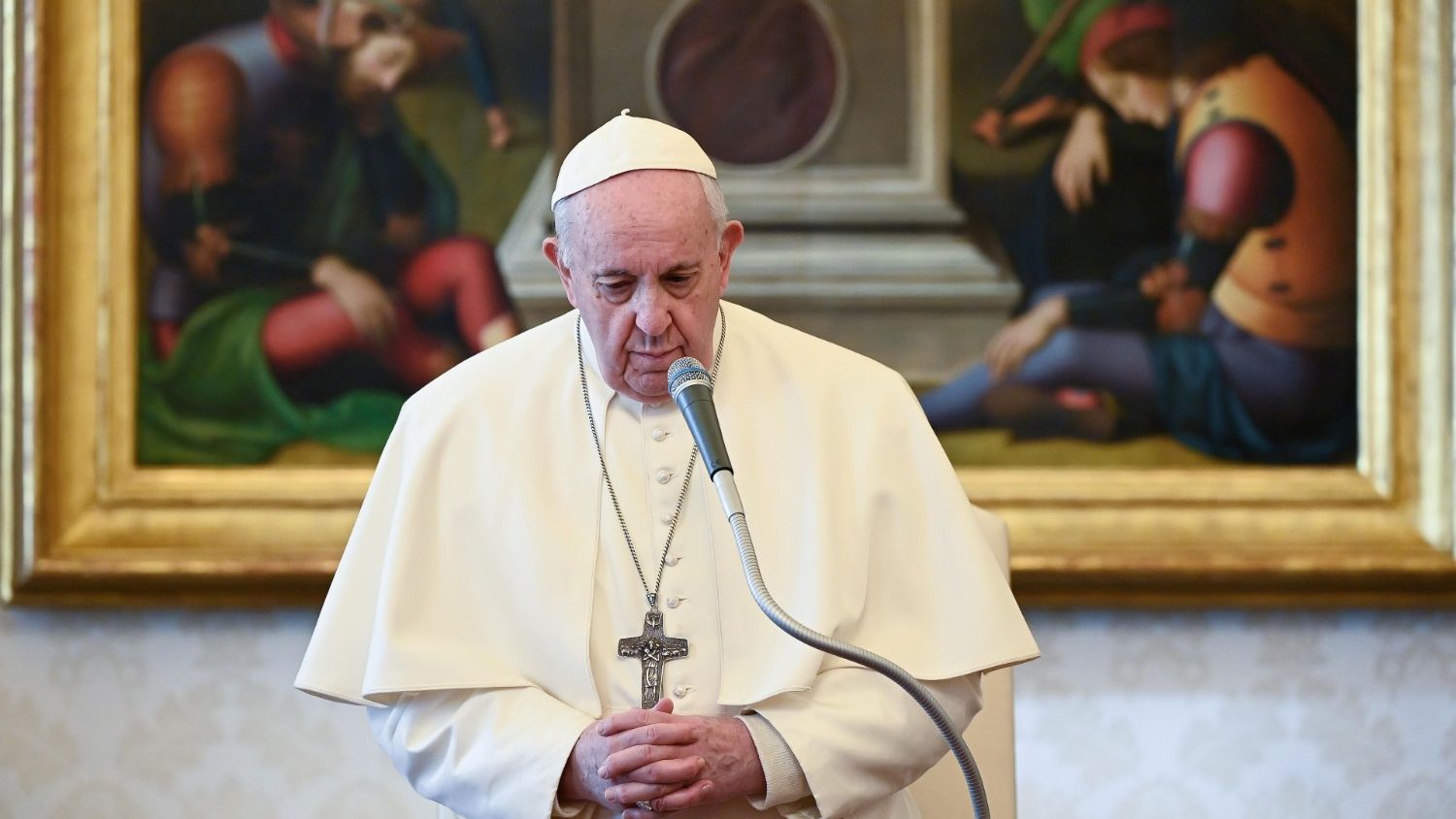 “The words of the Sacred Scripture were not written to remain imprisoned on papyrus, parchment or paper, but to be received by a person who prays, making them blossom in his or her heart.” Those were Pope Francis’ words during his Catechesis at his Wednesday General Audience.

Bible written for each one of us

Reflecting this week on prayer that accompanies the reading of Sacred Scripture, the Pope underlined that the Bible was written for every one of us individually, to bring us “a word of God.”

This experience, he said, happens to all believers. A passage from the Scripture, heard many times already, unexpectedly will speak to a person one day, and enlighten a situation that  they are living, offering fresh insights and often challenging our habitual way of thinking about and seeing the world.

However, the Pope stressed that it was necessary “that I, that day, be present for that appointment with that Word,” in order for it to sow a seed “in the soil of our lives.”

Pope Francis noted, “Through prayer a new incarnation of the Word takes place. And we are the ‘tabernacles’ where the words of God want to be welcomed and preserved, so that they may visit the world.”

He went on to say, “The believer does not turn to the Holy Scriptures to support his or her own philosophical and moral view, but because he or she hopes for an encounter; the believer knows that they were written in the Holy Spirit.”

It is a grace, said the Pope, “to be able to recognize oneself in this passage or that character, in this or that situation.”

In off-the-cuff remarks, Pope Francis said that it irritated him  “to hear  Christians reciting Bible verses ‘like parrots’.” He went to say that it was important to encounter the Lord with the heart and not just to recite a verse from memory.

Pope Francis went on to describe how the Christian tradition is rich in experiences and reflections on prayer with the Sacred Scripture.

In particular, he observed, “the method of ‘Lectio divina’ has been established; it originated in monastic circles, but is now also practised by Christians who frequent their parishes.”

“One then enters into dialogue with Scripture,” said Pope Francis, “so that those words become a cause for meditation and prayer,” while also asking what it “says to me”.

The last step of Lectio divina, explained the Pope, is contemplation. “Words and thoughts give way here to love.”

Concluding his Catechesis, the Pope emphasized that “Through prayer, the Word of God comes to abide in us and we abide in it.”

The Word a source of peace

“The Word inspires good intentions and sustains action,” he said.

It becomes an inexhaustible source of peace, wisdom and strength as we grow in faith and give it concrete expression in charity and service of others.

Share on FacebookShare on TwitterShare on PinterestShare on EmailShare on LinkedIn
In came Latin, incense and burned books, out went half the parishionersPope Francis on Holocaust Remembrance Day: ‘These things can happen again’