Pope at Audience: Prayer is indispensable aid to discernment 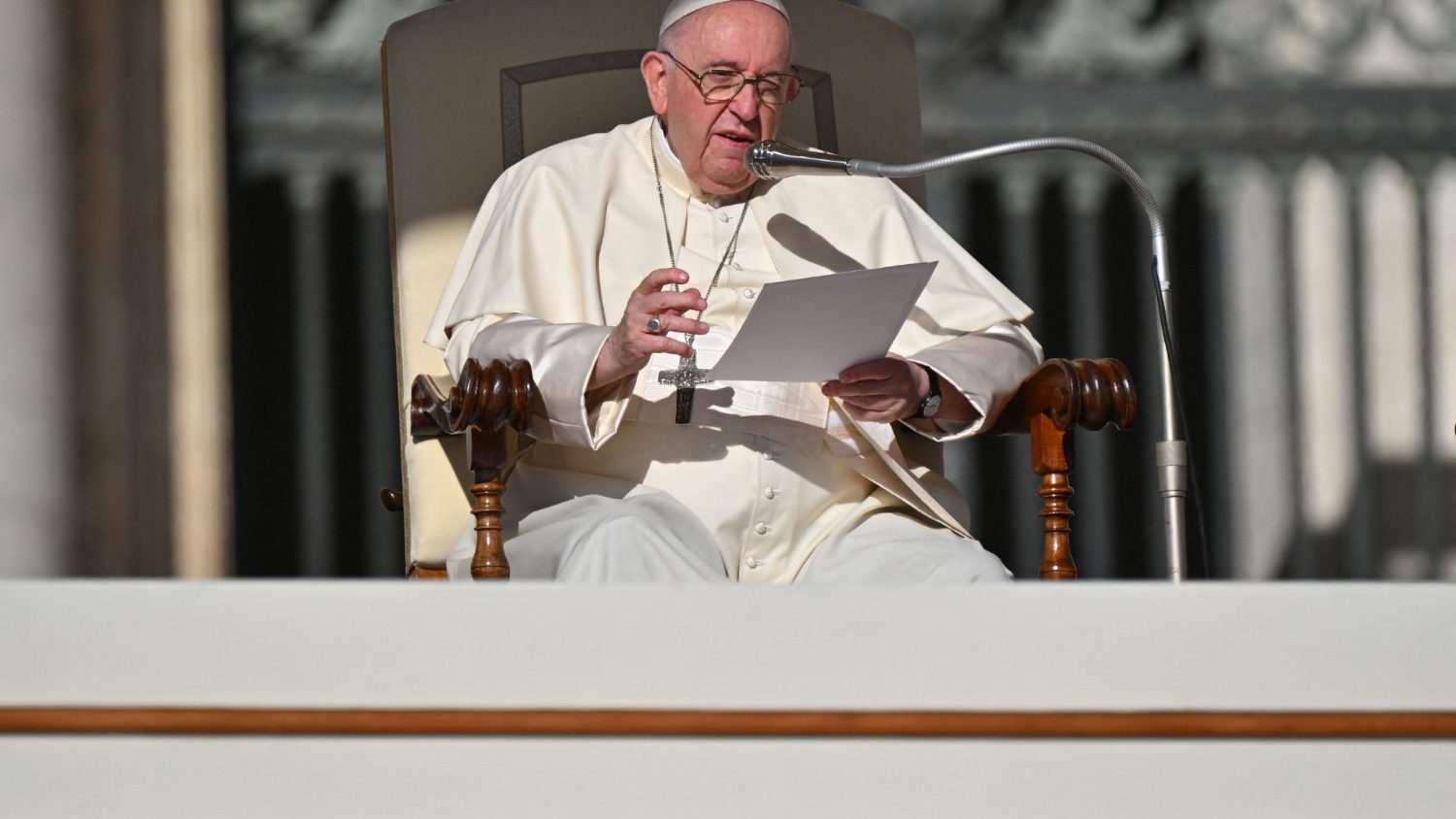 Continuing his catechesis on discernment, at the Wednesday General Audience, Pope Francis emphasized the importance of prayer.

He said prayer is “an indispensable aid to spiritual discernment, especially when it involves the affections.” Prayer, he added, allows us to “go beyond thoughts, to enter into intimacy with the Lord, with an affectionate spontaneity.”

“The secret of the lives of the saints is familiarity and confidence with God, which grows in them and makes it ever easier to recognize what is pleasing to Him.”

Whole self required to discern

The Holy Father went on to say that discernment is a part of life, and so is not always absolutely certain. And, citing Saint Paul, he noted that even when we know what we should do, we don’t always do it.

Precisely because human beings are more than just reasoning machines, he said, our emotions and affections are an important part of discerning God’s will and doing it.

Pope Francis pointed to the first miracle recorded in the Gospel of Mark, where Jesus performs an exorcism, freeing a man “from the false image of God that Satan has been suggesting from the beginning: that God does not want our happiness.” The possessed man cannot accept Jesus because of the devil within him.

Turning then to the young rich man in Matthew’s Gospel, who went away sad when Jesus suggested he give up all he had to follow Him, the Pope said that sadness or fear are signs of distance from God.

The young man’s attachments to earthly good’s made it hard to fulfill the desire of his heart. On the other hand, joy is a sign of a true encounter with Jesus.

Discernment can still be difficult, because appearances are often deceptive. Through prayer, however, we can grow in familiarity with God, which “can met doubts in a gentle way, making our lives increasingly receptive to His ‘gentle light,’ according to the beautiful expression of St. John Henry Newman.”

“The saints shine with reflected light and show in the simple gestures of their day the loving presence of God, who makes the impossible possible.”

Like two spouses who grow to resemble one another after many years together, the Pope said, affective prayer can make us grow in our resemblance to God, and help us recognize God’s will in our lives.

Pope Francis concluded his catechesis with the prayer that we might grow in the grace of living “in a relationship of friendship with the Lord, as a friend who speaks to a friend.”

Share on FacebookShare on TwitterShare on PinterestShare on EmailShare on LinkedIn
Thank you, Your MajestyPope prays for “martyred” Ukraine