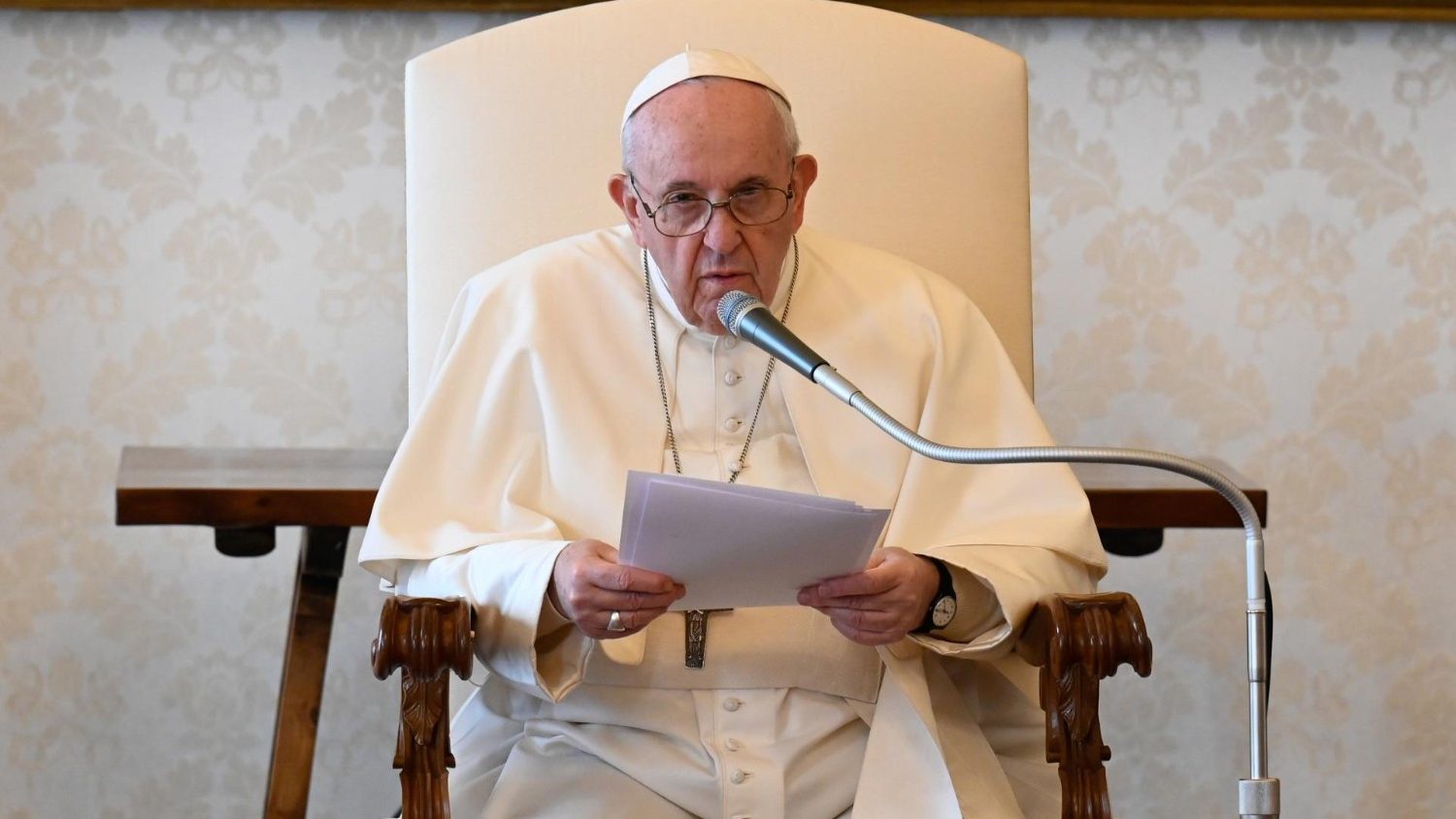 Pope Francis continued his reflections on prayer as a relationship with the Holy Trinity, part of an ongoing series of catechetical lessons on prayer in general.

At Wednesday’s General Audience, the Holy Father focused in particular on the role of the Holy Spirit. “The first gift of every Christian existence is the Holy Spirit,” he said. The Holy Spirit opens our hearts to Christ, and allows us to invoke God as “Abbà,” that is, “Father.”

Citing the Catechism of the Catholic Church, Pope Francis noted that it is the Holy Spirit, “by His prevenient grace,” that draws us to pray to Jesus. At the same time, the Church reminds us that we must pray to the Holy Spirit as well, encouraging us to address our prayer to Him “every day, especially at the beginning and end of every important action.

The work of the Holy Spirit, the Pope continued, is to “remind us” of Jesus, to make Him present in the lives of Christians of every time and place. Because of the Spirit, Jesus is not distant, but with us always; “He still educates His disciples by transforming their hearts.”

This, said Pope Francis, “is the experience of so many who pray, men and women whom the Holy Spirit has formed according to the ‘measure’ of Christ, in mercy, service, prayer.” It is the experience not only of monks and hermits, but of ordinary people who “have woven a long history of dialogue with God.” Seeking God, the Pope said, “they safeguard His presence” – in the Gospel, in the Eucharist, and in the faces of those in need – “like a secret flame.”

Pope Francis said that keeping this flame of God’s presence alive is “the first task of Christians,” a task symbolized by the light lamps that burn night and day before the Eucharist present in the tabernacles of Catholic churches.

The Master of Christian prayer

Finally, and again quoting the Catechism, Pope Francis said the Holy Spirit is the “interior Master of Christian prayer… the artisan of the living tradition of prayer.” It is the Spirit Who inspires “the many paths of prayer,” which are as unique and varied as the individual people who pray.

“In the endless field of holiness,” Pope Francis said in conclusion, “the one God, the Trinity of Love, allows the variety of witnesses to flourish: all are equal in dignity, but also unique in the beauty that the Spirit has willed to be expressed in each of those whom God’s mercy has made His children.”