Home Test page Pope at Angelus in Budapest: may the Cross link your past and future

Pope at Angelus in Budapest: may the Cross link your past and future 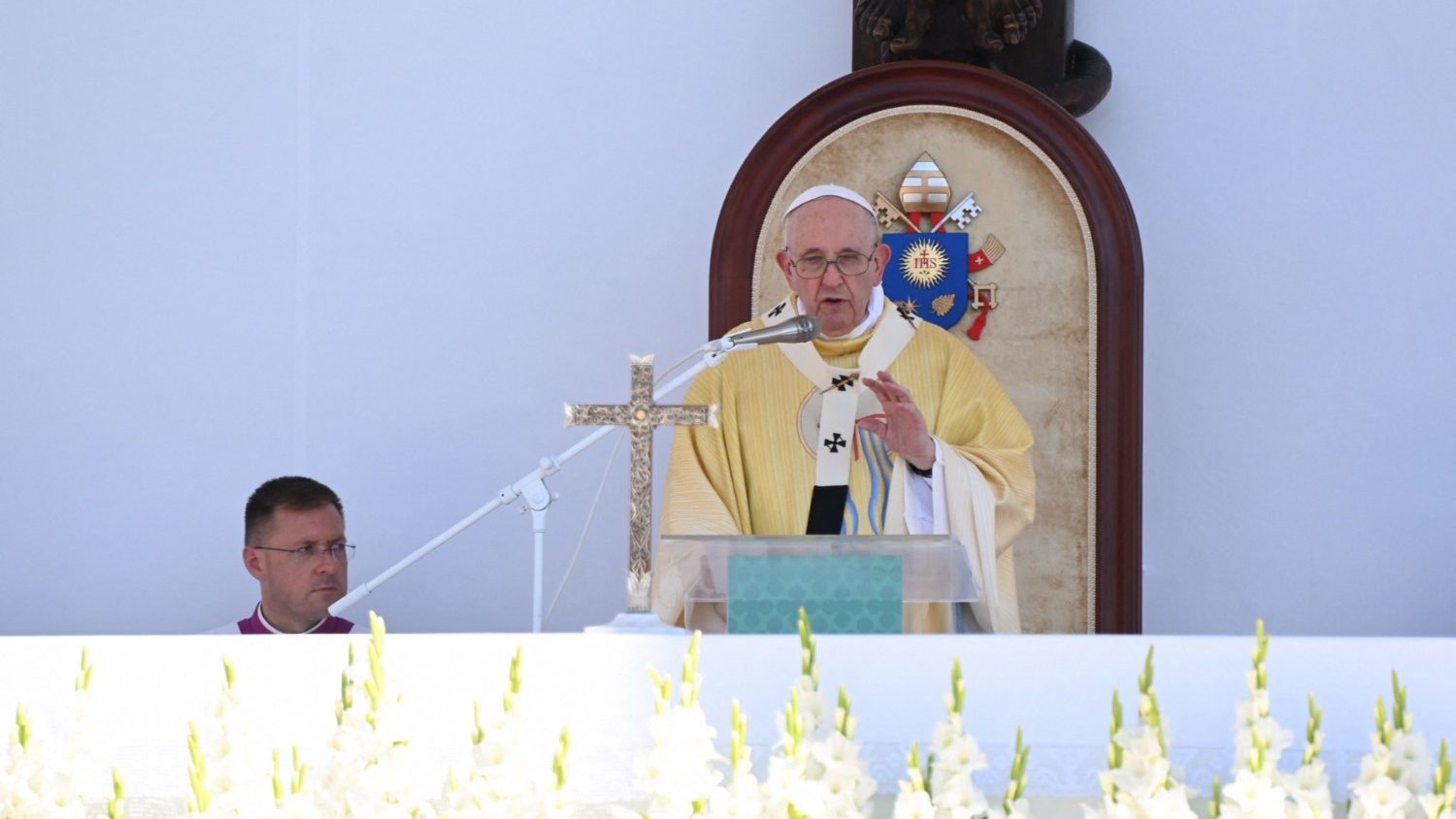 Before reciting the Angelus prayer concluding the Mass of the Eucharistic Congress in Budapest, Pope Francis spoke of the word “Eucharist”, explaining that it means “thanksgiving”.

“At the end of this celebration that concludes the International Eucharistic Congress and my visit to Budapest, I want to thank you from the bottom of my heart,” said the Pope.

He thanked what he described as “the great Hungarian Christian family”, which, he continued, “I would like to embrace in its rites, its history, its brothers and sisters, both Catholic and those of other confessions: all journeying towards full unity.”

The Pope then said “thank you” in Hungarian to all the people of Hungary. He expressed his wish that the Cross be their “bridge between the past and the future.” My wish is that you be “grounded and open, rooted and considerate,” added the Pope.

Pope Francis then went on to note that Sunday also marks the beatification, in Warsaw, of Cardinal Stefan Wyszyński and Elizabeth Czacka, Foundress of the Franciscan Sisters Servants of the Cross.

“Both were familiar with the Cross first-hand,” noted the Pope. He explained that Cardinal Wyszyński, the Primate of Poland, who was arrested and imprisoned, “was always a courageous Pastor according to the heart of Christ and a herald of freedom and human dignity.” Sister Elizabeth, who as a young girl lost her sight, “devoted her whole life to assisting the blind,” he added.

Finally, concluding his address, Pope Francis invited all those gathered to pray the Angelus, on this day “when we venerate the Most Holy Name of Mary”. Finally, he said, “with you and for you I say: Isten, áldd meg a magyart! [May God bless the Hungarian people!].”