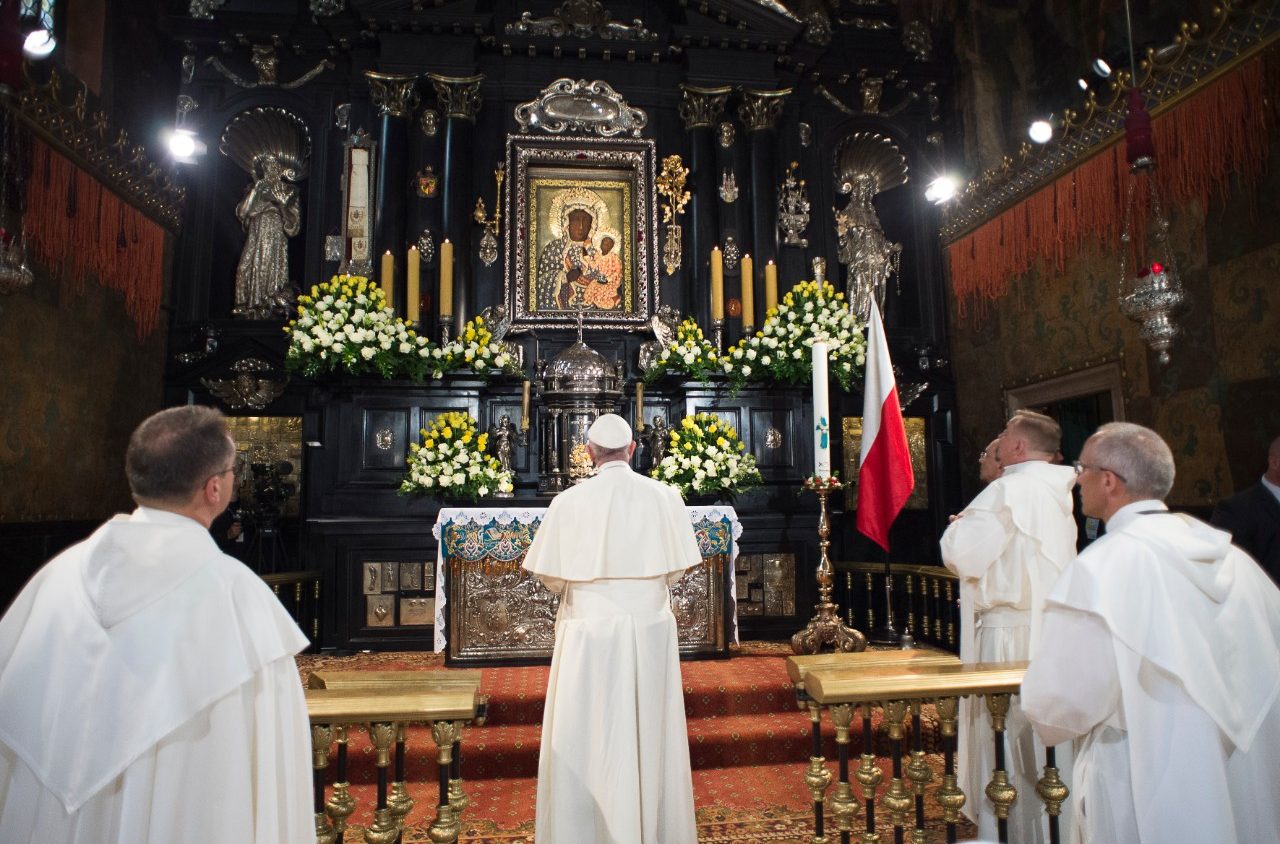 In his greetings during the Wednesday General Audience, Pope Francis looked ahead to the Solemnity of the Assumption of Mary, celebrated on 15 August.

Greeting the Polish-speaking faithful, the Pope recalled the Blessed Virgin Mary’s role in the “Miracle of the Vistula,” which took place 100 years ago.

On 15 August 1920, the Polish Army won a decisive victory over Soviet forces at the Battle of Warsaw, which was attributed to Mary’s intercession. The day is also marked as Polish Armed Forces Day.

“May the Mother of God today help humanity to defeat the coronavirus,” said Pope Francis, “and may she assure generous blessings for you, your families, and all the Polish people.”

He also expressed his spiritual support for the hundreds of Catholics taking part in a pilgrimage to the Shrine of the Black Madonna of Częstochowa.

“May this pilgrimage, undertaken with care due to the pandemic, be for all a moment of reflection, prayer, and fraternity in faith and love,” he prayed.

In his greetings to the English-speaking faithful, Pope Francis encouraged everyone to prepare themselves to celebrate the feast of the Assumption of Mary.

“May she guide our pilgrimage toward the fullness of Christ’s promises,” he said.

The Pope told the German-speaking faithful that the upcoming Solemnity “reveals the sublime dignity which God has bestowed upon humanity.”

“Let us ask the Lord for the grace of the humility of His Servant, so that He might do great things in us as well.”

Our Lady of the Assumption is also the patroness of France.

Pope Francis prayed the Mary might “strengthen [the] faith and hope” of the French people.

“May she help you always to resist selfishness, indifference, and individualism to build a more fraternal society built on solidarity.”

Share on FacebookShare on TwitterShare on PinterestShare on EmailShare on LinkedIn
Pope at Audience: Recognize human dignity in every personWCC celebrates Ecumenical International Youth Day 2020