Pope appeals for peace in Jerusalem amid ongoing clashes 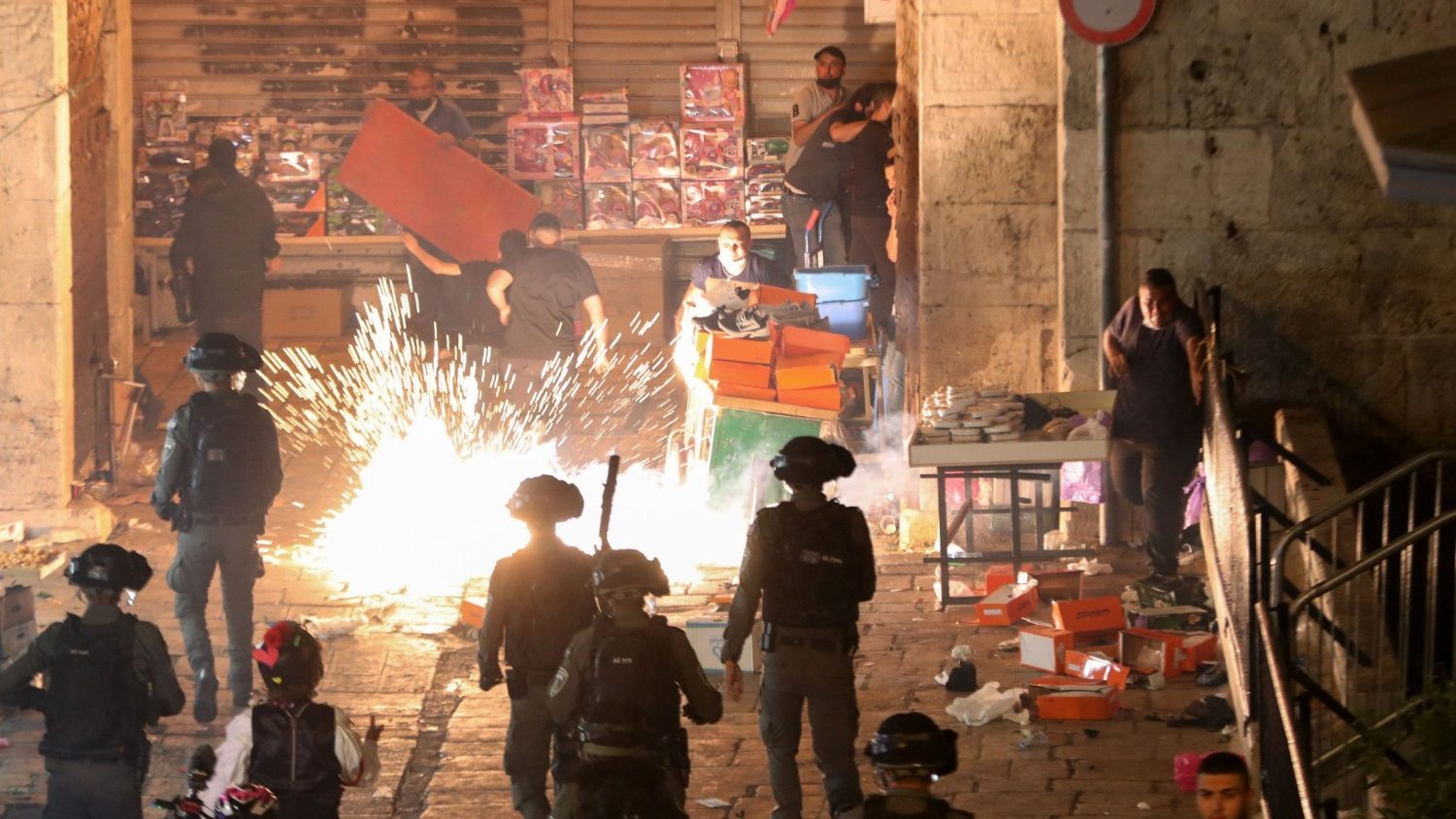 After renewed clashes in the streets of Jerusalem, Pope Francis on Sunday urged all parties to seek a common solution and put aside violence.

The Pope said at the Sunday Regina Coeli address that he is following the events in Jerusalem with concern.

“I pray that the city might be a place of encounter and not of violent clashes, a place of prayer and peace,” he said.

“I invite everyone to seek shared solutions, so that the multi-religious and multi-cultural identity of the Holy City might be respected and that fraternity might prevail,” said the Pope.

“Violence generates only violence,” he concluded. “Enough with the clashes.”

What’s the situation in Jerusalem?

The Pope’s appeal came following the latest in a series of violent confrontations which have coincided with the Muslim holy month of Ramadan.

The unrest was sparked when Israel blocked off a popular area where Palestinians traditionally meet at the end of their day-long fast.

That sparked a fortnight of clashes before Israel finally recanted and lifted the restrictions.

But the clashes resumed last week after Israel threatened to evict dozens of Palestinians from a district of east Jerusalem.

Now in the latest round of violence, 136 people were wounded at the Al-Aqsa compound, and elsewhere in Jerusalem, on Friday and Saturday nights.

According to the Palestinian Red Crescent, most were hurt after being hit in the face and eyes by rubber bullets.

Share on FacebookShare on TwitterShare on PinterestShare on EmailShare on LinkedIn
Pope calls Blessed Rosario Livatino a 'martyr of justice'Mother’s Day: Pope applauds all moms, mums, and mamas