Pope appeals for peace and support for war-ravaged Syria 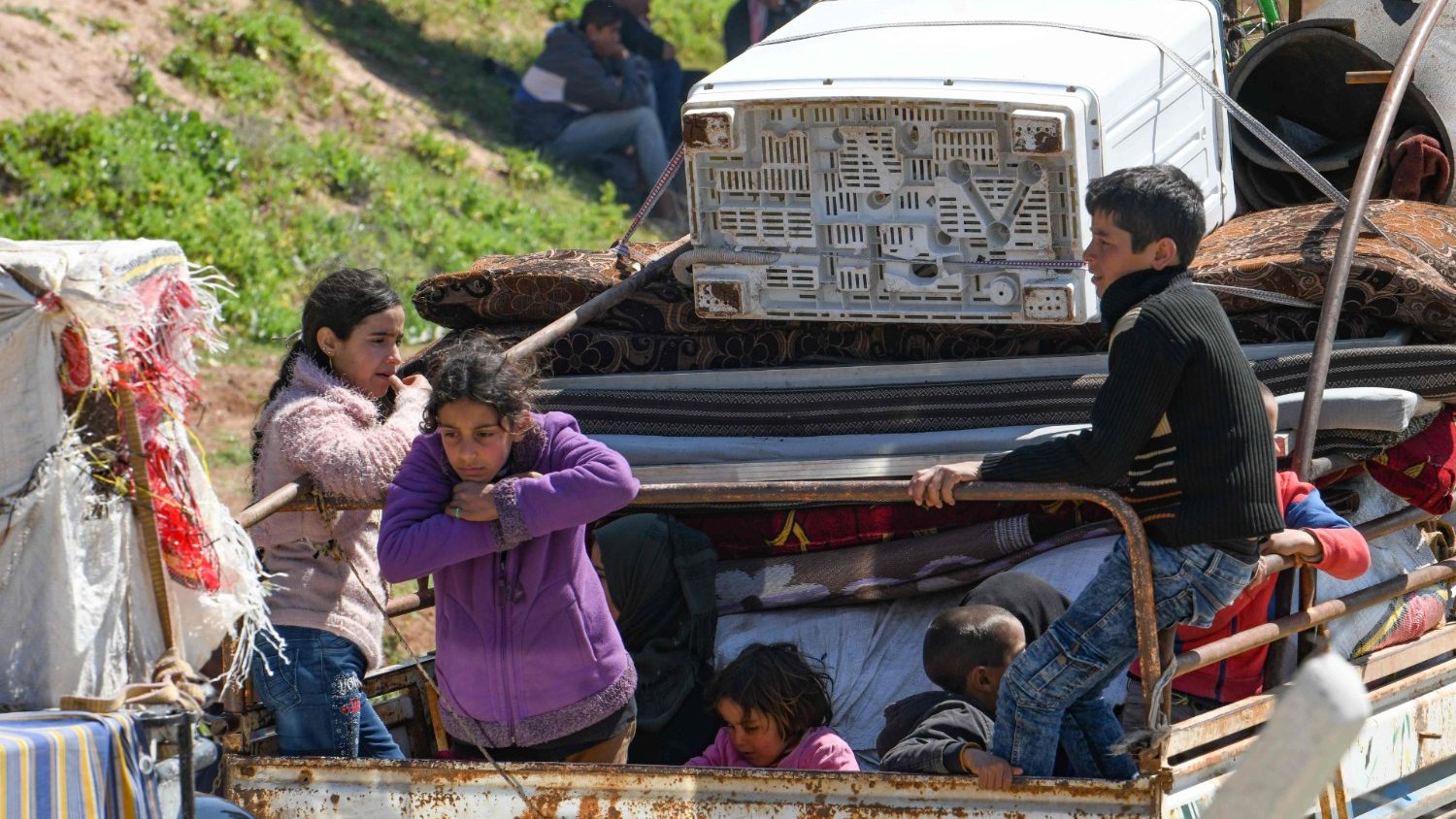 Pope Francis appealed for donor nations to pledge their support for the Middle East at the 4th Brussels Conference on “Supporting the Future of Syria and the Region”.

“Let us pray for this important meeting, so that it might improve the dramatic situation of the Syrian people and those nearby, especially in Lebanon, in this serious social-political and economic crisis, which the pandemic has made even more difficult,” he said at the Angelus address on Sunday.

The Pope mentioned the countless children who suffer hunger, and urged leaders to seek peace.

The Brussels donor-pledging conference takes place online on Tuesday, 30 June. The funding summit is being hosted by the European Union and co-chaired by the United Nations. Heads of several UN agencies are also participating.

Even though most of Syria’s relatively low number of confirmed Covid-19 cases have been identified in rural Damascus, there are serious concerns that Syrians – 9 in 10 of whom live on $2 or less a day – are dangerously exposed to the disease should it reach them.

The United Nations World Food Programme (WFP), the world’s largest humanitarian organization that is assisting almost 100 million people in around 83 countries each year, has warned about the spectre of hunger looming large over Syria.

WFP, which has made an impassioned appeal for funding to sustain its massive nutrition programme worldwide, estimates that 9.3 million Syrians, which is more than half of the country’s population, are now food insecure.

“Syria today is facing an unprecedented hunger crisis as the prices of basic foods reach levels unseen even at the height of the nine-year conflict,” said WFP spokesperson Elisabeth Byrs, noting a 200 percent food price hike in under a year.

The UN’s food-assistance agency is helping 4.8 million people with food assistance in Syria, but to continue the programme WPF urgently needs $200 million.

Unless new funding is available by August, WFP has warned that it will be forced to drastically cut rations, as well as the number of people reached with food as of October of this year.

Over 13 million displaced or refugees

With more than half of Syria’s pre-war population – over 13 million people – now displaced across the country or refugees, UN humanitarian coordinating body OCHA also echoed the need for international support at next Tuesday’s funding summit in Brussels.

“A generation of children has known nothing but hardship, destruction and deprivation,” said OCHA spokesperson, Jens Laerke. “Now over 11 million people still inside Syria need aid and protection. The economy across the region is imploding, in Syria it is imploding, not least due to the impact of COVID-19,” he said.

FacebookTwitterPinterestEmailLinkedin
Pope at Angelus: Gratitude is a sign of the kingdom of GodPope Francis: ‘There is no true love without the cross’