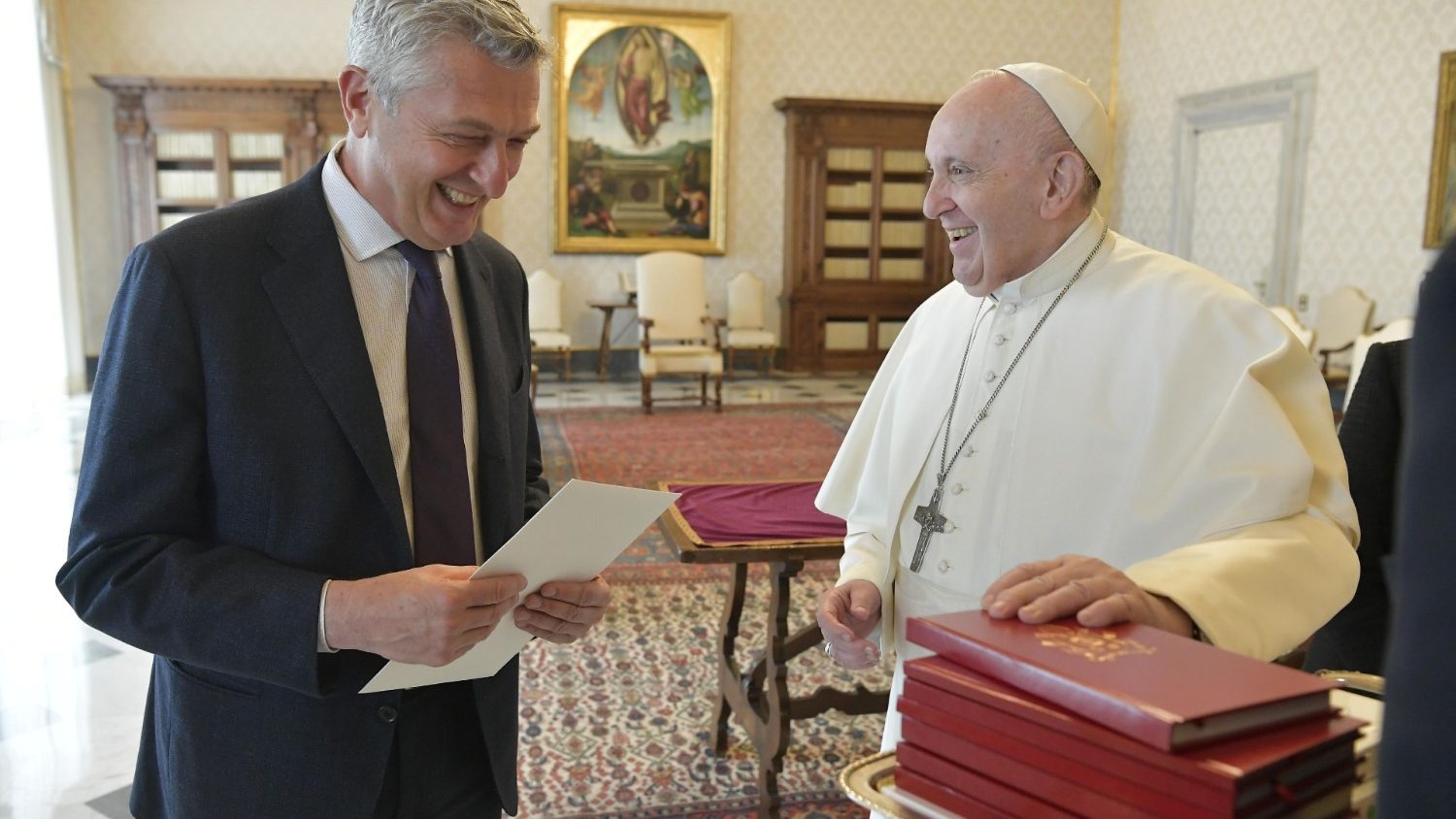 Never has the office of the United Nations High Commissioner for Refugees (UNHCR) dealt with the numerous emergencies such as migration, displacement, refugees and issues related to the forced movement of people, as in recent years.  The Covid-19 pandemic has added to the woes of these vulnerable people.  UN High Commissioner for Refugees, Filippo Grandi, discussed some of these issues when Pope Francis received him in a private audience in the Vatican on Friday.

Grandi praised the Pope for his holistic approach to problem of global displacement of people and the needs of the most vulnerable, including those forced to flee their homes, as expressed in the encyclical letter Fratelli tutti.

It was a very important meeting because the Holy Father “is probably today, in the world, one of the greatest champions of the cause of the most vulnerable”, particularly refugees and migrants, Grandi told Vatican News after the papal audience.  He said he came to draw strength and inspiration from the Pope, which he did.   “Today, I count my blessings,” Grandi said in a post on his personal Facebook account after the meeting.

The two discussed challenges regarding the protection of refugees around the world, such as the current difficult context, increasing conflicts  and other causes of people fleeing. They spoke about specific areas, such as Central America, Venezuela and Lebanon.

Listen to Filippo Grandi’s comments after meeting the Pope

Grandi said they also talked about the need for the European Union to equip itself with an instrument to deal with population movement to help member states overcome the shortcomings they are facing in this regard.  “This and others were the topic of our conversation but most importantly, I found once again in the message of the Pope the inspiration that we all need to be better in how we deal with others, especially the poor,” the UN High Commissioner for Refugees told Vatican News.

In comments to his agency, the High Commissioner said he highlighted the importance of strengthening cooperation between the Holy See and the UNHCR, in welcoming, protecting and integrating asylum-seekers and refugees.

“Pope Francis is the voice of the most marginalized people: refugees, the forcibly displaced and migrants,” Grandi said. “His tireless commitment has made a concrete difference in the response to those who are fleeing major humanitarian crises, by providing a safe place and effective assistance for integrating the most vulnerable in receiving countries”, he added.

UNHCR is looking forward to extending its existing partnership with the Vatican in line with the objectives of the Global Compact on Refugees, which aims at sharing responsibility with those countries hosting and supporting the largest numbers of displaced people.

The Holy Father gifted Grandi a signed copy of his World Day of Peace 2021, in which he expresses his concern over the extent of global humanitarian emergencies. More than 80 million people are forced to flee conflict, persecution and violence, with the poorest countries bearing the brunt of the world’s refugee crisis.

“Pope Francis is one of the greatest champions of the cause of refugees and migrants,” Grandi tweeted after the meeting.  “In a world which risks leaving too many behind, I went to see him today seeking strength and vision, and I left him determined and inspired to continue our work for those in need,” he added