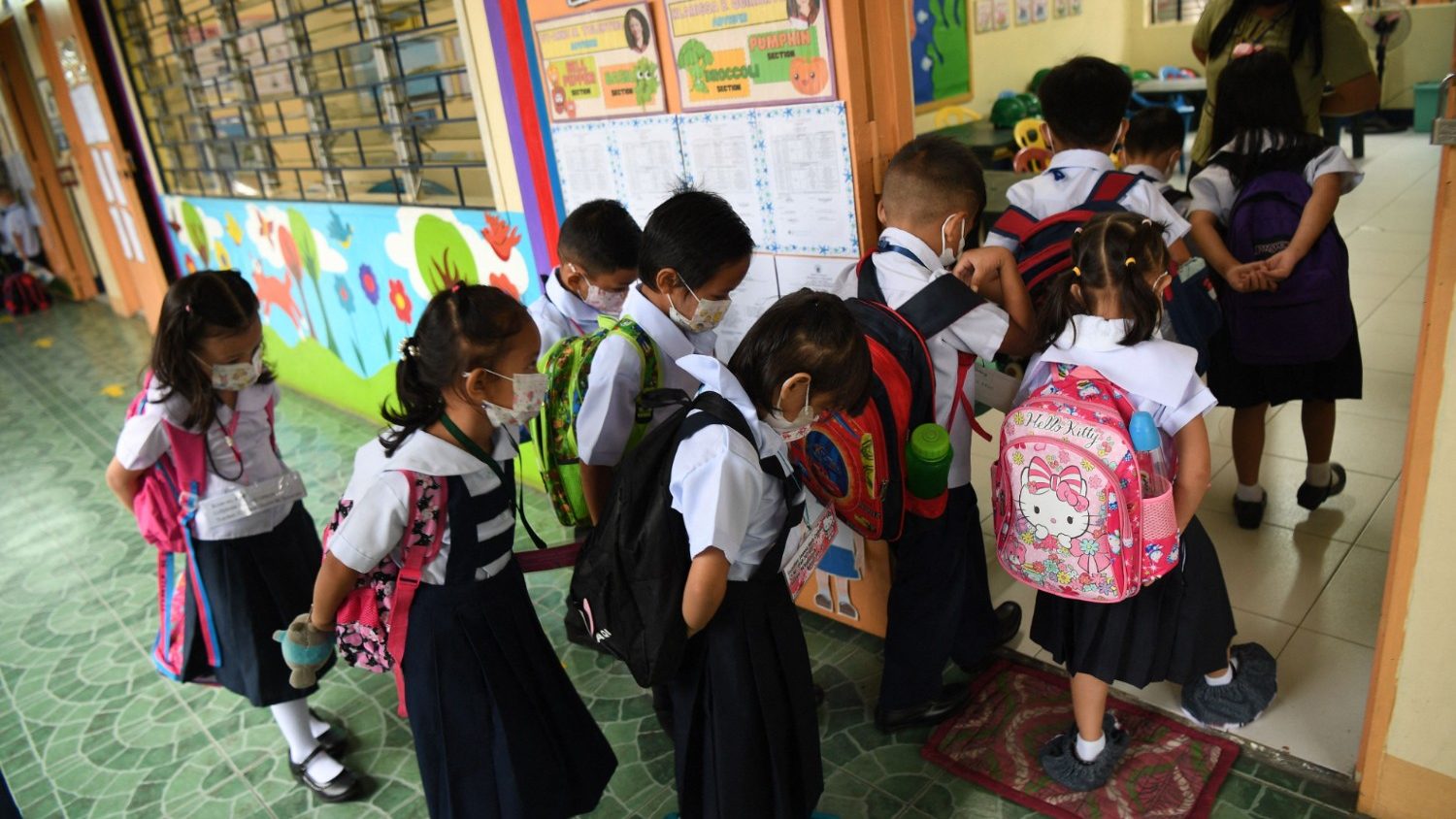 At least 860 out of 14,000 private schools have shut their doors permanently in the Philippines, many citing financial constraints due to the pandemic.

The Philippine Education Department opened a probe into the closures, which have affected nearly 60,000 students and 4,500 teachers.

Over 700 of the shuttered schools were run by Catholic institutions, representing nearly 85 percent of those affected.

Primary and secondary schools reopened across the Philippines on Monday this week, many for the first time since the Covid-19 pandemic struck over two years ago.

The Southeast Asian nation is among the last countries in the world to resume full-time, in-person lessons, and has been among the worst hit by the pandemic in the region.

Experts warn the gap in education could seriously affect literacy.

The World Bank said in 2021 that around 9 in 10 Philippine children were suffering from “learning poverty”, which is defined as 10-year-old children being unable to read and understand a simple story.

UNICEF, the UN children’s agency, praised the reopening of schools as “a great step in the right direction.”

The most recent of the Catholic-run schools to close was the Colegio de San Lorenzo, in Quezon City of Manila, announced on 15 August.

The school has begun the process of refunding student fees and transferring students to other Catholic institutions.

The Education Secretary of the Philippines, Leonor Briones, told reporters on 16 August that shuttered schools should be probed to see if their actions violated any laws.

Share on FacebookShare on TwitterShare on PinterestShare on EmailShare on LinkedIn
Pope Francis’ expected meeting with Patriarch Kirill is off after Russian Orthodox leader cancels Kazakhstan tripYou’re not a Bad Catholic. You’re just in your ‘Sleepy Peter Era’